Trailblaze Action Week occurred from Oct. 19 through Oct. 22, consisting of a series of events in which students came together to discuss and challenge rape culture on campus.

“[The purpose of these events] is to have a conversation about rape culture that is not the same message that we hear in the classroom,” said Collin Dobbins, a student and member of Trailblaze. “These are real issues that happen every day and need to be talked about.”

The events were hosted and planned by members of Trailblaze, a student-led organization that is dedicated to reducing sexual assault at Wake Forest. Each event was designed to promote student conversation about the issues surrounding sexual assault. Though the time frame was short, Trailblaze is aiming to create a campus-wide movement with lasting effects that promote a safer campus for all students.

Sexual assault is at the forefront of issues on college campuses across the United States. Many Wake Forest students believe it is time to get the problem of sexual assault out in the open, hoping that through education, discussion and new policies, sexual assault will be eliminated at Wake Forest.

In addition to participating in group discussion, students learned about factors that contribute to sexual assault, such as gender dynamics, hookup culture and media portrayal of rape.

As part of this discussion, Trailblaze posed the question “What does a safe campus look like to you?” on a message board outside the Pit. Students were allowed to write their responses, many of which indicated that they believed there was definitely room for improvement on campus.

Some of these responses included “[the ability to walk] back to my room safely,” “not ‘blaming it on the alcohol,’” “not having to worry about what I wear,” and “[the belief that] ‘no means no.’”

Trailblaze is trying to create this safer campus through examining and amending the current policy regarding sexual assault, as well as generating their own policy based on the week’s discussions and during Wednesday night’s policy Hack-a-Thon.

Other events from the week include teach-in modules on Tuesday and “Take the Lead” on Thursday. Both focused on motivating and empowering all university students to invest in ending rape culture on college campuses.

Students reflected on what they hope to see as a result of this initiative.

Before Trailblaze Action Week, most students were unaware of the sexual assault policy in place on campus. However, a number of students worked to create new sexual assault-related policy that is clearer, stricter and, most importantly, specific to Wake Forest.

Ground rules were established for all the discussions as a means to make the space inclusive and safe for survivors of sexual assault.

The Hack-a-Thon on Wednesday, Oct. 21, focused on specific areas in Title IX policy, such as Wake Forest’s specific definition of consent. Students were encouraged to examine the existing policy as well as formulate their own policy recommendations.

“Giving students a way to get involved with this kind of policy has never happened before,” Alexa King, the Trailblaze Action Week coordinator, said. “However, students should have an impact on this policy because it affects all of us every day.”

The change begins with the students, and through amending policy, members of Trailblaze are hoping and expecting to see positive changes on campus. Though it can be difficult to address this issue, talking about and taking steps to end sexual assault are crucial in creating a safer campus for all Wake Forest students. 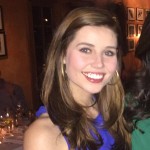 Shelby lives in Charlotte, North Carolina. She is majoring in Politics and International Affairs and Religion, and she is a member of Kappa Kappa Gamma and Student Government. Some of her favorite things are dancing, hiking and photography.