Many of us Wake Forest students may not have been alive during the O.J. Simpson murder case, which started in June of 1994.

But a recent television series by FX has brought that exact case back to light with the show, “The People vs. O.J. Simpson.”

Simpson’s court case was one of the most talked-about events of the 1990s, as Simpson was at that time a well-known television and advertising personality, after a successful career as a running back in the professional football league.

In June of 1994, Simpson was arrested under the suspicion that he had murdered his ex-wife and her then boyfriend. The whole country watched as Simpson assembled a team of lawyers to fight the charges and then prepare a legal counsel to hopefully find a way to avoid prison.

FX’s portrayal of the events with their series, “The People vs. O.J. Simpson,” has been critically acclaimed for doing a great job of representing the events at the time, but also highlighting important factors of the case that many Americans did not know about at the time. “The People vs. O.J. Simpson”  has an incredible cast, filled with actors who have had long and diverse experiences in show business.

Cuba Gooding Jr., who has starred in such movies as “A Few Good Men” and “The Butler,” plays the role of Simpson. Actor John Travolta, best known for movies such as “Pulp Fiction” and “Grease,” plays the role of Bob Shapiro. Actor Courtney Bernard Vance, winner of a Tony award and former actor on “Law & Order,” plays Simpson’s famous lawyer, Johnny Cochran.

The show highlights all the major points of the Simpson case, such as Simpson fleeing from the police in his white Ford Bronco and the assembling of his super team of lawyers. However, the show has also been praised for its ability to help set the social climate and landscape of the 1990s at the time.

The Simpson murder trial occurred in Los Angeles, California, a city that was still recovering from the 1992 riots. The riots were in protest of the Los Angeles police department, who was found not guilty of police brutality against an African-American Los Angeles citizen named Rodney King. “The People vs. O.J. Simpson” does a great job of highlighting how the effects of the Rodney King riots were used by Simpson’s legal defense in helping build his case against the Los Angeles police department.

Although the show will sometimes jump from subject to subject at a hard to follow pace, many of the episodes give interesting insight on how Simpson’s legal team found unique avenues to profess Simpson’s innocence.

The show is currently seven episodes into the series, and is still in the midst of Simpson’s famous trail. History shows us that Simpson’s legal team was able to get Simpson cleared of all charges, but many wonder how these final episodes will portray those happenings.

The show, which airs on the station, FX, has been running since Feb. 2 and will continue until March 26, when its ninth and final episode airs.

The show runs for approximately 60 minutes and airs Tuesday nights at 10 p.m. 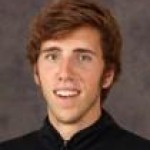