Melissa Jenkins, a professor with dual roles in the women’s, gender and sexuality department and the English department, coordinated the event in collaboration with Paige Meltzer, director of the Women’s Center.

Several years ago, the colloquium series grew out of faculty members’ desire to share their scholarship around women’s, gender and sexuality studies with their colleagues. The series shaped an interactive space for feedback on their works-in-progress such as chapters of a book project.

The lectures were soon thereafter opened to students.

“I think it’s an interesting opportunity for students to connect with their faculty as scholars that may not always be their experience in the classroom per se. You may not specifically be learning about your faculty member’s area of research,” Meltzer said.

“I like that there’s a platform for showcasing research through the department, especially as a [WGS] major who may be doing this type of work in the future,” said junior Clara Ortega. “Oftentimes, there’s a disconnect between what we talk about during lectures in the classroom and what our professors actually study.”

This divide is not endemic to one department which is part of why Meltzer seeks to feature faculty scholars from different fields, rotating across a diversity of disciplines.

“There are so many different ways that a critical lens around women, gender and sexuality can be applied in different methodologies, and it’s important to showcase that,” she said. “It pushes students to consider the ways in which this is a critical lens applicable and useful in a lot of different research.”

“As a postdoctoral fellow [Dr. Harrington] is a member of our academic community, and I want to be sure we learn her material while she’s here,” Meltzer said.

Harrington currently serves as a postdoctoral fellow in the department of politics and international affairs. Her research on race, gender and labor in Brazil takes an intersectional approach.

“Much of the literature available on police brutality in Brazil refers primarily to Brazilian men or simply ignores gender altogether,” Harrington said. “I contribute to current research on state violence and democratic inclusion by centralizing gender as an integral component.”

Harrington traveled to Rio, Brazil, for the Olympic Games this summer given her specific research interest in how people living in society’s margins are affected by the state’s “containment” of undesirable people and spaces during large events.

“Mass events create a very specific set of circumstances for police and public relations, especially in terms of black life and death,” she said.

At one point, Harrington asked her audience: “Is this sounding familiar?”

“During events like the Olympics, violence tends to increase towards transwomen since they often have to resort to prostitution as a way of living,” junior Dani Benitez said during the question and answer portion of the event.

Harrington went to Brazil with the intent to make observations and was unable to construct a data set and do interviews that would begin to fill the gap in the research base.

“[However,] there are researchers who engage these questions of transwomen, prostitution and sex work that increases tremendously during events like these, especially in areas of the world where black women’s bodies are thought to be accessible,” she said.
“Brazil is not an exception to this.”

Megan Rivenburg is a senior health and exercise science major and psychology minor taking an introductory WGS course as an elective. During Harrington’s lecture, Rivenburg was reminded of Sojourner Truth’s “Ain’t I a Woman?” speech in which the iconic abolitionist, women’s rights activist and former slave proclaims her intrinsic humanity in spite of a civil system that formally considered her chattel.

As Rivenburg reflected, “Afro-Brazilian women are women, too.” 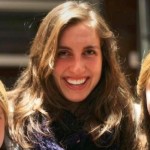