Growing up in East Asia with his father as an agricultural advisor for the American government, he never saw himself settling down in America. Anderson wanted to be overseas and out in the world having adventures; he wanted to be telling stories.

On Wednesday, Oct. 26, Anderson, an acclaimed American novelist, war correspondent and freelance journalist, arrived at Wake Forest as a part of a bigger initiative through the Pulitzer Center under director John Sawyer, called NewsArts — aimed at exploring intersections between news and art.

Anderson discussed his landmark narrative “Fractured Lands,” which discussed problems in today’s Middle East. The piece landed him the full issue of “New York Times Magazine” this August of 2016 as well as a recent Pulitzer Prize nomination. The piece was the Pulitzer Center’s biggest undertaking as well as the longest article in the history of the “New York Times.”

“About two and a half years ago the new Editor-in-chief of ‘New York Times Magazine’ had approached me about wanting something broad and comprehensive of the Middle Eastern region,” Anderson said. “He said with the right idea, I might be able to get the entire issue, which had never been done before.”

Over the course of 18 months, Anderson traveled around the Middle East and Europe to gather stories from the many who were fleeing war torn nations and some of whom were a part of that very demise. The result was a story told through the narratives of six different people from across the region. It is pieced together with characters fading in and out, resembling the free flowing movement of history as it truly unravels.

“The story was about 42,000 words,” Anderson said. “No one would read an essay that long, the only way to tell this story of really complicated history in a way people would want to read it was through personal stories.”

Anderson spent the beginnings of his travels searching for people to see who would be willing to share their stories with him. He traveled to the Greek islands where refugees were arriving from the Mediterranean Sea trying to find those key individuals that would become the major characters in his narrative.

“These weren’t hour-long interviews,” Anderson said. “You are spending days with them, you are becoming their friend.”

Anderson had to get beyond the surface level, to figure out if these individuals would be apart of something much grander then they realized.

One of the more complicated narratives comes from an ISIS fighter, who had shot six people.

Some people have criticized Anderson for writing generously about someone who is deemed a cold-blooded killer; however, he has another perspective.

“These are kids who don’t see a future. They have a lot in common with gangs we find in America,” Anderson said. “The need for power and respect for people with no power or future can be very alluring.”

Anderson never thought he would remain a journalist throughout his career. He saw it as a gateway until he made it as a novelist. However, the two, he believes, compliment the differing positions in his personality.

“With fiction, you are so within your own head,” Anderson said. “The wonderful thing about journalism is it is an incredible excuse to be nosey.”

At a time where media is produced in abundance through sound bites and what Anderson refers to as “the strobe light affect,” a need for long-form journalism and feature writing like Anderson’s has become much more important.

Long-form writing grants the ability to obtain an insider account in the midst of a crisis.

These aren’t just the dramatic war stories; they are the stories that demand to be told beyond a condensed strobe light word limit.

“You have to tell a personal story,” Anderson said. “You have to have the reader connect on an individual level or else it just becomes numbers. You need to do whatever you can to put a face to those names.” 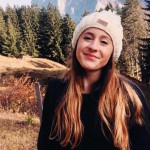