Four rows of faded plastic, multicolored chairs faced the front of the narrow room. In them sat the members of Inner Rhythm Choir, some smiling and talking to one another and some sitting quietly, staring ahead.

All were awaiting the start of what is, for many, a highlight of the week — Monday’s choir rehearsal.

“Oh my goodness, what a room full of people,” said interim choir director Rhonda Beasley, her sing-song voice carrying through the room and signaling the start of rehearsal.

As her hands lifted in anticipation of the first note, a collective breath was drawn. The faces of around 20 adults with varying mental and physical disabilities light up with recognition — it was time to sing.

This day, and every Monday for the past 37 years, Inner Rhythm Choir has met for rehearsal.

Since its inception in 1980, the Winston-Salem choir has served as a home for 20 to 25 adults with varying physical and mental disabilities. When each member arrives at rehearsal, they become a part of a larger group that worships together through song.

“I think music is the universal language,” said Jacki Rullman, who has served as the choir director of the group for the past 30 years.

For the past few rehearsals, however, Rullman has taken time away from her role to prepare for her impending cataract surgery.

“I demand things from them and they lovingly give it the best they can do,” Rullman said, noting the relationship she has built with the choir and its members over the decades. “We do like any good choir would do. We practice diction and dynamics and, you know, it’s done wonders for their speech.”

The room itself is framed by tan, brick walls. On the left is a bulletin board with a few Narcotics Anonymous listings and a church flyer posted on its cork surface. A wooden cross hangs on the back wall. At the front right corner sits an upright piano with songbooks full of sheet music stacked on top. To its left lies a wooden music stand with folders of rehearsal notes open for the director.

But in the middle of room are the forward-facing and multicolored chairs occupied by the choir’s members.

“They listen carefully to each other,” Rullman said, commenting on the way the group members sometimes find it hard to stop singing, but fall silent upon realizing a fellow member is performing a solo. They care for each other a whole lot. And they seem to look at a person for who they are and not how they look.”

“You don’t recognize the talents that are in these folks,” said Jane Davidson, the treasurer of the choir who has also served as the bookkeeper, performance coordinator and most importantly, a mother to one of its former members. “Just to look at them, you think, ‘My goodness, they have no ability.’ But, you know, there are roses out there, which you saw today.”

Not all members of the choir can sing, but all are welcomed into the group and are encouraged to use their respective gifts in rehearsal.

Valerie Williams taps the djembe and keeps the steady beat for the group during “Soon and Very Soon.” Greg Silvernail walks around the room before rehearsal begins, making sure everyone in attendance has signed their name with a blue pen on a piece of white printer paper. And toward the end of rehearsal, James Laudermilk’s fingers glide over the black and white piano keys as he plays “Amazing Grace” from memory.

As Laudermilk plays, some members of the choir gaze at his eyes that appear over the top of the piano. Others have their heads down or bobbing from side to side, keeping time with the steady beat. When it’s time for the choir to join, some mouth what words they can form, while others sing joyfully and confidently.

“Music just opens people up and you don’t know which ones are the roses in your garden,” said Katherine Hughes Cheney, a caregiver of a choir member who attended Monday’s rehearsal. 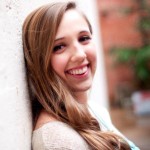