I have recently discovered the online lectures of an oddly controversial professor of Psychology at the University of Toronto named Jordan Peterson.

When speaking in the realm of politics and ideology, he often names a movement called Postmodernism, which refers to the contemporary movement of the political far left. Stepping slightly to the edge of his academic expertise, he reads the foundation of identity politics as a mapping of Marxist theory from economics onto group identity.

In the West, we like our capitalism and our consumer goods and we have come to value a healthy middle-class. The mainstream American does not feel socioeconomically disenfranchised enough to rally behind the classical push towards communism. Because of this — and gruesome reports of death and suffering abroad under communistic regimes — Peterson argues that many intellectuals, rather than confront the realities of Marx’s theory, changed the game of oppressor vs oppressed.

Instead of enemies by economic class, we are to be enemies by racial division or gender identity. Many concepts translate: class guilt becomes something like white privilege or whatever benefits are to be had by being cisgendered and heterosexual. Interpellation explains why some members of the minority class are not as gripped by the movement as others.

The cynical Marxist understanding of groups as interacting with the world only in a way intended to increase their status need not change at all in this translation. The suggestion that our hierarchies are completely arbitrary has in fact become even more potent, landing many Postmodernists with an unhealthy dose of relativism.

I have heard it said that there is no such thing as the objective world (a total assault upon my field of study). Belief in this makes total sense if you wish to tear apart the existing modernist power hierarchy, which demands that there is such a thing as upward progress and truth. This is why postmodernists insist that many things with an objective foundation are actually socially constructed. To the Postmodernist, the objective world becomes one of war over narrative and validation rather than a war of truth and fiction by means of reason.

The very act of arguing with those that do not believe in this framework of oppressed classes validates their narrative, and so the Postmodern left does not engage opposition in any productive way. Many who seem to rally with such cause have, because of this, hardly ever had to explain why they believe what they do.

In the few humanities courses I’ve taken, conversation dies and festers with such comments as “well, to whom do we give the right to speak on this issue,” as if our Constitution never attempted to guarantee the right of any individual to freely voice his or her view.

As politically left-leaning myself, I like to claim a more subtle belief than I may have portrayed. It is obvious that a reading of contemporary politics as neo-Marxist has its inconsistencies and omissions and, if one were to declare the postmodern movement as wholly negative, one may wrongly dismiss the tremendous good work of civil rights movements and activists in recent decades: not everyone in the political far left is fervently postmodernist. However, I do see many people using the honorable cause of civil rights as a front for a power-grab.

The Postmodern movement works against its enumerated goals. Instead of ending racism and gender and sex-based discrimination, it believes in labels of race and gender to a degree not seen in the mainstream right wing. Viewing groups as uniform (the ability to make blanket statements concerning one group or other) is what gives these labels their potent divisiveness; I see postmodernism as creating a very clumsy socio-political framework in precisely this way. 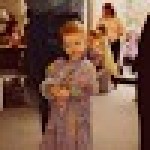