Chizoba Ukairo, who graduated in 2017, helped coordinate the dinner and also emceed the event. To her, the dinner was a starting point for building more programming around the relationship between Wake Forest and Winston-Salem.

“I think it’s going to be the start of a relationship where students can hear and work with councilmembers around the relationship of Winston-Salem and Wake Forest, and continue some of the work that’s being done and fill in gaps where work needs to be done,” Ukairo said.

One of the primary discussions at the event centered on the Boston-Thurmond neighborhood and gentrification. Gentrification is defined as “the process of renewal and rebuilding accompanying the influx of middle-class or affluent people into deteriorating areas that often displaces poorer residents,” according to the Merriam-Webster dictionary.

Ukairo went on to say that Wake Forest is becoming increasingly involved in Boston-Thurmond as the university continues to expand downtown and comes more into contact with the neighborhood.

“There’s lots of opportunity for community building and relationship development, but there’s a trust deficit currently between Wake Forest residents and Boston-Thurmond residents.” Ukairo said. “Wake Forest is getting more involved in the neighborhood, but also learning to do it with precaution.”

Freshman Abi Udaiyar attended the dinner and was able to draw a parallel between his time at the School of Math and Science in Durham and the similar environment in Winston-Salem.

“When I was in Durham, I definitely saw gentrification happening in the poor communities,” Udaiyar said. “Durham also has a relationship with a well-known private university, Duke, and that resonates a lot with what’s going on here.”

MacIntosh made a point about how the term gentrification often gets bundled in with other issues, which get talked about as gentrification when in reality they are not.

“I’ve been aware of the concept of gentrification for a long time, getting involved as an urban pioneer and having lived in some big cities and having watched the process of gentrification occur,” MacIntosh said. “I’ve been conscious of both the positive and negative effects. I think it’s important to understand what the level of that problem is, because the term gets used inappropriately. If we’re going to address gentrification, let’s make sure we’re addressing that.”

MacIntosh continued, “it is possible to increase property values in a neighborhood without doing that to the detriment of the people that are living there.”

Adams approached the question differently, and Ukairo seconded her call to research Winston-Salem’s past.

“It’s important we remember we are residents of Winston-Salem as students at Wake Forest. People come to college here and stay inside the ‘Wake Bubble,’ but there’s so much opportunity to learn about the food deserts here, the rich Moravian history and all that Trade Street and 4th Street have to offer, as well as their histories,” Ukairo said.

MacIntosh also touted the benefits of getting involved with the spirit of Pro Humanitate in mind.

“Stick around after graduation,” MacIntosh urged. “Get a job here. Bring your talents to use here in Winston-Salem.” 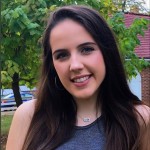