Everyone recalls when they moved into their first college dorm, officially known as Residence Halls, at Wake Forest.

A bundle of excited nerves knot in your stomach while waiting in the line of cars inching towards south campus. As you finally arrive and step into the North Carolina humidity, a flurry of thoughts rush by; you hope your roommate is clean, your hall mates are interesting and that Bostwick is not as bad as the Facebook group claims.

As you walk in the door, you’re greeted by the smiling face of someone who’s name has already popped up in your email inbox. This person has made everyone on your hall a personalized nameplate for their door, moved in weeks earlier than you did, and has been extensively trained to do their job.

Employed by the Office of Residence Life and Housing (RLH), resident advisers (RAs), are key figures within the Wake Forest community present to support students of all ages throughout their time on campus.

Many have speculated that potential applicants may have been deterred due to how RLH treats employees, as all RAs are paid the same despite wide discrepancies between number of residents, hours worked and job expectations. In addition, students who have been RAs for a year get no guarantee for employment in following years.

“There is a degree of uncertainty because you have to reapply,” former RA and junior Kari Burgess said. “I didn’t go through the process because I was only an RA for a year. Current RAs are given priority, but depending on the applicant pool and your own record, it’s entirely possible to lose the job.”

A commonly-cited reason for wanting to be an RA is a stipend and reduced housing rates. However, in comparison to other schools, being an RA at Wake Forest does not necessarily pay off.

According to the RLH website, RAs receive an annual stipend of $5,000, before taxes. They also receive a discounted housing rate, meaning they do not pay the full $5,367 per semester that a standard single room costs.

At Duke University, all RAs receive a unspecified stipend, free on-campus housing and a meal allotment. With a typical, air-conditioned single costing $5,610 per semester, the job of an RA at Duke already has a larger payout benefit than Wake Forest.

At University of Notre Dame, all RAs are granted a waiver for the fees of room and board, as well as a waiver for a meal plan and laundry service. This renumeration is valued at roughly $16,000 per year.

With Wake Forest’s RAs being compensated less than RAs at other comparable universities, the appeal of applying for the RA position decreases. Another deterrent was the length and intensity of the application.

Students applying for the RA position complete an application before participating in an individual interview and a group interview. If chosen for the position, all RAs attend two weeks of comprehensive training prior to move-in in the fall and in addition, new RAs must participate in a three-credit-hour, semester-long class.

Desirae Starnes, a former RA and current Office Assistant in RLH, had a great experience working with residents and loves being in the central office of RLH with the caring staff. However, she expressed unhappiness with the class.

“I just felt like it was unnecessary,” Starnes said. “You already go through training and put in a lot of time as an RA, so I’m not sure it benefited me personally.”

This appears to be a generally shared opinion. Junior RA Peter Schlachte thinks the class should focus on developing strategies tailored to resident’s interests that help foster community.

Schlachte has been an RA for two years. He loves the opportunity to connect with the community and work with an amazing staff, but struggles with his relationship with RLH administration.

“While [RLH’s] intentions are good, I think they focus a lot more on doing things for appearance sake than for the benefit of residents,” Schlachte said. “It becomes so much more about numbers than completing meaningful activities.”

When he recently voiced his concerns to RLH, the staff was incredibly receptive. Both RAs and RLH staff want to determine where the disconnect is between RAs’ conception of the job and what the central office thinks.

For example, RAs must plan 14 programs per semester with the purpose of fostering community and engaging residents.

“I know I’ve been guilty of planning a program solely to get [it] done because I know I have to hit that requirement,” Schlachte said.

Much of the work that RLH puts into tailoring students’ experiences may go unnoticed as, ideally, students would not encounter any significant problems during their time on campus.

In the past year, several RAs have either quit or been fired, which may have discouraged students interested in applying for the job. Students have also expressed that the demands of the job, general procrastination and the many unknowns present when you apply have discouraged them.

Not knowing your living situation or how many residents you will be responsible for, combined with the inability to live with friends, is a major deterrent.

Junior Easton Howard, who recently applied for a second year as an RA, believes more people would apply for the job if upperclassmen RAs could pull people into their suite. Some RAs are uncomfortable with where they live, making the job harder.

“You could be a better RA for your whole community and hall if you [could pull people in],” Howard said.

Another unknown is the number of residents. In freshmen dorms, a 1 to 25 RA to student ratio is typical. Upperclassmen dorms can range from the extreme of 1 to 8, a special case in Palmer last semester, or 1 to 60, as it is in Polo.

Many students also fear being assigned to work with freshmen. As new students to campus, freshmen rely more upon their RAs. However, upperclassmen RAs must put in more effort to make an impact in their community when residents are more autonomous.

The initial reaction for many RAs is to prefer upperclassmen due to a perceived lighter work load. Others believe that the jobs can require the same commitment if an RA is dedicated to fostering an engaged community.

“As upperclassmen, people already have an emotional support system,” junior Rebecca Merill said. “But upperclassmen RAs still need to identify where someone might have a problem and be active community members.”

Junior Miller Ligon says he has only seen his RA once or twice, and although he enjoys his RA’s relaxed manner, it causes him to see his RA as not putting forth a lot of effort.

It is this dichotomy that RLH struggles with. They strive to foster engaging and inclusive communities, but students are often resistant. The challenge is creating that community in a way that students are receptive and participatory.

“Many groups don’t like RAs because they’re seen as policy enforcers,” Ryan Carter said. “But we genuinely care about you and want to make sure you’re making the best decisions.”

RLH is taking steps to reinvent how students view the administration’s work and the position of an RA. However, they recognize that staff cannot fulfill everyone’s needs.

“We would never do anything purposefully detrimental to the student experience,” said Director of Residence Life Stephanie Carter. “But when you deal with close to 4,000 residential students it’s hard to keep everyone happy.”

To connect with their staff, the central office of RLH has been opening channels of communication by reaching out to RAs, entering buildings and welcoming feedback. However, the disconnect between the desires of community members, residence hall staff and RLH administrators cannot be solved overnight.

Merill believes that the culture comes down to how administrators choose to shape their program for the long term.

“RAs tend to be good examples of leaders in the Wake Forest community, being mentors to people without being public about it,” Merill said. “But when RLH tries to make an open community they [can close that community off] by being too pushy.” 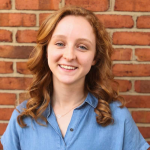