With the NFL draft a little less than three weeks away, prospects, teams and fans alike all look to Arlington, Texas, this year’s host site. Record-breaking attendance is expected in AT&T Stadium, the home of the Dallas Cowboys and the largest stadium in the NFL.

This will be the first time in NFL history that the draft will be held in an actual NFL stadium, allowing more fans than ever to get in on the action. NFL Senior Vice President of Events Peter O’Reilly has high expectations for this year’s event.

“The 2018 NFL Draft represents our most ambitious vision yet and we are thrilled to take the event to another level this year for our fans, incoming players and teams,” O’Reilly said in a statement. “By collaborating closely with the Dallas Cowboys and the Dallas Sports Commission, we are creating a record number of free experiences and enabling the largest live audience ever to view the NFL Draft.”

This potentially-historic draft will be held right on the field, with spectators viewing from the floor and stadium seats. All 32 NFL teams will have designated sections to spur on a little bit of healthy competition, with the biggest fans getting the opportunity to sit on the field in the “Inner Circle.”

The most noteworthy addition to draft day will be the revamped NFL Draft fan experience — the league’s largest football festival.

Current plans span across nearly 26 football fields to create a miniature entertainment district right outside of the stadium action. Fans of all ages will be able to put their skills to the test and get the true NFL experience. Games include a combine corner, training camp obstacles and even a Hail Mary test of long-distance accuracy.

Additional attractions available to fans are photo and autograph opportunities and pop-up NFL and College Football Hall of Fame museums.

All festival activities are included with registration for the NFL Fan Mobile Pass.

If that weren’t enough, following the first three rounds, the NFL will open up the inside of the stadium to the general public, which allows fans to get up close and personal with the stage on which the early rounds are held.

The first round of the draft starts at 8 p.m. ET on April 26 on ESPN/ESPN2. Rounds two and three will follow on April 27, and round 4-7 on April 28. Fox and ABC will broadcast parts of the draft, making this another notable historic moment.

The 2018 NFL draft has the potential to change draft day as we know it. Fans, teams and players are all in for a historic, Texas-sized experience that will have them all saying, “Everything is Bigger in Texas.” 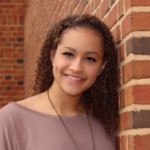