Hailing from Henrico, VA, junior Logan Harvey has made a tremendous impact on the Wake Forest Baseball program throughout his three years behind the plate.

As a sophomore, Harvey played in 62 games, making 59 starts both as a catcher and as a designated hitter. He finished the year with a .263 average and an appearance in the Super Regionals to cap off the team’s successful 2017 season.

Rated as a top-500 prospect by Perfect Game and the No. 15 recruit out of Virginia in 2015, Harvey is looking to take his team to another Super Regional and beyond this year.

Karlee Spirit: What made you want to play baseball? Who is your role model in the baseball world?

Logan Harvey: It was my dad that made me want to play baseball and the one who introduced me to it when I was really young. He played professional baseball himself, so it was only natural I was hitting a ball off a tee as a toddler, then eventually playing organized baseball. As for my role model, I’d have to say Yadier Molina of the St. Louis Cardinals. He’s pretty much the pinnacle of catching and he’s always been a guy to try and emulate.

KS: For all the curious baseball fans out there, does it get tiring squatting for nine plus innings as a catcher?

LH: It was definitely an adjustment from high school games that were seven innings to college games that are nine. Luckily I’ve  gotten used to it, but I can definitely tell the next morning when I’ve caught a game that went into extra innings or balls were deflecting into me. You definitely have more bruises than your teammates, but I enjoy it. I don’t get tired in the games as much as I’m sore after games.

LH: Without a doubt winning the Winston-Salem Regional against West Virginia in front of a record crowd at home last season. I was behind the plate for the championship game, and the game ended on a Griffin Roberts strikeout and I wound up on the bottom of the dogpile. It was a pretty iconic moment for us as a team and for the program as a whole, so seeing stories or pictures from that run last year is a really special moment.

KS: What do you like to do in your free time?

LH: Free time is obviously extremely rare, but when I have some down time I generally spend it playing videogames, fishing and even cooking to be completely honest.

All three kind of give me a chance to relax and get my mind off a bad game I may have had or even just doing those things with my teammates that help grow the friendships we all have.

KS: What is the key to a good relationship between you and a pitcher?

LH: Communication and trust go hand-in-hand without a doubt. There’s a lot of faith you put in a guy to throw the pitch you called and expect in the split-second of a 95 mph fastball, and a lot of faith he puts in me that I’ll catch it. It’s not just pitch-calling, but knowing when a pitcher isn’t in a good rhythm or isn’t having his best day is huge.

You have to be able to adapt and get the best out of your pitcher. Griffin Roberts has thrown to me for almost three years now and we joke that I can figure out what pitch he wants just by how he stands on the mound or how he looks at me. There’s a lot of stuff going on in the 60 feet between a pitcher and myself.

KS: What is the one thing that you know now that you wish you knew as a freshman?

LH: On a more serious note, I’d say just the idea that it’s alright to have a bad day or feel overwhelmed with everything.

There is so much change in your life already with just going to college in a new place with new people, and adding a division I sport just compounds this.

For a lot of people, it’s the first time baseball or school didn’t just come naturally, but that’s completely okay and that’s what I try to remind all the freshman when they get here. I’ve been through rough patches, and so has everyone.

It makes me feel accomplished when my guys will come up to me just to ask questions about classes or life or really anything, because that means I can be a person to go to if they’re feeling worried or stressed or whatever it may be.

If I can help then I’ll do anything for these guys, and if I can’t then I’ll point them in the direction of someone that can. 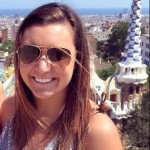