The Grey Eagle in West Asheville is inherently cool, so it’s no surprise that the taqueria-bar-concert venue combo attracts talent that matches the vibe. In the past, it’s hosted the likes of The Lumineers, The Avett Brothers, Nathaniel Ratcliff and more — all huge names now (if you’re into folksy-Americana-guitar guys — clearly, I am). Among the crowd of fans that attend these types of shows, in these types of places, it’s not hard to feel like you’re among familiar company. With exposed rafters, cinder-block walls and a barely elevated stage, watching performers at the venue feels more like listening to your best friend’s garage band — if your best friend had a really, really good garage band — and when the band playing for you is CAAMP, with their boyish charm and sweet sincerity, that feeling is amplified ten-fold.

Full disclosure, this was my third time seeing the band, so my bias when I say they put on an incredible performance is pretty skewed — but hey, maybe I’m the expert. Self-proclaimed “Ohio boys, making beautiful noise,” Taylor Meier (vocals, guitar), Evan Westfall (banjo) and Matt Vinson (bass) make up the trio of CAAMP. On Wednesday night, when they walked onto stage, they were met with a sold-out crowd’s hardly-ceasing cheers and started into “Vagabond” off their first, self-titled album. You would have been hard-pressed to find anyone that would disagree with their all-too-accurate endorsement.

With a Pabst Blue Ribbon in hand and red carnations decorating the brim of his cowboy hat, Meier was a vision of the sort of beauty-in-simplicity songs that he sang for the hour and a half show. He sang about Ohio, about love, about friends and about life; there was a Bon Iver cover and there were even songs I couldn’t name — ones off of their much-anticipated forthcoming album.

As confident as each was in their music, there was still a sort of shyness that crept into their performance — it came in the form of a sheepish and suddenly self-aware statement of, “sometimes you just gotta let the dog bark.” This followed a rambunctious rendition of “Just Wondering,” or with the humble, “thank y’all kindly” after unidentifiable “I love you’s” that came sailing to the stage from the crowd. All this (and the full-faced smiles that were ever-present on their faces) served to solidify their midwestern wholeheartedness and augment the genuineness of the night.

If I could strive to make one complaint against the boys, it would be that I didn’t hear some of my favorites songs, “Strawberries,” or “Misty” (for those of you wondering). Though, I’m sure leaving out songs from an already packed setlist will certainly be something recurring as they continue to truly come into themselves. Suffice it to say, CAAMP is one of those bands that’ll be selling out arenas soon — until then, though, I’ll take as many tickets as I can get for $15.  CAAMP will be returning to North Carolina play at “TuckFest” in Charlotte on April 27. 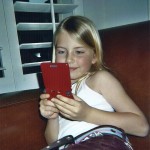