Surely, you’ve heard of Dortmund’s new striker. The Norwegian man with 11 goals in his first seven games. The man who scored twice against Paris Saint-Germain FC, giving him more goals on the season than Atletico Madrid and Barcelona. The man who won the Bundesliga Player of the Month award in January, even though he played barely 60 minutes during the entire month. The man, Erling Haaland, may be better thought of as a kid, considering he’s only 19 years old.

Erling’s father, Alf-Inge Haaland, also played professional soccer at the defender and midfielder positions. During his 13-year career, Alf-Inge Haaland played for Nottingham Forest, Leeds United, Manchester City and the Norwegian national team, scoring 36 times in 250 games. Erling Haaland already has 35 goals across his last two seasons between the Bundesliga, the top soccer league in Germany, and the Champions League.

The Norwegian sensation has taken the soccer world by storm since transferring to Dortmund at the beginning of the year. Erling Haaland, who stands at 6’4”, does not look like your typical 19-year-old, but then again, your typical 19-year-old doesn’t play in the Champions League, or score five goals in his first two games there.

Erling Haaland first began making headlines back in March 2019, when he played for Norway’s U-20 national team and scored nine goals in a 12-0 win over Honduras, the most ever by a player in the history of the FIFA U-20 World Cup. Since then, he played for Red Bulls Salzburg of the Bundesliga before transferring to Borussia Dortmund, another team within the Bundesliga, which also competes in the Champions League.

The unprecedented rate at which Erling Haaland is scoring (a goal every 22 minutes, on average) is in large part due to the optimal scenario in which he has found himself. For Dortmund, the 19-year-old doesn’t have to worry about pacing himself as he comes on as a substitute in most of the team’s games. Had Erling Haaland transferred to a larger club, such as Real Madrid or Barcelona, he likely would not have found himself with the playing time he has with Dortmund.

On the pitch, the striker has lightning-fast speed, enabling him to torch defenders on through balls played from the midfield. Once in the final third, Erling Haaland has a knack for being in the right place at the right time and burying any crosses or passes that come his way. Most of his goals come from within the 18, but the teenager isn’t afraid to rip it from outside the box. In a game against Paris Saint-Germain FC, Erling Haaland hammered home a thunderous strike from the top of the circle that soared past the keepers outstretched arms before finding the back of the net.

Erling Haaland’s unquenchable thirst for goals has led some to draw comparisons to some of the sport’s most elite.

One such example is the Polish striker Robert Lewandowski, who is largely regarded as one of the paramount strikers of his generation. Both players are tall and strong, and they play with conviction and score consistently with, what seems to fans to be, ease.

Erling Haaland is yet another face of the youth movement driving sports across the globe. In the past few years, the sports world has been introduced to young stars across a multitude of sports. In the NBA, 20-year-old Luka Doncic is almost averaging a triple-double per game. Fifteen-year-old Coco Gauff is currently ranked No. 51 in the world by the Women’s Tennis Association and has already won a singles title, making her the youngest woman to do so since 2004. Kylian Mbappe, the 21-year-old French phenom who plays for PSG, has 74 goals over his last three seasons (between the top soccer league in France, Ligue 1, and the Champions League) in addition to the four he scored in seven games during France’s 2018 World Cup Championship run.

Like all these other young competitors, the prime of Erling Haaland’s career is long ahead of him. Given time, the striker will continue to grow stronger and faster,  his game will improve, and defenders will be forced to compensate. For the teenager who scored a hat-trick in 23 minutes during his Dortmund debut, the sky is the limit. 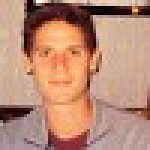