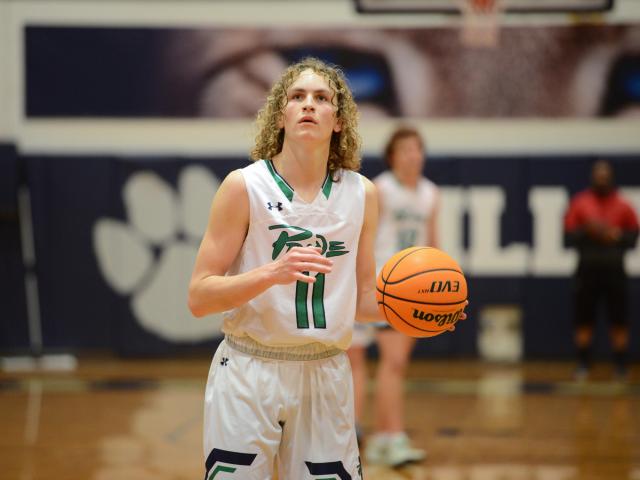 Whitt, a native of Raleigh, NC, played his first three years at Leesville Road before announcing his transfer to New Hampshire’s Brewster Academy. Although rumored to be considering reclassifying to the Class of 2020, Whitt is on track to graduate from Brewster early and may enroll at Wake Forest as early as this December. If he does so, he would likely redshirt this season, thus preserving his four years of eligibility. Being from North Carolina, Whitt is well versed in the history and pageantry of the Tobacco Road schools.

“[Coach Steve Forbes believes that] Wake is going to be ‘the’ school in the state of North Carolina, and that’s the type of coach I want to play for. We’re going to be the best team in the state,” said Whitt in an interview with 247’s Les Johns.

As a junior at Leesville Road, Whitt averaged 22 points, nine rebounds and eight assists a game while leading the Pride to a 21-8 record. According to high school basketball analyst Brian Snow, Whitt’s strengths are his feel for the game and high basketball IQ.

Snow also notes that Whitt excels at leading fast-breaks and pushing the ball up-court, something that should bode well with Forbes’s aggressive offensive style. Offensively, Whitt shines in the pick and roll, and he has a keen ability to attack the hoop and finish through contact. His shooting has dramatically improved since his freshman year at Leesville, but further room for improvement remains.

In an interview with Sports Illustrated, Whitt mentioned his good relationship with Forbes. “He’s a guy I can talk to about anything, and most importantly, I really trust him,” Whitt said. “I think it’s the best fit for me because Coach Forbes runs a guard-driven offense that allows for a lot of freedom. I’ll be able to have the ball in my hands to create, which is when I’m at my best.”

A common theme seen through analyzing Whitt’s game is that he makes the players around him better. Whitt intends to continue that trend, telling Sports Illustrated that he’s reached out to 4-star center Jonas Aidoo, 4-star forward Alden Applewhite and 3-star wing Lucas Taylor. All of them have outstanding offers from Wake Forest.

Whitt, whose father graduated from Wake Forest, toured the campus in 2019 with former Wake Forest Head Coach Danny Manning, but has not been back since. COVID-19 has impacted collegiate athletics in many ways, but the strain it has placed on recruiting and building relationships cannot be overstated. “I can’t tell you guys how relieved I am to have this decision out of the way,” Whitt said. “It’s been stressful, but I know I made the best decision for me and that’s what I’m most happy about.”

Currently rated as the best player from North Carolina, Whitt will join South Carolina native and 4-star combo-guard Robert McCray IV in Forbes’s inaugural class. The class is currently ranked #28 in the nation and #5 in the ACC.