Maya Moore: Much more than an athlete 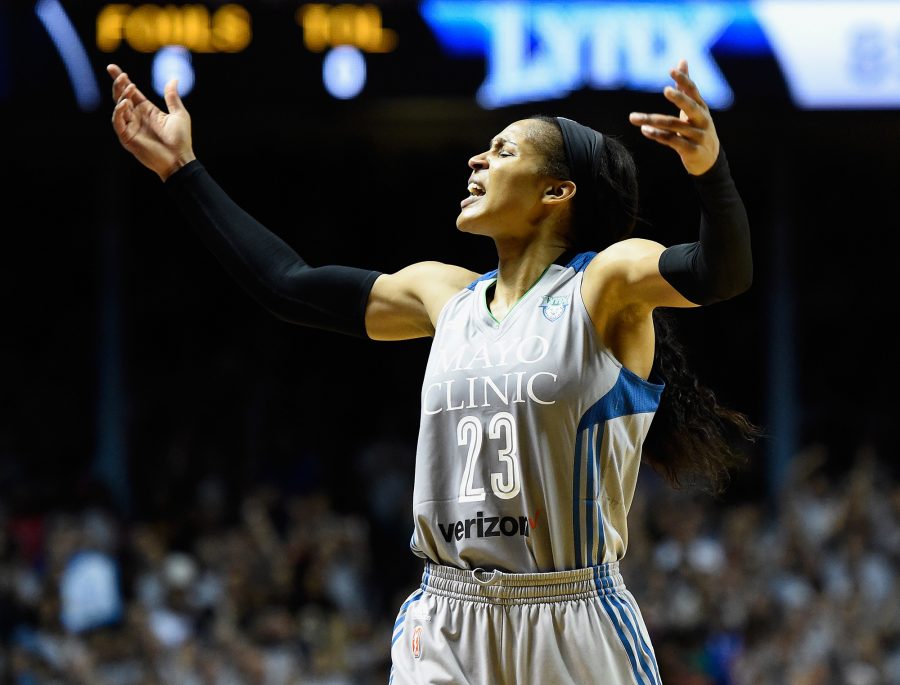 Maya Moore of the Minnesota Lynx pumps up the crowd in the final minute of Game Five of the WNBA Finals against the Los Angeles Sparks on October 4, 2017, in Minneapolis. (Hannah Foslien/Getty Images/TNS)

“More than an athlete.” It’s a term popularized by LeBron James imploring athletes to use their platforms to affect social and political change across the country. It’s also a term that Maya Moore clearly takes to heart. Moore, a 6x All-Star, 5x WNBA First-Team honoree, 4x WNBA Champion, 2014 WNBA MVP and flat-out one of the “nastiest” women’s basketball players to ever grace the hardwood, announced in February 2019 that she would be taking a sabbatical in order to find her life’s purpose. She said at the time, “I’m sure this year will be hard in ways that I don’t even know yet. But it will be rewarding in way’s I’ve yet to see too.” Over the next few weeks, it would become clear that Moore saw criminal-justice reform as a major part of her calling.

Even before she left the WNBA, Moore spoke about how her great-uncle’s work in a prison ministry had a big impact on her. However, there was one incarcerated man’s case which stood out in particular: the conviction of Jonathan Irons.

In 1998, Irons was sentenced to 50 years in prison for first-degree assault, first-degree burglary and armed criminal action charges. No blood, footprints or fingerprints tied him to the crime, yet he was found guilty by an all-white Missouri jury. Irons was 16 at the time. Irons and Moore first met in 2007, before Moore’s freshman season at the University of Connecticut. Moore, who believed Irons had been wrongfully convicted, became increasingly involved in the fight to exonerate him, attending his hearings and visiting with him and his defense team during her time away from basketball.

Last October, with Moore watching, Irons took the stand in shackles and stated his innocence, facing cross-examination from the prosecution — something a public defender had dissuaded him from doing during his initial trial, citing his youth and lack of education. At the time, Moore believed that this was a huge step in overturning Irons’ conviction. Nearly eight months later, Moore’s words held true as Irons walked out of the Jefferson City Correctional Center a free man after a judge had overturned his conviction four months earlier.

“I feel like I can live my life now, I’m free, I’m blessed, I just want to live my life’s worth of God’s help and influence.” Irons said upon his release, just before taking his first steps as a free adult. “I hope to be an agent of positive change, I want to encourage and inspire people and share my story with whoever will listen. I want to be an advocate, part of the conversation going forward, for justice and police reform.”

It looks like Irons will have some companionship in his fight for social justice; just last week, he and Moore appeared on Good Morning America to announce that they had gotten married over the summer. “We wanted to announce today that we are super excited to continue the work we have been doing together but doing it as a married couple. We’re excited to share this new chapter of our life together,” Moore said, through a beaming smile.

Moore compared the overturning of Irons’ conviction to lifting a Final Four trophy, saying when she heard the news that she felt “redemption” for taking time off basketball. Maya Moore’s story is a reminder to all of us (especially Laura Ingraham) why it’s so important for our athletes to be “more” than just athletes and they should never be told to “shut up and dribble.” Now, it’s time for us to shut up and listen to their message.