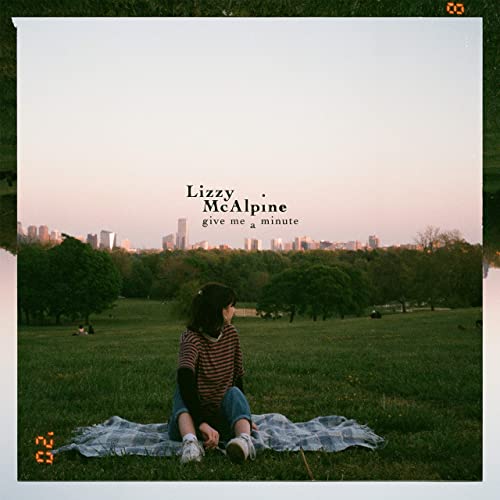 I honestly didn’t think finally succumbing to social pressure and downloading TikTok for entertainment purposes over quarantine would have a major impact on my life. But I was very wrong. Among the cooking tutorials and  point of view (POV) videos I came across a 32-second-video of Lizzy McAlpine singing in her shower. In the clip she sits on the floor of a bathroom with her guitar, and sings a quick verse entitled “1975.” That video now has over seven million views, and the sound has been used over 2,500 times by other users. I probably account for at least 200 of those views alone. It only took that one clip, and I was hooked. So I followed her Instagram and enjoyed her melodic voice every time I managed to catch a Live or when she would post short videos. Out of curiosity I clicked the little link on her profile to see which accounts we had in common. Among our shared follows were all my favorite artists, which I took as a sign that there were good things to come.

Little did I know I would be graced with the single greatest album I’ve ever heard. Saying that feels like hyperbole, but it’s not. The album is one of the most sonically and lyrically beautiful collections of sound that I’ve ever been lucky enough to listen to. And I do mean lucky; I followed her in mid-July and she released her album, Give Me A Minute on Aug. 13. Rarely in life are we so immediately rewarded with the art of our favorite artists so soon after recognizing we cherish their work. I was lucky.

Let me warn all of you that I am not a typical music listener. I can listen to a single song for hours and never get sick of it. In terms of genre preferences, I really only have one criteria: I have to know the words, so that I can sing along. Despite singing about singularly personal experiences, I find that her music is special because I can connect to it on an emotional level. In “Apple Pie” she sings about finding a place that feels like home, the smell of apple pie isn’t home to me specifically, but I recognize the searching feeling she describes. McAlpine’s lyrics sneak up on you, the melodies are soothingly catchy, and you’ll find yourself humming along to the chorus of “Headstones and Landmines” before you realize that you too know the numbing pain of loss.

The instrumentals remind me of Nora Jones (hello cymbals), but McAlpine’s voice is entirely her own. She clearly sings her own harmonies, and layers them gently one after another, until the sound envelops you in sweet tones. If the lyrics and melodies weren’t enough, the production is so intentional with each song, you can hear each decision being made. I mean, the violins on “To the Mountains” alone is criminally perfect. My favorite song on the album rotates every week with my mood. Last week I would have said, “Pancakes for Dinner” but now it’s “To the Mountains.”

“To the Mountains” is the perfect song to play driving through the North Carolina mountains in the fall. It elicits visions of sunset colored trees, the music swells like the hills and valleys of Highway 52. The song itself has faint bird chirping laid over the breaks between lyrics, as though if you close your eyes McAlpine is sitting outside singing directly to you.

The protagonist of The Catcher in the Rye, Holden Caulfield, has a quote: “What really knocks me out is a book that, when you’re all done reading it, you wish the author that wrote it was a terrific friend of yours and you could call him up on the phone whenever you felt like it,” and that’s how I feel about this album, I wish I could just call McAlpine and pester her with my questions. Now that I’m sitting down and thinking about my relationship with this music as a whole, I’m finding that it was kismet. Destined from the start. I found the artist through a random app algorithm. The album was released within weeks of her music being on my radar. After falling in love with it, I internally dreamed of how rich and lush each song would sound on vinyl, and the next week funds for a record edition were being raised on Bandcamp. Even the cover art appears to be taken from Primrose Hill in London, the park next to the Worrell House where I studied abroad. I honestly don’t know if you should listen to it, I’m starting to feel like Give Me A Minute was written just for me.