A24 documentary is purposefully political 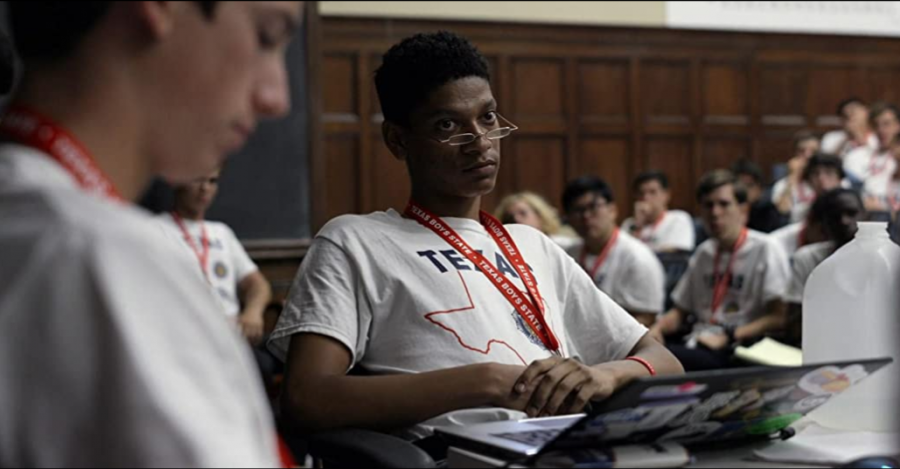 Amanda McBaine and Jesse Moss’s Boys State, released earlier this year to Apple TV+, explores the all too readily extrapolative proceedings of the 2019 American Legion Texas Boys State. The film, produced in partnership by A24 and Apple Original Films, is a political spectacle — a tragic comedy animated by 1,200 adolescent ideologues vying for social capital, leverage and dirt. Boys State will inspire little optimism in the future of our political machine and those who will helm it. The film’s conceit is fairly heavy handed, and its cynical view of democratic politics is certainly a view already shared by many. But, to use the parlance of my own cohort of adolescent-minded boys, Boys State is certainly clown.

Every year, unbeknownst to me, the American Legion (an organization of American military veterans) hosts a sizeable swath of politically minded highschool aged boys (in this case, politically minded Texan boys, which feeds into the humor) for a week of political jockeying and bureaucratic intrigue. Notable alumni of Boys State include Samuel Alito, Beau Biden, Cory Booker, Dick Cheney, Bill Clinton, Tim Cook, Mike Huckabee, Chuck Grassley, Tom Cotton, Michael Dukakis, Tom Brokow, Chris Christie, Rush Limbaugh, Tim Scott and Scott Walker. Throughout the week, the Boys must develop party platforms for whichever faction they are assigned, elect party leaders and vie for the (meager) bipartisan support necessary to elect their chosen gubernatorial candidate. The result is basically a LARPing (Live Action Role Playing), Lord of the Flies-esque experience that illustrates the ease with which the politically minded among us can adopt less than ethical values and practices in the pursuit of power.

The film follows a handful of participants as they seek electoral support, prepare and deliver speeches and seek to quell the body politic’s impulse for shenanigans. The anonymous mass of predominantly white Texan teens is at times itself a character, and numerous scenes — particularly those portraying speeches — contrast familiar characters who are followed throughout the documentary with the remainder of the party’s membership. The audience — the boys who aren’t primary characters in the film but exist in the periphery — is almost always a highly boisterous one, and is certainly given to vocalizing their support or disapproval of policy and rhetoric. One would rarely hear such audible asides from DNC and RNC audiences, but the lax attitudes and relatively low stakes of Boys State is conducive to speaking one’s mind. Among the general Boys State population, calls for secession from the nation were common — for apparently no other reason but that doing so would be funny. 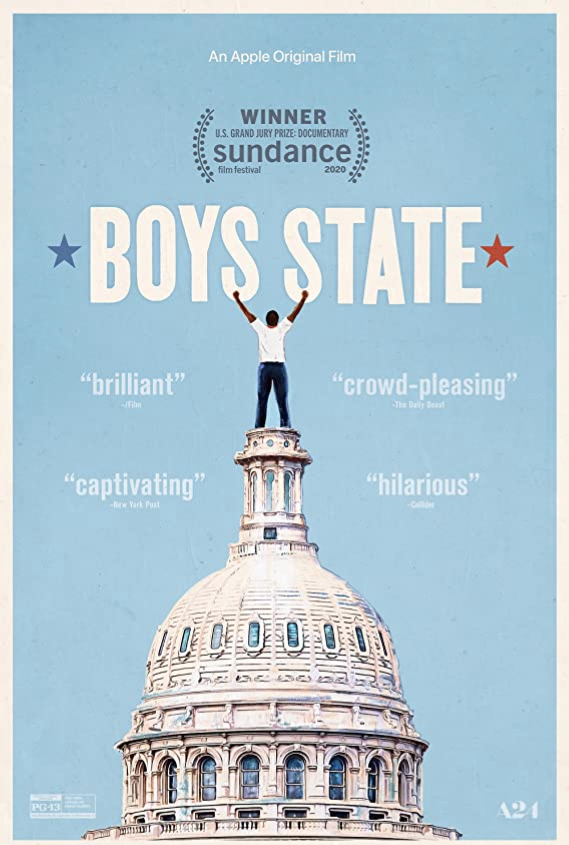 The boys who make up the characters of this film are both idealists and schemers (Photo courtesy of imdb.com)

Heckling was also a common form of communication between the population and those in power. The Boys State hecklers, by shouting their opposition to certain policies or elected persons during speeches and in formal settings, illustrate a certain barrier to communication that exists between the general public and the governing elite. The disruptive nature of the hecklers, whose vocalized political desires often encapsulated right leaning positions on guns and abortion, seemed to convey a sense of disconnection — not only a dissonance in the political values themselves but in how these values are communicated and engaged with. They constitute a chorus of nobodies (nobodies, that is, from the documentary’s perspective) who must shout in order to be heard and who must do so at unconventional times in order to magnify the gravity of their remarks.

Another discomforting, albeit intuitive and fairly unsurprising element in the Boys State political process, was the use of social media as an opinion-swaying tool. It isn’t clear whether the advent of targeted social media activities in the documentary was a decisive moment in the campaign; however, the use of memes (at least one of which was racist) as a means of lampooning oppositional political figures and their policy stances seemed to suggest that similar forms of offensively satirical political discourse are on track to become mainstays in the American political landscape. Just as the body politic was often prone to heckling as a means of communication, memes represent another subversive communication channel wielded by the masses when formal avenues for discussion and participation are less viable.

Much of the appeal of Boys State lays in the typologies of political identities the main characters reveal. The campaign appears to pit hopeful idealists against cynics and schemers, leaving the former feeling violated and resentful, and the latter boastful and self-righteous. However, most interesting to me was the fluidity of the Boys State collective — the ways the anonymous boys responded to, and sought to shape, policy and persona through increasingly contested forms of communication and embodiment. How vested were those with little to lose or gain? Did they care about the political process? What was more important, generating widespread support for an agreed upon set of policies or generating and exploiting controversy surrounding your opponent? McBaine and Moss’s film captures an eerie, albeit obvious, incongruity in the democratic process. But don’t watch it for the value of its commentary; watch it because it’s funny despite its seriousness and heartwarming despite its cynicism.