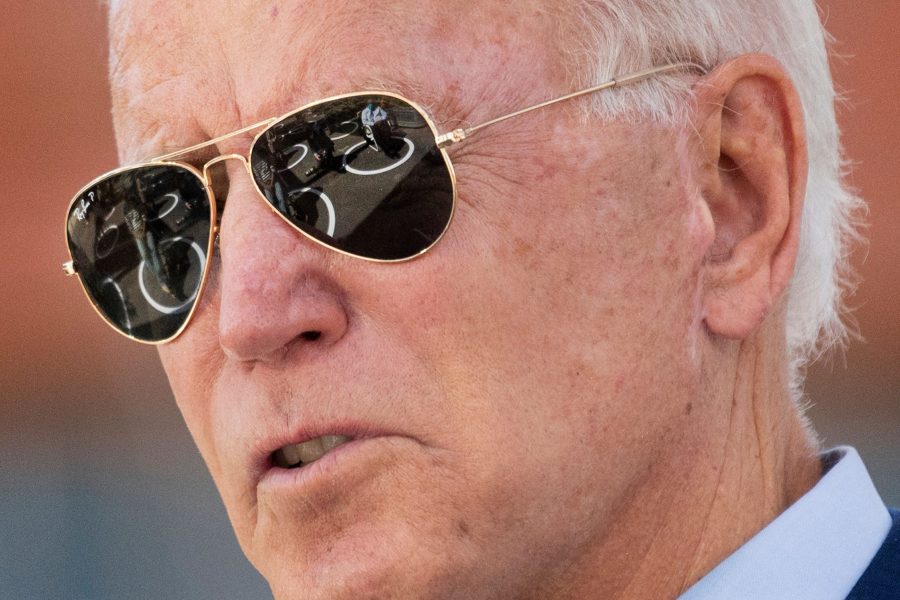 This weekend, at a campaign rally in Fayetteville, NC, President Donald Trump took to his podium and declared, “If I lose to him, I don’t know what I’m going to do. I will never speak to you again … You’ll never see me again.” Of course, Trump’s grandstanding and feigned bewilderment were directed towards his 2020 election opponent, former Vice President Joe Biden.

In response, the Biden campaign team carried out a tactic that they are well-versed with: using Trump’s own words against him. In a Twitter post, Trump’s remarks are followed by a picture of a grinning Biden, coupled with patriotic fanfare, announcing, “I’m Joe Biden, and I approve this message.” Joe Biden seems to have read up on GenZ humor.

As creative as this brief yet striking response is, it indicates an overall directive that may be hurting the Biden Campaign overall. The general trend is as follows: Trump makes a remark, and Biden reacts. Examples are abundant. Similar instances include his biking ad in response to Trump’s coinage of “Sleepy Joe,” his visit to the city of Kenosha following Trump’s, and his explanation that the riots’ violence came under Trump, not him.

So, this begs the question: Is being the anti-Trump candidate enough? Some critics, such as David Zurawik from the Baltimore Sun, have their doubts. “We are facing monumental, existential issues with COVID-19, a reeling economy, a growing gulf between the rich and almost everyone else, and what some see as a cold civil war with what remains of the long-dominant white culture trying to hold back the inevitable tide of multiculturalism and a new order of shared power.”

Others with this stance push Biden to move past harking on Trump as the central issue of his candidacy and craft a different message. They hope for more. For example, Angela Rye, Democratic strategist and previous member of the Congressional Black Caucus, stated Biden “should be focusing on a winning message of justice and equity rather than doubling down on Trump rhetoric.”

Although ‘Never Trumpers’ and further left ‘Bernie Bros’ can agree that they would prefer Biden in office rather than Trump, this cannot be the sole message in their minds. Serious events are occurring in the world right now. Lives are being tangibly altered by the pandemic, police brutality, and climate change. An onslaught of questions and concerns are not in the spotlight, and this is problematic.

[Others] push Biden to move past harking on Trump as the central issue of his candidacy and craft a direct mesage.”

According to the Washington Post, “The Biden Campaign raised a record breaking $364.5 million in August,” which allows him to outspend Trump in campaigning advertisement. The fear is that, with a major focus as the response to Trump as opposed to Biden’s own narrative, this fleet of advertising will not do much good. Those who do not agree with a Trump-centric narrative argue that this money is being used to state something that is already in the public eye – many people do not want Trump in office and Biden is the only alternative.

However, those who agree with Biden’s current platform have valid reasoning as well. They applaud Biden’s limited press conferences and sparse number of events that allow him to avoid being linked too far to the left. As a result, Biden is able to maintain his position as a “not too extreme, but reasonable enough Democrat.” By doing so, he has picked up votes from centrist white voters, playing the moderate card. Additionally, through his multi-racial coalition he hopes to attain minority votes.

Yes, this is a “once in a lifetime opportunity to make hope and history rhyme.” Is Biden squandering said opportunity by not inciting enough hope and a want to truly go to the polls for HIM as a candidate? Only November will tell.