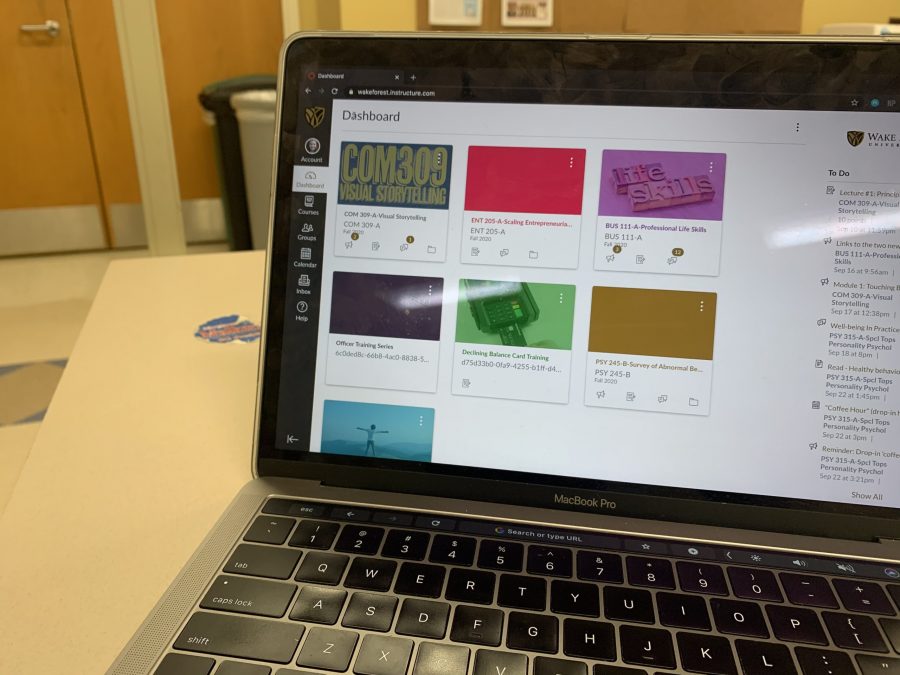 I consider Canvas to generally be a superior program to Sakai. It has a variety of useful features and tools for students and professors alike, a sleeker user interface that doesn’t feel as dated and unfriendly, and a mobile app that for me has become indispensable. Unfortunately however, despite the fact that the university has completed its transition away from Sakai and has been solely using Canvas to operate its class pages for some time now, a number of frustrating issues linger in regard to how it’s been implemented.

Or rather, the sense I’m getting is that some of the issues I face with online learning are those that can be solved by Canvas, but aren’t because it isn’t being used effectively as it could be. Instead of being a way to reduce confusion as we all learn to adapt to online learning, it at times seems to be just another source of confusion. It has added another issue to which we must adapt and learn, on top of the logistical ones that we already face.

I would think I’m not the only one that has found it harder to keep track of assignment and project deadlines without the tangible structure of synchronous, in-person class meetings, but it seems to me this isn’t an unavoidable issue. In the sense that Canvas acts as a hub for all communications related to coursework, it should serve to students all of their assigned responsibilities in one central location. Though, the understanding that all we must do as a student is listed somewhere in that app (and sometimes this isn’t even always the case) isn’t necessarily a relief, because the extensive amount of features that Canvas offers can make finding assignment instructions and reminders a puzzle. Canvas does try to list all things a student must accomplish on its To-Do list, but it isn’t especially reliable when some of those assignments are input by professors in a way that doesn’t register them as worthy of that list.

And my intention is not to point out that Canvas isn’t being used effectively because due-dates aren’t served to students in a way that eliminates the need for them to plan and organize that sort of thing on their own. Rather that larger issues of a similar nature are also of a similar cause.

Much of my dissatisfaction with using Canvas seems to stem from the lack of consistency in how professors use the program. It can be surprising how significantly one canvas course site can differ from another because each professor has had different ideas on what features they want to use to supply course content to students.

…the various ways in which [students] must navigate the app saps … its convenience and ease of use.”

Some professors might host the majority of their assignments on the ‘assignments’ tab (as you might expect), some might choose to list them under the ‘modules’ tab along with PowerPoints and other lecture materials, others might list it all all under the ‘syllabus’ tab, and others under the ‘files’ tab. Even though all of a student’s course information is (or should be) located on one app, the various ways in which they must navigate the app to obtain what you want based on their professor’s whim, saps the program of its convenience and ease of use.

It seems the training that occurred for Canvas has given professors a good hold on the program, but didn’t include any suggestions or guidelines on how each feature should be utilized so that students won’t need to adapt to each professor’s individual use of the program.

Though, one could argue that this is all a part of the learning curve of making a university-wide switch to a new program, and that it’s occurring at an exceptionally inconvenient time. After all, when the transition began we probably didn’t expect to be relying so heavily on online learning. Perhaps then this can serve as a suggestion, from one student, as to how that online learning can be made more manageable as a challenge existing among many others.