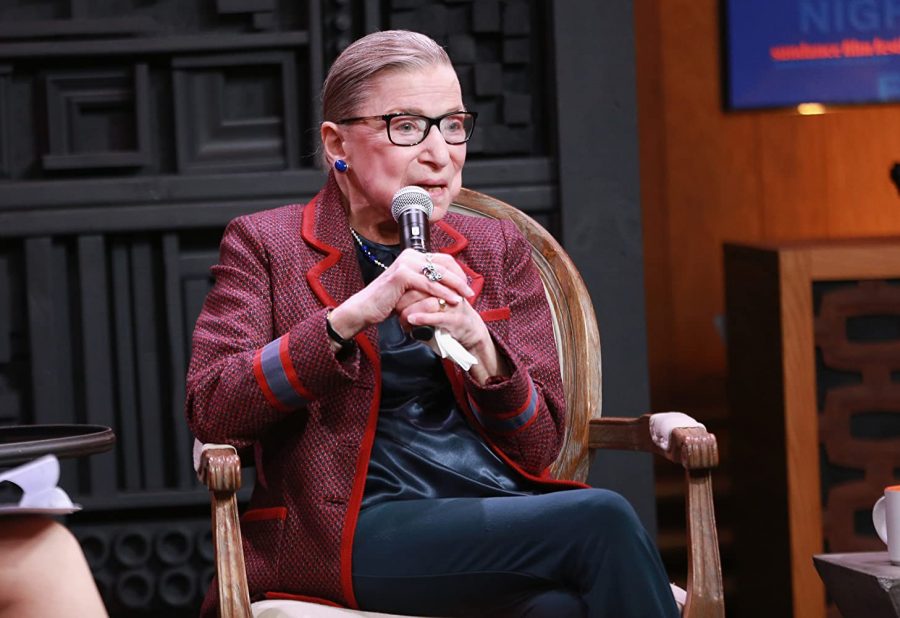 On the evening of Sept. 18, Supreme Court Justice and feminist icon Ruth Bader Ginsburg passed away in her home at the age of 87. She died of complications related to her metastatic pancreas cancer, which has been a cause of her waning health since 2009.

Ginsburg was the second woman to serve on the Supreme Court, and she held the position for 27 years. In her time on the court, she fought vehemently for gender equality starting with her first brief in 1971. This case represented the first time a state law was struck down on the basis that it was gender-discriminatory, and it was just the beginning of a robust career marked by activism that advanced women’s rights.

The Wake Forest community remembered Ginsburg on the evening of Sept. 22 with a candlelight vigil and a reciting of the Mourner’s Kaddish, a traditional Jewish prayer to honor those who passed. The event was hosted by the Women’s Center in conjunction with the Office of Jewish Life. Before the meeting, participants were asked to use one word to describe how they felt when thinking about her. The most common answers were “inspired,” “empowered” and “grateful.” The hosts opened the space for an intimate discussion where attendees could share what Ginsburg and her passing meant to them. The shared sentiment in the group was one of appreciation for her perseverance and dedication to gender equality combined with concern and grief over her passing. The group was grateful for the opportunity to collectively mourn a woman who touched our community.

“I reached out to Gail [Bretan] who is a friend and a colleague and the Jewish Chaplain on campus, and I said I think we need to hold space for people’s emotions and so it just sort of came together,” said Stephanie Trilling, director of the Women’s Center and one of the hosts of the event. “I wanted to create a space for people to see that they’re not alone in these feelings of grief and sadness.”

“A lot of what I do in The Women’s Center is I advocate for women so that they have equal access to education,” Trilling said. “So many of her decisions focused on women and their rights to education and the fact that we treat men differently than we treat women in this country … [For example,] I lead workshops on salary negotiations because we still have this pay gap. We know that women, particularly women of color, don’t make as much money as men,”

In 2005, Ginsburg traveled to Wake Forest University as a part of the “A Conversation With…” initiative that was sponsored by the School of Law. Through this program, leaders and role-models in the legal profession came to Wake Forest to be interviewed. Ginsburg was interviewed by law professor Suzanne Reynolds, who is now a dean emerita.

“She and I talked with each other like we were in her living room … And we’ve been friends ever since,” Reynolds said in an interview with The News & Observer

Looking at Ginsburg’s notable career and legacy, this optimism and determination is evident in her fight for equality. Throughout her career, she filed dozens of briefs which argued that the 14th Amendment applies to women as well as racial and ethnic minorities.

“The words of the 14th Amendment’s equal protection clause — ‘nor shall any state deny to any person the equal protection of the laws.’ Well that word, ‘any person,’ covers women as well as men. And the Supreme Court woke up to that reality in 1971,” Ginsburg said in an interview with NPR.

Stephanie Trilling implores the community to continue to talk about these accomplishments to keep Ginsburg’s legacy alive.

“We should be having conversations about these landmark cases that she ruled on and bring more awareness to the rights that we have that have been protected because of Ruth Bader Ginsburg,” Trilling said. “Even when she didn’t win, her writing and her advocacy raised awareness of these issues and changed hearts and minds about what women’s value and what women’s worth is to our country.”