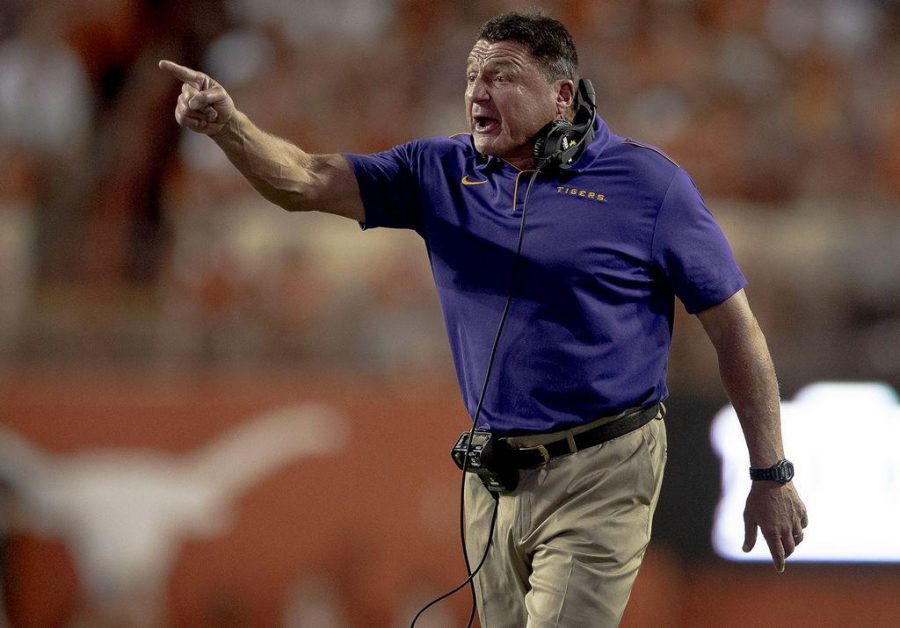 Despite a perfect 2019 season that included seven victories over top 10 opponents, new records in just about every measure of offensive production, a Heisman trophy and a host of other national awards, expectations for LSU football were not as sky-high as you might expect when they began their title defense Saturday. Playing at home against Mississippi State, only five of the Tigers’ 2019 starters took the field for the opener to compete against the Bulldogs and new coach Mike Leach’s famous air raid offense.

But, even the most cautious of experts could not have foreseen a first quarter in which the two teams combined for just three points.

The scene at Death Valley was typical of the opening week of SEC-play. Eighth-ranked Auburn needed two-and-a-half quarters to find its offensive stride against No. 23 Kentucky. Fourth-ranked Georgia needed just as much time to find the endzone against an Arkansas defense that resembled a latch-less gate last season. Tenth-ranked Texas A&M never established any offensive rhythm in their narrow victory over Vanderbilt, who got stomped by UNLV last year.

LSU eventually found some offensive firepower, but not as much as Mississippi State. The Bulldogs’ new offense, led by QB K.J. Costello bombarded an LSU secondary that sorely missed All-American cornerback Derek Stingley en route to a 44-34 upset over the sixth-ranked Tigers.

Most of the 14 teams in the conference felt the symptoms of the COVID-19 restrictions, including poor offensive line play, lack of quarterback-receiver camaraderie and situational inexperience; but at least SEC football finally returned.

This summer, the conference was perhaps the most adamant of the Power Five about playing a 2020 season amid the COVID-19 pandemic. And, from the moment of its announcement, commissioner Greg Sankey has steadfastly defended the SEC’s decision to wait an additional four weeks beyond what was originally planned to begin the conference-only schedule. Sankey has repeatedly stated his belief that the conference’s virus protocols — including flexible scheduling, cardiac monitoring, and thrice-weekly testing — are sufficient to sustain a football season amid the myriad of problems posed by COVID-19.

The Pac-12 was not on the field Saturday, but fans likely had more cause for excitement this week thanks to an announcement on Thursday stating that the Pac-12 intends to play a seven-game schedule (with no bye weeks) beginning on Nov. 6. The announcement came after the conference suspended all fall sports in August after concerns about rising COVID-19 case counts and statewide restrictions in California and Oregon threatened many teams’ ability to play.

Commissioner Larry Scott reiterated the Pac-12’s commitment to player safety and cited the conference’s newfound ability to test players for the virus on a daily basis as paving the way for the conference’s return to play. However, hurdles remain for some individual Pac-12 schools, as local restrictions currently prevent California, Stanford and Colorado from practicing

Ultimately, LSU still has a chance to make the College Football Playoff this year, even after Saturday’s loss, by virtue of a difficult schedule of 10 games. The playoff committee will give many SEC teams the same benefit of the doubt, should they drop a game.

The same will likely not be true for Pac-12 teams, who will play only seven games against comparatively easier competition. But that will not stop teams like Oregon and USC from taking the field in November with aspirations of a national championship, something that before Thursday’s announcement, was but a pipe-dream.