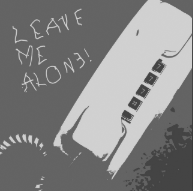 When do we decide to demand more from Bedroom Pop? My last article on the vivacity and freshness of Shimmertraps brought up many different questions about lo-fi bedroom pop as a concept, and with boy pablo’s latest singles dropping in anticipation of his new album, I can’t unfeel what I brought up. I’m still excited for Wachito Rico, but I fear the freshness of bedroom pop is quickly waning. It’s do-it-yourself sound now rings ubiquitous, there’s an abundant overlap of like elements which makes every new endeavour seem derivative. There is simply no soul in it. I sense we are on the precipice of something new for music because this hollowness simply cannot persist in our current climate. I’m tired of this calmness, this unaware vapidness that makes art produced in a vacuum. We need something with intention. Where is the music that will uplift our scarred and weary souls?

It seems bedroom pop has settled into a comfortable niche despite the world turning around it. When boy pablo’s latest single “leave me alone!” dropped this week, I couldn’t help but feel my eyes roll. It’s jubilance feels more of a numbing agent than a fresh new beat. My problem isn’t that music doesn’t encapsulate my every emotion about the current tumult surrounding existence, but rather its lack of intention. It isn’t unusual for music to not sound like a direct reflection of the time period. This is seen during WWII with the rise of soothing big bands that helped facilitate a sense of ease in the cultural space, or in the 1970s when disco went hand in hand with economic deflation and racial tensions. Yet, there was always a sensation of what one is escaping through intaking that music. There is not the lack of acknowledgement of the overwhelming and pressing problems of the day with this music, but rather a transcendent hope that permeated beyond it. This ulterior presentation of bedroom pop is nonexistent. I’ll admit, for a while I did take comfort in the relaxing feelings associated with bedroom pop. I allowed the unceasing self-revolving exploits of youth to act as a sedative, and I still do from time to time. But I can no longer crawl back into a mindset that evaporated a few months ago.

I realize now that what was so intriguing about Shimmertraps was its presentation of a consciousness. It allows itself to have a dialogue with other forms of music, but also manages to pave a path of its own. It creates a connection to a sound that is specific to the world we currently live in without the need for explicitness. Its jumbled effervescence can be a projection of modern dread but it also uplifts the listener. There is a possibility of that particular balance when one is enveloped in the music while also knowing the world beyond the headphones rages on. It wouldn’t take much for more popular indie acts to get there. All that is necessary to explore lulling low-fidelity in a serious way is to stop extrapolating what young people want to hear. There can only be so many cigarette smoking, sneaking out, first love, dyed hair replicants before the youth the artists are pandering towards graduate to adulthood. Take a page from Mac DeMarco and fulfill the image while also providing meaningful meditations on the human condition. Musicians should be prescribing what matters about their music rather than participating in an image whose depths can only go so far.  I hope bedroom pop can participate in a more conscious reflection, because its endless reiterations of the same feelings and motifs is not sustainable, especially in our current hostile and emotional environment.