A24 invites students to director’s panel 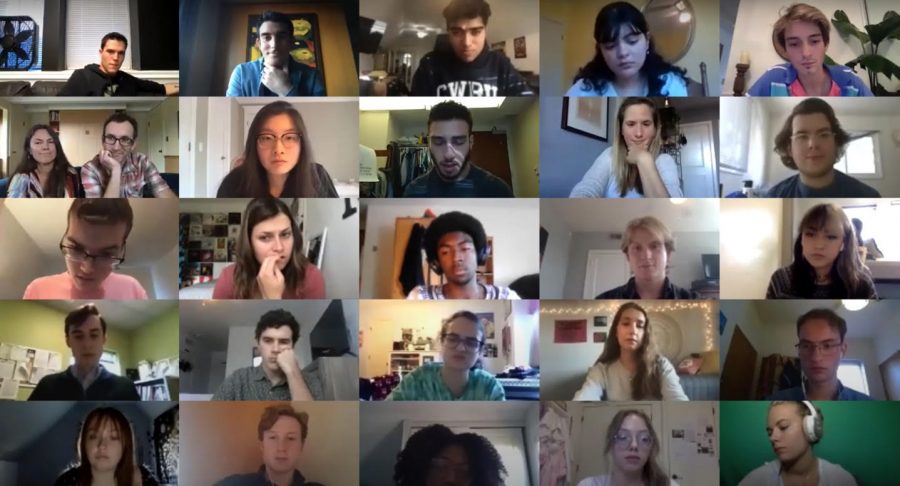 During a particularly chaotic election year, it’s refreshing to have a dose of politics that delights and edifies rather than one that horrifies. Though its subjects do dissolve, at times, into the sort of cynicism and spectacle that currently define the state of our democracy, the Apple Original Films and A24 released documentary Boys State provides an electrifying glimpse into the attempts of a group of Texas teenagers to form their own government over the course of a week-long program held in Austin, Texas.

The film revolves around four principal characters — Ben Feinstein, Robert MacDougall, Steven Garza and Ren Otero — as they navigate the program, balancing their own aspirations for success with their personal values and beliefs. The boys are remarkably magnetic, which is a testament both to their character and to the keen documentarian eyes of filmmakers Jesse Moss and Amanda McBaine.

In a virtual press conference hosted by Apple Original Films and A24, the filmmakers chalked this up to choosing characters “who were politically sophisticated, smart, ambitious,” but also attributed some of their good fortune with the subjects to “the documentary gods.”

MacDougall and Garza effectively act as each other’s foils throughout the film as they vie against each other during the Boys State gubernatorial election. MacDougall, now a West Point cadet, admits that he entered the program with a “narrow and quite cynical” attitude as he tried to capitalize on what he believes to be “a very red, one-minded place.”

On the other hand, Garza (who goes on to win his party’s nomination over MacDougall) stays true to his beliefs and, in his words, “ran on a platform of uniting Texas boys in a time of polarization,” though this did at times mean that he had to keep quiet on his feelings regarding various hot-button topics in order to maintain the support of a large group of constituents.

This is not a point that is universally held by the subjects and that is a frequent point of emphasis throughout the course of the movie. In opposition to MacDougall’s view, Feinstein quips that “I would much rather vote for someone I disagree with but is honest than someone I agree with that doesn’t follow up on their morals.”

Throughout the film, it’s fascinating to see how the implications of gathering a group of predominately white, conservative boys create both explicit and ironic issues in the running of the mock government. In some of the documentary’s more disturbing scenes, Otero is subjected to racist attacks from his opposition (for which Feinstein is at least partly responsible). It’s even more telling about the current moment that this attack largely comes over social media; it brings to mind the Twitter antics of our current commander in chief. And, in a way that mirrors the current battle over reproductive rights, Garza points to the problematic nature of “talking about women’s reproductive rights with no women in the room”: it is consistently astounding to see the fervor with which the boys discuss topics with adopted political rhetoric (as they interpret it) that have no bearing on their own lives.

Even with these difficulties, the boys remain confident about the future of democracy. “One thing I saw in Boys State that gave me a lot of hope for this generation was that within the course of a week people with radically different views and backgrounds were able to talk to each other and find common ground,” MacDougall said.