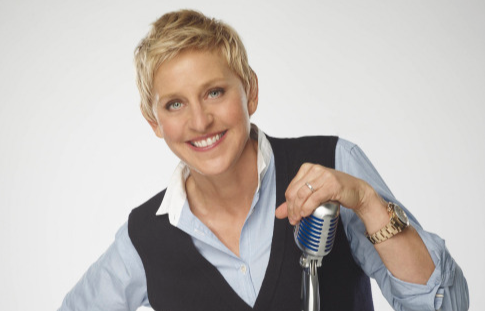 I didn’t dislike the Ellen Degeneres Show before the premier daytime talk show host in America was dragged through the mud. DeGeneres cycled through the west-coast celebrities and even added in some interesting people here and there. The program where Kanye West went on a captivating eight minute long rant was an absolute hit for me. The episode was a major inflection point for West — who knows what he’s talking about now — and it was a very revealing moment for Ellen Degeneres.

Of course, when I watched Kanye’s tirade I was entirely focused on him, but on my second viewing I noticed DeGeneres’s expression. She was obviously unsettled; but there was something more than that on her face and in her posture. Back then, I gathered the impression of parental distress over a child who was injured or throwing a fit — but now with the background of her show displayed for the general public to see — I can see it as the expression of someone who is in desperate need of control.

Now, of course a talk show host, whose duties are to maintain and run and enjoyable show, would be horrified at such a breakdown. It is perfectly natural for a talk show host to appear shocked in such an event. But what we see is very different from what other hosts would do in such an event. A good host, and a good person, would take the time to engage with the person on the show and actively contribute to this discussion. What you saw in West’s lecture was a host who was completely paralyzed.

The allegations against DeGeneres and the way she and her producers ran things are something that should not be taken lightly. They shouldn’t be brushed off like they are now. There was real racism behind the scenes on this production just as well as there was sexism, and ignorance of the staff and crew who are paid significantly less than the show-runners. If anything, this chaos is a microcosm of the American workplace.

If I am to be completely honest, I trusted the character of DeGeneres before this series of incidents, as most everyone did. She put on the mask of kindness in the public spotlight for decades. Her example should be a lesson to all celebrities or people of fame — that you should try to be genuine. Sooner or later news that their personalities do not match those they portray to the public will be released by the media.

Ellen, after gaining so much renown and trust in her image, figured that she had some sort of invincibility. “

In the United States, celebrity is a contract. Your life, more or less, is common knowledge. In that way, a person becomes owned by public.DeGeneres, after gaining so much renown and trust in her image, figured that she had some sort of invincibility. At the onset of the pandemic, DeGeneres made some irresponsible comments and jokes that were just the sort of negligence that fame and fortune secrete. She compared her mansion to a prison.

But it is the reaction of the studio, the producers, and DeGeneres herself that have been the most disappointing. The decision to keep the show running and premiere Season 18 was a selfish and greedy. DeGeneres’s apology definitely fell short, and to see her come back after a brief departure would be a betrayal to all of the workers she has wronged over the years.

I would like to see this new era of DeGeneres that she claims will take place, but in the end I know that another host deserves to replace her. This is the time of cancel culture. Many are quick to end a person’s reputation and future, and to not give second chances.

Maybe DeGeneres deserves another shot to prove that she is the figurehead of the ‘be kind’ persona. Or maybe someone with so much money and power who has messed up consistently for years should lose her responsibility as an entertainer in our culture. I think the latter should take place, but in our society — an identity such as hers is as good as cemented.