Outside the Bubble: 2020 Presidential Debate 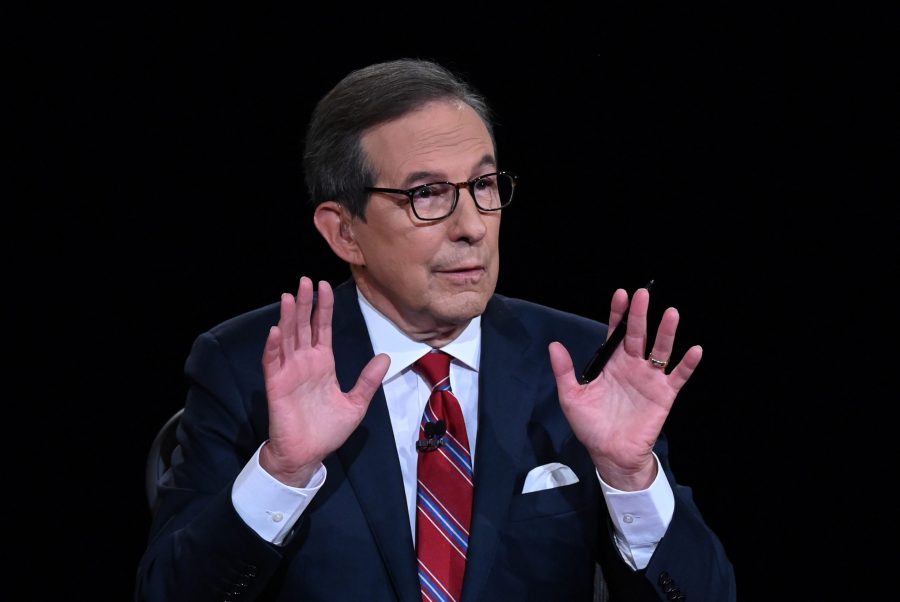 In an overly-polarized presidential race where any major subject from COVID-19 measures to climate change seem to have been politicized, the majority of people who watched the presidential debate on Tuesday night seem to agree: it was an unusual one.

The first 20 minutes of the debate consisted mostly of unintelligible speeches from either candidate in what quickly escalated into a shouting match between President Donald Trump and former Vice President Joe Biden. The president, known for his explosive rhetoric style, directed most of his efforts to attacking the character and fitness of his Democrat opponent for the presidency while emphasizing his own accomplishments while in office, mainly the handling of the U.S. economy prior to the pandemic.

“I had to close the greatest economy of the history of our country. And by the way, now it’s being built again and it’s going up fast,” Trump said.

Biden, had a more structured speech delivering on most of his main campaign proposals to recover more swiftly from the COVID-19 pandemic, address systemic racism and rejoin the Paris Agreement on climate change. He also did not pass up on the opportunity to criticize his Republic counterpart for his mismanagement of the COVID-19 pandemic and for inciting more violence amid calls for racial justice across the U.S.

“…all he ever wants to do is divide people, not unite people at all. This is a president who has used everything as a dog whistle, to try to generate racists hatred, racist division,” Biden said.

Little of the evening was spent on actual policy talks, as President Trump steered the debate into a rowdy argument and extremely unorganized argument that more resembled a Saturday Night Live skit than a presidential debate.

“This wasn’t a debate. It was not presidential. It was not civil. It was not [done] with dignity. It was producing information about de candidates, but it wasn’t producing much information about why you would vote for those candidates, other than the stuff we’re already used to,” said Political Communication professor Allan Louden, who also has experience working as a debate consultant for political campaigns. “The most common word [to describe the event] I’ve seen in the commentary all over the place is ‘circus.’”

Wallace was often seen tasked with the unenviable job of reeling in the president back to some sort of structure within the debate throughout the night. For someone who hoped to be “as invisible as possible” during the first presidential debate, Wallace ended up involved in several back-and-forth arguments with Trump. At many points, the moderator had to raise his voice to match the noisy confusion on stage.

“Gentlemen, I hate to raise my voice, but why should I be different than the two of you?” Wallace said. “So, here’s the deal … you each are going to have two uninterrupted moments. In those two interrupted minutes, Mr. president, you can say anything you want. I’m going to ask a question about race, but if you want to answer about something else, go ahead. But I think that the country would be better served if we allowed both people to speak with fewer interruptions.”

Amid the overlapping exchange between the candidates, it was hard to discern a clear winner out of the debate. Many pundits believe that Biden left the debate stronger for not committing any major gaffes and maintaining his responses within his political agenda while Trump’s erratic approach might have gone a little too far during the first night of debates.

Yet, both candidates, for as chaotic as the debate was, seem to have delivered within the proposed message of their campaigns.

“Trump was clearly trying throughout the night to connect Biden with the more progressive wing of the Democratic Party and various progressive programs such as the Green New Deal, on the idea that these might be off-putting to undecided centrist voters,” said Politics and international affairs professor John Dinan, who teaches a course titled Political Parties, Voters and Elections.  “By contrast, Biden was clearly trying throughout the debate to frame the election as a referendum on Trump’s character, leadership style and the government’s response to the coronavirus, and Biden took plenty of opportunities to do all of this in an effective fashion during the debate.  When the debate is viewed in this way, by considering the candidates’ strategies and their ability to carry out these strategies, both candidates achieved some of their main goals.”

In a chaotic debate with no clear winners in terms of arguments and policymaking, perhaps the 73 million people who tuned in on Tuesday night were the ones who came out losing.