Antiracism comes to the math classroom 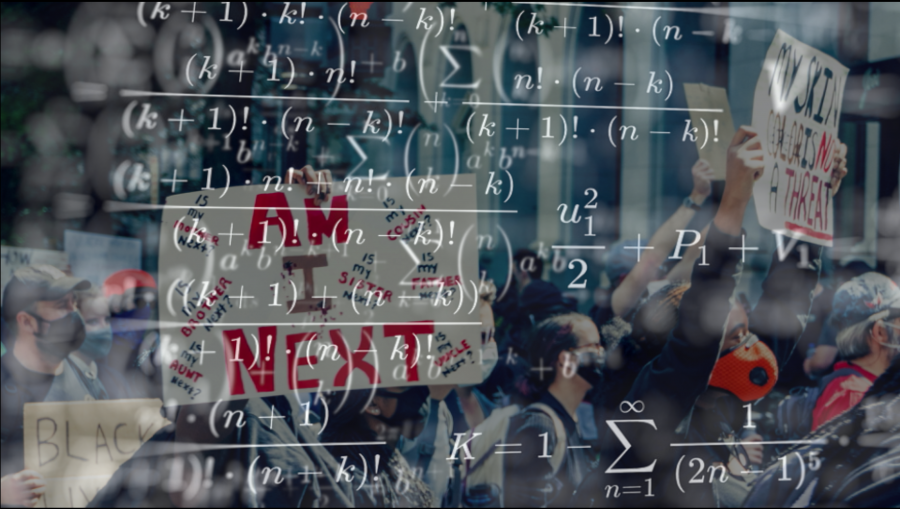 According to the Department of Mathematics and Statistics Chair Sarah Raynor, mathematical and statistical models have been employed to create some of the more racist practices of modern times, from over-policing in majority-minority areas to practices in hiring.

These biases in math and statistics come mostly from a lack of diversity in the mathematics field and a tendency to analyze mathematical models with an eye for keeping the racist status quo, says Raynor. This reality has prompted many conversations in the Department of Mathematics and Statistics and became the basis of a topics course that Raynor teaches.

MST 383-B for undergraduate students or MST 683-BG for graduate students is billed as Racist/Anti-Racist Uses of Math & Stats. The class is a discussion-centered course based on textbook reading and department colloquia.

“It’s been interesting to see where other students are approaching these issues from, and also getting a little bit more familiar with how mathematical modeling works,” said sophomore Elizabeth McDonald, who is enrolled in the class. “I think, like with any discussion that deals with sensitive issues, there are times when the conversation isn’t super comfortable, but I think it’s important that Wake Forest provides students with opportunities to experience that discomfort.”

The class is a pilot for what department faculty hope will become a larger swath of courses about the intersection of mathematics and statistics with prevalent societal issues such as racism, sexism and anti-queerness.

“What we’re probably going to create is a course called Mathematics and Society … there are like eight or 10 different topics that I think would be reasonable ways to go,” Raynor said.

To prepare for the course, Raynor spoke with faculty from many on-campus organizations and departments to learn how to conduct a course on more sensitive issues, as the field of mathematical pedagogy does not often encounter those types of situations. Raynor and colleagues from across the university also attended a Professional Learning Community training on intersectional pedagogy.

According to Raynor, gauging the level of interest for the class has been difficult, considering how late it was added to the schedule of courses in August. Her class currently has eight students — some of whom are math majors and some of whom are undeclared freshmen and sophomores. Raynor is optimistic about what she has seen, though.

“We didn’t even know we wanted to do this until late-summer. We have eight students, which I think is pretty good for a course that’s weird and doesn’t really help you graduate,” Raynor said. “I think that’s a pretty good sign, and I expect we’ll get more [students] as the word gets out.”

In addition to the course, those interested in decolonizing the department meet every other Monday at 4 p.m., and Raynor encourages those who are interested in those discussions to email her for the Zoom link.

“You don’t have to be a declared math major or an upper-level student or anything, you just have to have interest in how the math department is handling racism and antiracism and other systemic inequity issues to show up, and we would love to hear from students at all levels,” Raynor said.

The department is also involving department alumni to get a sense of their experiences. A six-week version of the course will be offered to alumni and friends of the university in November and December to expand access to the course material.

Raynor expects the course to be offered again in the spring with a slightly different topic (so it can be taken again by those who enjoyed the class this go-around). Currently, the course is based on Weapons of Math Destruction, a 2016 work by “former Wall Street quant” Cathy O’Neil that is considered to be a classic in societal math. The course, she stresses, is for anyone interested in math’s intersection with societal issues, regardless of mathematical background.