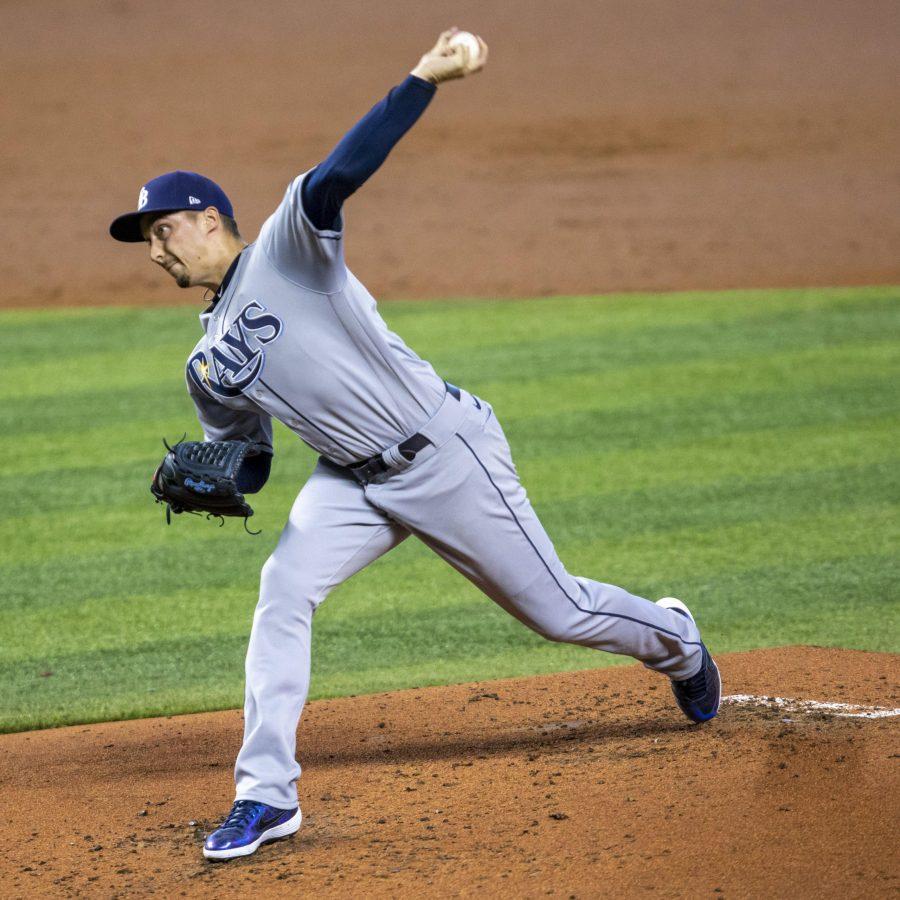 It’s down to just four. When the first pitch of the 2020 MLB playoffs was thrown, just over two weeks ago, on Sept. 29, for the first time in Major League Baseball history, there were 16 teams. Now, just four remain.

In the American League (A.L.), the sixth-seeded Houston Astros return to the championship series for the fourth consecutive season. They will face off against the Tampa Bay Rays, the number one seed from the A.L., who were knocked out of the playoffs last year in the division series by the Astros. The Astros are looking to stay hot as they head into this penultimate seven game series while the Rays are looking to make it back to the World Series for the first time since 2008.

The National League (N.L.) will feature a more traditional matchup between the number one and two seeds. The top-seeded Los Angeles Dodgers hold the MLB’s best record and are looking to advance to their third World Series in four seasons. The Dodgers will face off against the No. 2 seed Atlanta Braves, who will look to advance to the World Series for the first time since 1999.

So, how did these four teams get here? The Rays came into the season being called an underdog. However, everyone knew they had a roster full of potential. They finished the season with an A.L. best 40-20 record behind strong pitching and fairly consistent hitting. Their pitching staff is led by starters Blake Snell, Charlie Morton and Tyler Glasnow, and their bullpen is full of hard throwing righties that have proven themselves difficult to hit. They cruised past the Blue Jays in the Wild Card Series, winning the first two of the best-of-three series and earned a spot against the early A.L. favorite New York Yankees. In the best-of-five division series the Rays took a 2-1 series lead before the Yankees tied it up and forced a crucial game five. Game five featured arguably the best pitching matchup of the playoffs and saw the Rays hit a go-ahead home run in the eighth inning to win that game 2-1 and advance to play the Astros.

The Astros came into this season with much of the baseball world incredibly angry and frustrated with the organization after their cheating scandal and lackluster punishment were revealed last offseason. They entered the playoffs tied with the worst record among playoff qualifying teams after finishing the season below .500 with a record of 29-31. However, since making the playoffs, they seem to have found their groove. They defeated the Twins 2-0 in the Wild Card Series and the A’s 3-1 in the Division Series behind consistent contact hitting. Their pitching needs to improve if they want to go all the way, but with the way they’ve been swinging their bats, they pose a serious threat to the Rays.

The Dodgers finished the season with an MLB best 43-17 record, showing once again that they deserve to be in the playoffs and should be favorites to win it all once again. So far they have cruised through the competition en route to the Championship Series after defeating the Brewers 2-0 in the Wild Card Series and the Padres 3-0 in the Division Series. The Dodgers bullpen has been shaky recently, but their offense is often too much for opposing pitching to handle and should help them advance past the Braves.

The Braves too have a solid lineup full of offensive firepower and will challenge the Dodgers, but after ace Mike Soroka went down with an injury early in the season, their pitching simply has not been at an elite enough level to defeat the strong Dodgers lineup. However, the Braves did earn the second seed in the National League and this still promises to be a good series to watch.

Ultimately, this is undoubtedly to be an exciting pair of Championship Series for baseball fans around the world, with lots of drama and excitement for all. No matter the results at the end of this week, there will be a thrilling World Series between two deserving teams in just a few days.