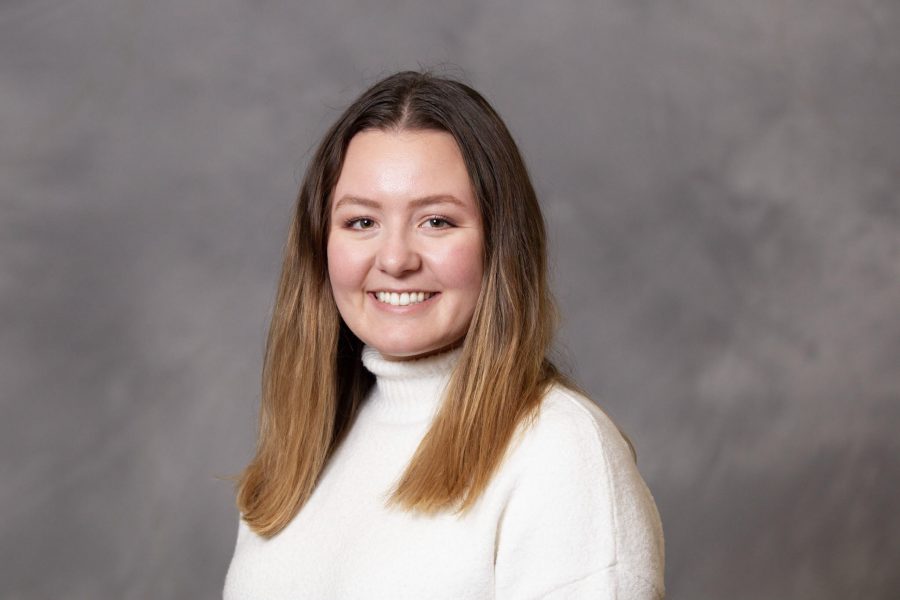 Sam Horowitz is a senior majoring in Politics and International Affairs. She is the president of Wake Forest’s chapter of College Democrats, an organization working to inform and help college students get involved with the democratic party. She is also the president of Club Swim, the Wake Forest swimming club.

How did you first become involved with Wake Forest’s College Democrats?

I really became involved during my freshman year while I was actually studying abroad in Copenhagen through the Global Awakenings Program. I remember reaching out through the link and saying that I wanted to be involved and that kind of transcended into me getting involved with Democrats Abroad in Copenhagen, and then eventually when I returned [during my] sophomore year I became more involved with College Democrats on campus.

I noticed you are a Politics and International Affairs major. How has that informed your work with this organization?

So many of my classes are, of course, related to what’s going on in the election now [and] the history of voting practices and candidates. So taking those classes and really learning from both my peers and my professors in that classroom setting has informed how I lead discussions in Wake Forest College Democrats, what we talk about in meetings and how I engage with people in the club.

What is your specific role as president?

I think it’s really facilitating meaningful discussions during every meeting, organizing with local political campaigns in Forsyth County and North Carolina [and] encouraging students to vote and register to vote. So, it’s definitely a little bit of everything.

Right. Can you speak to the unique challenges are of leading a Democrat organization in a historically Repunlican state that is now a cruicial swing state?

So, as I’m sure you would probably expect, as I’m sure most people expect, it’s definitely hard leading a club where you sometimes feel like the minority voice, but it’s just about consistency and continuing in times where it may feel like the opinions and thoughts that you have are not being accepted or received. It’s that perseverance — that you know what you believe is the right thing — and it’s trying to encourage other people to see your perspective. So the fact that North Carolina is turning from a Republican state to a swing state is very exciting for Democrats because it kind of feels like our voices are being heard.

That’s awesome. How do you collaborate with other Democrat groups in Winston-Salem and in North Carolina?

An organization that we really work closely with is the Young Democrats of Forsyth County. They are a great resource because they connect us with local candidates who are running for state senate, state house, and local positions in Forsyth County who are really going to inform decisions that are going to affect Wake Forest students. So, we love collaborating with them because we will host candidates forums that educate students about local candidates, we’ll host events where we raise funds for the local Democratic party in Winston-Salem and then, on the state level, we work with the North Carolina Democratic party where we work with bigger candidates. We brought [Senate nominee] Cal Cunningham to campus, we brought Kathy Manning who is running for the House of Representatives, so it’s really just a little bit bigger of a scale in terms of who we bring to campus and the conversations that we have.

How does COVID-19 impact the way you’re preparing for the 2020 election?

Right. Of course it’s really hard and unfortunate that we can’t meet in-person. That’s something I really love most about College Democrats: being able to engage with people face-to-face and have those discussions. But, I’m sure like so many other clubs, we’ve been meeting through Zoom as much as possible. We’ve been working with Deacs Decide to register students in a way that complies with social distance guidelines, and we’re just trying to encourage people to learn more about the issues at stake and about leaders who are going to be able to navigate us through the rest of this pandemic in a way that’s most beneficial to the American people.

Despite the inability to meet in person, are there any special events students can expect from College Democrats this year? Will these events be virtual or in-person?

I think we’re going to try and host some more watch parties in the future leading up to the election. Right now we’re trying to organize an election night watch party even though we might not get the results on Nov. 3 [laughs]. We’re not entirely sure what we can expect, but we’re trying to be positive and see if we can host as many in-person events as possible that are obviously safe and take into consideration everybody’s health.

How would you describe College Democrats to students who are looking to get involved in the Wake Forest political scene?

I would say Wake Forest’s College Democrats is a very laid back, fun organization where we love dialogue and encourage people with different opinions and viewpoints to express what they believe. We’re all about education and activism, so if you are interested in learning more about the issues related to the Democratic party or if you are looking for ways to be involved, College Democrats welcomes everybody and we would love to have you.

What are your plans for after you graduate?