Life beyond the yellow submarine 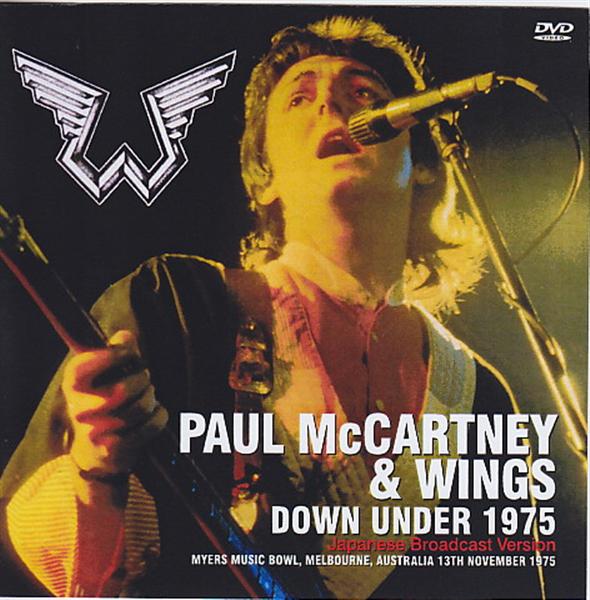 Wings was Paul McCartney’s band post-Beatles, a late 70s softy of a group that frequented my mom’s mixed CDs when I was around ages six to 10. It’s no wonder my mom thought it a suitable sort of music for a child. The mixture of soft brass, strange men with funny accents sounding out during the music, and suites that moved from sorrow to joy in a moment — there was always an element of a childlike wonder. In this abstracted world, I found a vessel for my own projections.

The song “Jet” became about my dog of the same name, the female protagonist in “Another Day” became me slipping into my stockings for the school uniform I put on every day, “Live and Let Die” stood in for my vague conceptions of James Bond and spies (my desired profession at the time). I was capable of letting the music conform to me, a skill I’ve since lost. That is a tragedy of adolescence and adulthood, this sensation of correctness and the subsequent pivot of one’s immediate emotions to a path that aligns with something more reasonable. Before that, any intake of art was pure subjective projection uninformed by anything except love. That is why this, admittedly, dated and hyper-sweet band has an innate ability to provide an escape in one of the most unsettling times in history. It’s flimsiness is cemented with the foundational steel of childlike resilience.

All my childhood fascinations subscribed to the music, making it capable of interning my most immediate projections of self. Somehow even years later I’ve never shook these understandings, and I hope I never do. Upon revisiting this music I found a version of me that was impervious to outward influences, whose ignorance from inexperience was a means of fully intertwining with a work of art without the need of filtering through a lens of what was extant. As I listen today I find myself in that same spirit, and for a moment, the hectic outward forces fall and I can again imagine a world imbued with the power of innocent projection.

In Paul McCartney’s career, spanning 63 years and over 500 songs, there may be no greater demonstration of resilience than his founding of Wings. The unique sound quality and curious instrumentation produced a sound unique to not only the Beatles, but McCartney himself. This was, afterall, his last effort to leave his legacy on the realm of music that extended beyond his previous success. While he maintains the whimsical and lively nature of his previous music, McCartney & Wings offers a true depiction of Paul’s musical vision.