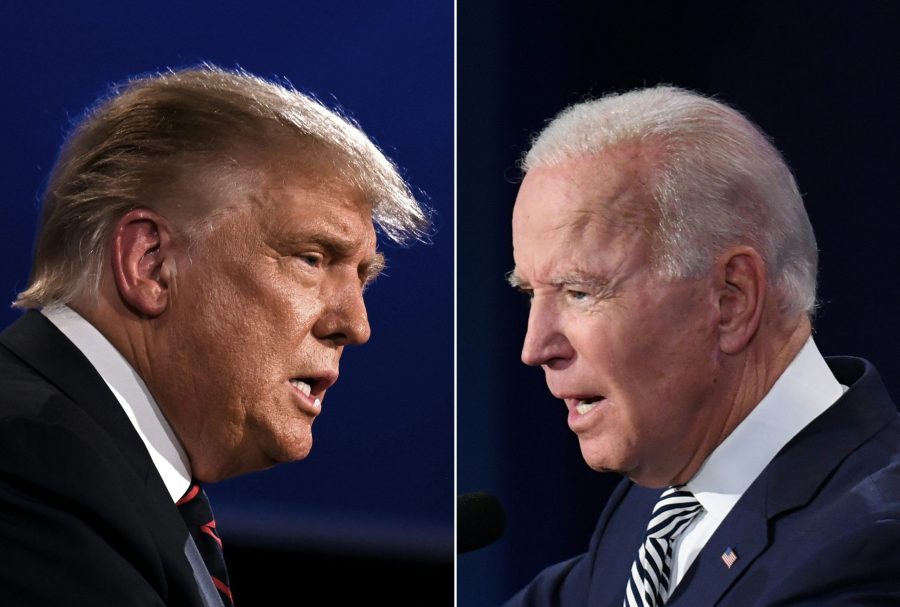 The current presidential race is perhaps the most contentious in American history, and navigating campaign sites or hanging onto every word of a debate can sometimes be tricky.

Former Vice President Joe Biden’s website lists his climate policy as a “Plan for a Clean Energy Revolution and Environmental Justice,” which includes using parts of the Green New Deal as a “crucial framework for meeting the climate challenges we face.”

Biden also recognizes that the environment and the economy are intrinsically connected, according to his site.

His plan includes becoming carbon neutral by 2050, being a global leader in the fight against climate change and to “stand up to the abuse of power by polluters who disproportionately harm communities of color and low-income communities.”

The New York Times reports that while Biden has the most experience in fighting climate change in office, some voters, like Michaelyn Mankel who is a volunteer for the Sunrise Movement, are reluctant. “This far along in his campaign, it seems he is still ill-prepared to answer a serious question about the climate crisis,” Mankel told the Times.

Greenpeace awarded Biden a B+ on his climate policy, noting that he supports aspects of Green New Deal but that “he has not committed to fully ban new fossil fuel drilling on public lands and waters, nor halt federal permits for new fossil fuel infrastructure.”

This assessment by Greenpeace rang true on the vice presidential debate stage when Sen. Kamala Harris looked into the camera and promised that Biden’s plan would not ban fracking, if elected.

This assertion left some climate activists disappointed. Harris, previously all in on the Green New Deal, has reigned back her stance slightly to fit into Biden’s plan. In the Biden climate plan, there is an emphasis on green infrastructure as well as providing jobs in the budding environmental sector.

Biden also notes that minority communities are nearly always hit harder by the effects of climate change, and lays out a plan to address that disparity.

In the first presidential debate, Biden made promises to expand clean energy infrastructure and to stop production of coal and oil plants in the U.S.

There is no delegated “climate change” section on President Donald Trump’s campaign website, but there is a section called “Energy and Environment.” Under this section, there is a list of achievements that the current president has reached during his term, many of which relate to expanding offshore drilling, unleash[ing] oil and gas production in the U.S., rescinding President Barack Obama’s “costly” Clean Power Plan and replacing it with the Affordable Clean Energy Rule, among other energy-related accomplishments.

Another achievement listed is that “President Trump announced his intent to withdraw the U.S. from the unfair Paris Climate Agreement.” While there is no language indicating an attack on climate change, the president did enact a “Superfund” to clean up ten polluted sites in the U.S. that demanded “intense, immediate action.”

The New York Times reported last year that 95 environmental protection rules have been rolled back under the current administration. Greenpeace gave the president a failing grade on his climate policy, stating that “he denies the reality of the climate crisis and is actively promoting fossil fuels while weakening existing climate protections.

On the debate stage, Trump ridiculed Biden about his climate policies, saying “they want to rip down buildings and rebuild the building. It’s the dumbest, most ridiculous — where airplanes are out of business, where two-car systems are out, where they want to take out the cows, too.” Trump’s disdain for the implementation of climate policy was clear and it was echoed by Vice President Mike Pence in the vice presidential debate as well.

“The climate is changing,” Pence said. “But the issue is what’s the cause and what do we do about it?” Pence refused to answer whether or not he feels as though climate change is an “existential threat.”

“President Trump has made it clear that we are going to listen to the science,” Pence also said. Pence also attacked Harris on the debate stage, insisting that the Biden climate policies would kill the economy and ridiculed Harris for promising to rejoin the Paris Accords.

The Trump administration removed the US from the Paris Agreement in 2017 and Trump insisted that he intended to keep things that way if re-elected.

Regardless of your political views on climate or any other national issue, exercising your right to vote is essential. Early voting starts today in North Carolina.