If I were the Offensive Coordinator . . . 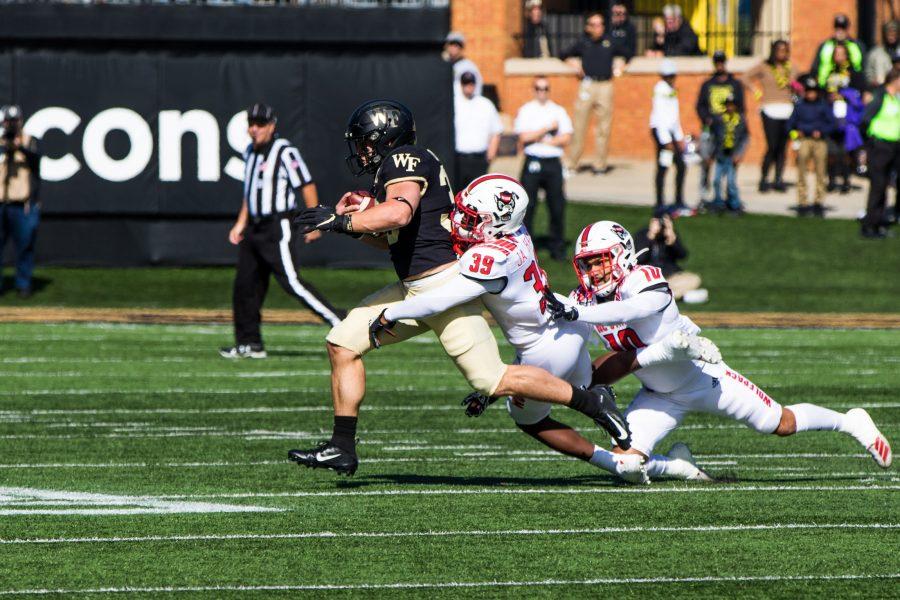 I know it’s a bit absurd to be second-guessing Wake Forest’s offense a week after a 66-14 drubbing of Campbell, but the fact is we won’t be playing the Fighting Camels, or anyone near their level, for the rest of the season. While Kenneth Walker III and Christian Beal-Smith ran wild — combining for 235 rushing yards and four touchdowns on 31 carries — over a porous Campbell defense, they shouldn’t expect to have that much room as the schedule gets tougher.

From the way I see it, we are 0-1 with a 3-point road loss at 3-1 NC State. But if the Deacons want to make their fifth straight bowl and push for an upper-half finish, offensive coordinator Warren Ruggiero has to make some changes to the run game. ACC defenses will begin to key in on and stack up the slow delayed mesh point read options.

The system — unique, frustrating to watch and potentially explosive — is an innovation for sure, but doesn’t fit the 2020 offense as well as it has in years past. We saw John Wolford run it well in 2017, putting up 64 on Syracuse, 55 on Texas A&M and 42 on Louisville (and Lamar Jackson). Jamie Newman ran it well in 2018 and 2019, leading the Deacon offense to a 59-7 win against Duke in 2018 and 44-20 against NC State in 2019. But Sam Hartman isn’t John Wolford or Jamie Newman. This is no dig at Hartman, I’m a huge fan and respect his game, but he’s a different QB than either Wolford or Newman.

From my admittedly anecdotal observations, Wake Forest’s running backs do far better on designed runs than they do the read options. Kenneth Walker III is a dynamic player in space, more so than between the tackles. This leads into the second part of my argument. The RPO system is great at taking marginal talent and turning it into a good offense. But this year on the offensive side of the ball, we have real players. Walker III is undoubtably a top-half ACC running back, Donavon Greene is a real threat over top, and Taylor Morin wreaks havoc on linebackers in coverage.

Hartman has his share of weapons that are only obviously outclassed in the ACC by Trevor Lawrence’s. Let’s not get too cute and forget that football is more about Jimmy’s and Joe’s than X’s and O’s.

Wake Forest’s season is at somewhat of an impasse — Clemson and Campbell are behind us. Whether we go 2-4 or 4-2 in the remaining six games will largely be decided by how well the offense is able to adapt to the schemes thrown at us by opposing defenses. But for now, I have faith.