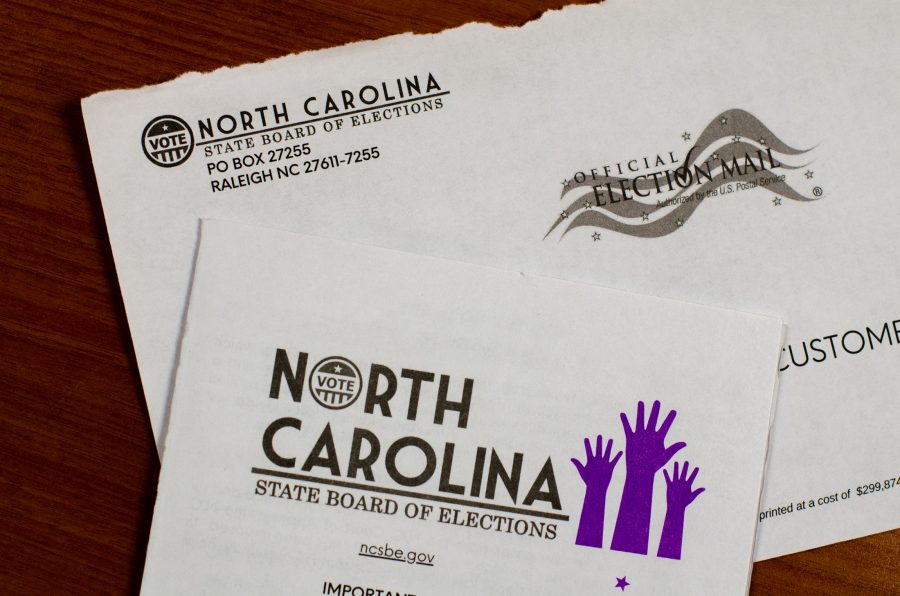 The resolution aims to give professors agency in how they encourage election-day voting. It suggests that professors cancel class, hold classes asynchronously, cancel a class during the early voting period or allow excused absences to vote, register to vote or participate in university-sponsored civic engagement activities.

“We have been working pretty diligently to try and make sure that Nov. 3 is a day that is recognized and recognized respectfully,” said junior Ally Swartzberg, co-chair of the General Election Advisory committee along with sophomore Drew Skilton. “Meeting with the [Office of Community and Civic Engagement], we realized that something that would be really great is if we could try to get classes cancelled on Nov. 3 so that people could vote, and that there’s not this very tense in-class environment on Election Day.”

The resolution aims to target Wake Forest’s historically low voter turnout, which was the subject of reporting from the Old Gold & Black in the Oct. 1 issue.

“We want students to feel like they can contribute to civic engagement, but also feel comfortable that their professors, who have that agency, are willing to give them time to go vote without having to stress about classwork or what that day will look like,” said SG President Miles Middleton.

After its approval, the resolution was distributed to the “Office of the Dean of the College, the Faculty Senate and all academic Department Chairs in both the Undergraduate School of Business and College of Arts and Sciences,” according to its text.

Professor Paul Jones, who teaches organic chemistry, canceled classes on Nov. 3. However, he didn’t make the decision with student voting in mind — he is working as a poll judge this year and won’t be on campus that day.

“I think really, with early voting — and this goes for faculty and students — I don’t think we have much trouble finding a time to vote,” he said. “I certainly can’t tell you how to vote, I can’t even tell you that you have to vote. But you’re bright, thoughtful people, and you have more invested in the future than I do at this point. Really with the early voting, at least the last couple of elections in North Carolina, you almost have to consciously not want to vote.”

With flexible student and faculty schedules, Jones emphasized the ability to vote early, on election day, or by absentee ballot for those living out-of-state or out-of-county. Yet to him, the people that would stand to benefit the most from flexible election day hours are in fact staff workers.

“The reason I wish [Election Day] was a university holiday is the staff,” Jones said. “The people here who work 8 a.m. to 5 p.m. [or 6 p.m.], who have less ability to get out and go vote. I don’t know what the college is doing, but I hope they would let employees go vote.”

For professors, it can also be hard to balance the necessities of their class schedule and their desire to allow students to vote. Jones, for instance, emphasized the importance of his organic chemistry having as much in-class time as possible. Professor Michaelle Browers, chair of the department of Politics and International Affairs, also gave a nod to the resolution’s timing.

“I sent a copy of the SG resolution that was passed to all [politics] faculty,” Browers said. “I had emailed our faculty about a week earlier to let them know that there was a call from students — forwarded an early draft of the resolution from one of the resolution’s sponsors who is in my class — since timeliness seemed an issue.”

For Student Government, the goal is allowing students to engage in civic duties as much as possible.

“We recognize that the semester had already started and we wanted professors to also have autonomy in their own space,” Swartzberg said. “This resolution really aimed to recognize Nov. 3 and the general election out of that desire for respect but also to give professors some agency in what they do with that.”