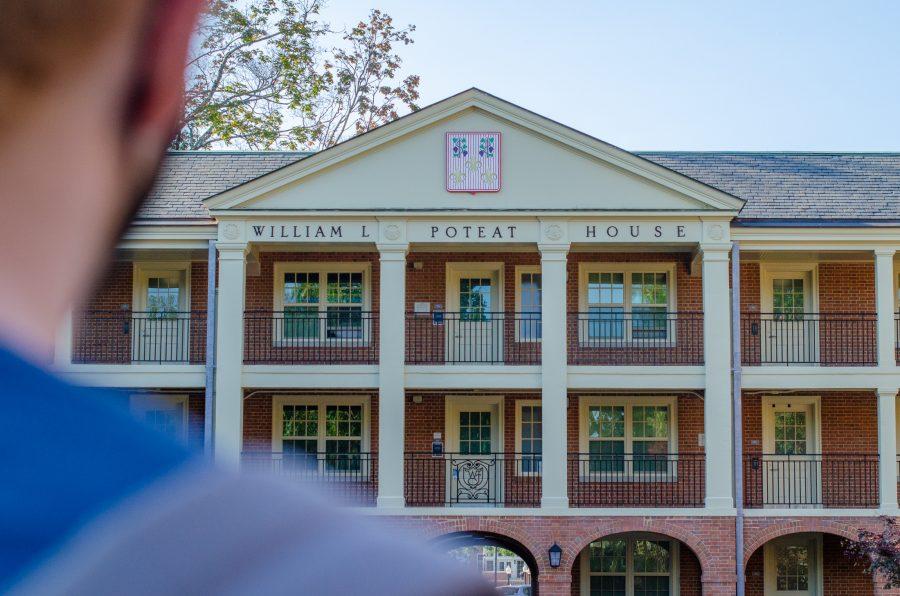 On Sept. 4, President Nathan Hatch announced the creation of the Advisory Committee on Naming, as an extension of the efforts initiated by the President’s Commission on Race, Equity and Community and the Slavery, Race and Memory Project.

The committee is tasked with reviewing the naming of “buildings, roadways and other structures or honorifics” on campus, whose namesakes have been involved with past racial injustices, for the purpose of renaming or further contextualizing some of the names that have become a staple of the Reynolda Campus.

The committee will also suggest new names and honorifics on campus that would expand the narrative to include and honor the contributions of  Black, Indigenous, and People of Color (BIPOC) individuals in Wake Forest’s history, which as of now has been strongly built around the efforts of white individuals due to the school’s historical status as a Predominantly White Institution (PWI).

“We understand [the Advisory Committee on Naming’s] work as not only retrospective insofar as we are considering the implications of having Confederate officials and those committed to the pernicious system of slavery, like Washington Manly Wingate having such pride of place at Wake Forest University,” said Dean of the Divinity School Jonathan Lee Walton, who co-chairs the committee alongside Trustee Donna Boswell. “We also seek to convey a broader, more inclusive narrative about our campus history that illumines the stories of those who have contributed to the university and advanced the cause of Pro Humanitate.”

After a summer marked by a national outcry against long-standing structures of systemic racism and police brutality against Black individuals, statues and monuments that have long honored individuals associated with slavery, eugenics, white supremacy and other racial injustices, have been brought down one-by-one — adding further context to how these historic figures should ultimately be remembered.

For Wake Forest, likewise, this means reevaluating the place of honor on campus for prominent figures of its past who have been involved with the legacy of long-standing racial injustices.

Samuel Wait, who was the university’s first president from 1833 to 1846, owned four slaves according to the 1840 U.S. census. Wingate, university president from 1853 to 1862 and after the Civil War from 1866 until his death in 1879, preached to Confederate soldiers during the Civil War. Charles Taylor, the university’s sixth president from 1884 to 1905, served for the Confederate Army during the war under General Lee and General Stonewall Jackson, according to the University of Virginia’s Special Collection Department. William Poteat — university president following Taylor from 1905 to 1927 — was a strong proponent of the eugenics movement.

The Advisory Committee on Naming has 15 members and is mostly comprised of faculty and members of the Board of Trustees. It is divided into three subcommittees: the Guiding Principles Subcommittee, the Research Subcommittee and the Candidate for Recognition Subcommittee.

Each subcommittee is responsible for one step in reframing the narrative around structures on campus, from the Guiding Principles Subcommittees establishing principles for reframing campus structures to the Candidates for Recognition Subcommittee proposing new names to be honored on campus. The committee expects to provide initial recommendations to Hatch by the end of the fall semester.

“We know that leaders of Wake Forest University participated in, and some cases stridently defended, morally repugnant systems such as slaveholding, secession, and the eugenics movement,” Walton said. “It is our responsibility as a community to help current and future generations remember these aspects of our past, just as we celebrate those whose experiences have been ignored.”

For some students, the implementation of a committee to review the legacy behind the names honored throughout campus is an encouraging reminder of the university’s commitment to account for the full length of its involvement with historic racial injustices.

“The accountability behind it and knowing that they are acknowledging the history of the names of the people who [are on] these buildings and their ideologies is very important,” said senior Myah Hobgood, vice president of the Black Student Alliance. “When they said they were changing the names, I was actually very pleased with that because I know that Wake Forest is now taking a hold of what they learned [with the Slavery, Race and Memory Project]. They’re not just doing another town hall about it, which is really good.”

For junior Micayla Jordan, however, just changing the name of a new building without continuing to take steps to make the university a better environment for minority students and faculty will not accomplish much. For her, renaming might not necessarily be as much part of the solution as making sure that these past ties with racial injustices are acknowledged front and center in educational efforts.

“As a Black woman, I lived in Taylor last year and I didn’t even know the history behind it. I think, first, you can increase education about it instead of renaming it … Renaming Taylor doesn’t change my current experience here on campus,” Jordan, who is the diversity and inclusion chair of the Alpha Kappa Psi sorority, said. “So, I think instead of focusing on the names of building structures and streets or whatever else, they need to focus on what’s actually occurring on campus right now to people of color and other minorities.”

Yet, provided that the recommendations proposed by the President’s Commission on Race, Equity and Community become more than just recommendations, the work of the Advisory Committee on Naming has the potential to become, years from now, a visual reminder on campus of changes in the present; a reminder of the public knowledge still being acquired by the Slavery, Race and Memory Project.

“When we name a building something like the Maya Angelou Residential Hall, we are putting into the built environment, a statement of our values. Our values are expressed by the names we give to spaces and physical places and they’re also expressed an embodied in monuments that we build,” Soares said.

For as much as Wake Forest’s past is marked by abominable racial injustices, the university has — through the Advisory Committee on Naming — the opportunity to not only recognize and add context to the values held by its past figures, but to also reflect its current ones.