Campus Grounds gets a fresh look 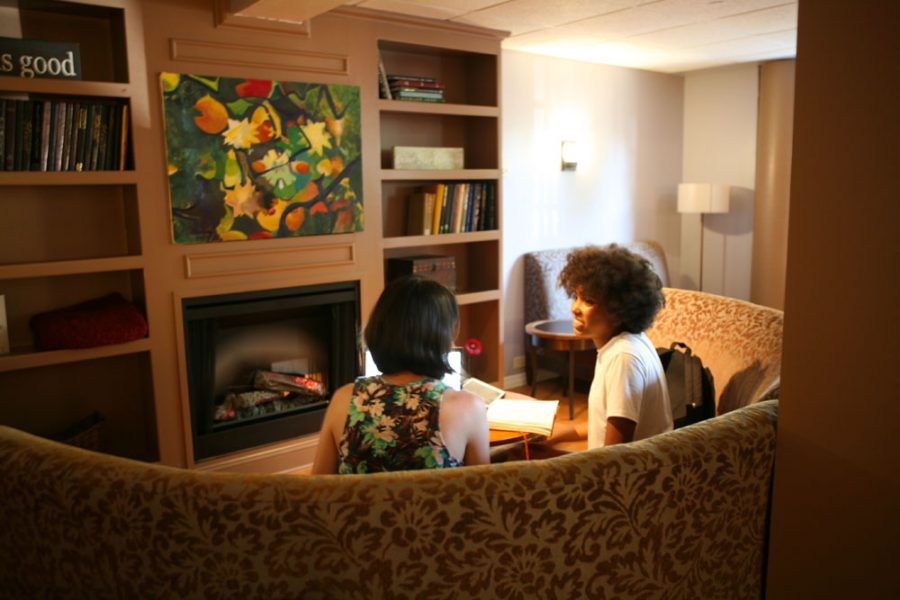 Live local. Drink local. This year, Campus Grounds unveiled a new look after a $30,000 renovation and this slogan, fresh from the mind of general manager and business school student Byron McClendon. The slogan may seem like the perfect fit for the student-run coffee shop.

Campus Grounds is like that indie rock band that your roommate has asked you to try out about ten thousand times. Although it may seem that Campus Grounds can be easily labeled as the “hipster” place on campus, the renovations definitely deliver a breath of fresh air to the 10-year-old coffee shop. Sure, Campus Grounds may very well still be the charmingly dysfunctional little brother to Starbucks, complete with big brother’s hand-me-down furniture. However, something must be said for the diversity of customers and the atmosphere created at Campus Grounds that makes it so radically different and, to some, more fun than Starbucks.

First off, at Campus Grounds, it is totally cool to do things considered poor etiquette at Starbucks. For example, having a full-blown conversation with your barista is totally acceptable and actually encouraged, as is writing on the bathroom walls! Once you get that cup of locally-roasted Krankies coffee, you can unwind on one of the many comfy chairs and sofas found at Campus Grounds. Take a nap if you wish. There is no reason to pretend to be busy there, because no one will care if you aren’t. The circular couches are as useful for large study groups as they are for one person greedily lying upon them curved along the backrest like the little spoon in a tender embrace.

While you relax and enjoy your coffee, why not support local musicians, poets and comedians from the Wake Forest community? An open-mic night is usually held once a week at Campus Grounds, and the new renovations make it possible to fit more people than ever before while preserving the atmosphere of an intimate venue.

Most importantly, I have seen way more people with a story there than I can count. They want to share their stories with you. They want a place where your barista knows you by name and knows your drink before you even order. To this extent, Campus Grounds delivers and the customers notice. That is what keeps people from every major, Greeks and independents, athletes and Deacon fans alike coming back again and again. All are welcome at Campus Grounds. Many have told me that it even feels like a family.

Like any family, we have our worries — worries that Campus Grounds may die out or may be killed by the convenience of the two Starbucks locations on campus. To the Campus Grounds family, I can say that the employees love Campus Grounds way too much to let this happen. I am even hopeful that the new renovations will allow for growth.

I like to think that even that indie rock band your roommate keeps asking you to try may finally strike it big one day. However, does a newer, more mainstream Campus Grounds ruin what the regulars love about the place? Will Campus Grounds sell out during the recording of their second album and destroy their cult following? To this I must give a definite “no,” because no matter how many new faces or couches come into Campus Grounds there will always be the “Hipster Barbeque” Pandora station on the stereo, exploding blenders and baristas who know your first name.