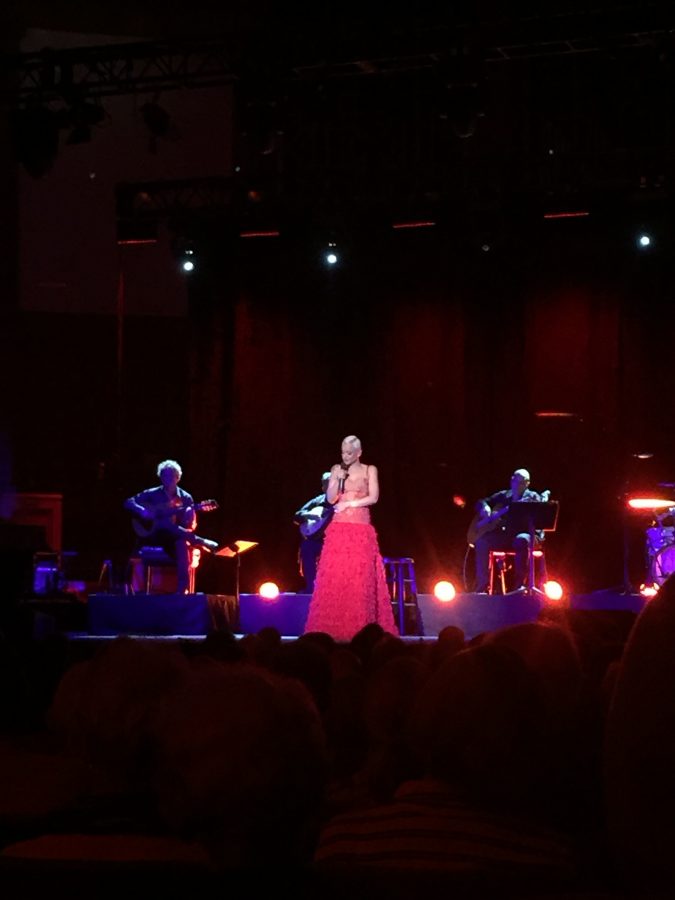 It’s not easy to bring an international pop diva to perform at Wake Forest. That does not, however, mean that it’s impossible, says Secrest Artists Series artistic director Scott Klein.

On Thursday, Oct. 22, Portuguese pop and fado singer Mariza gave a concert in Wait Chapel as part of the university’s Secrest Artists Series.

The concert was the first stop on the singer’s North American tour to promote her new album Mundo, which comes out in January in North America.

For those who don’t know, fado is a traditional Portuguese music form that originated on the streets of 19th century Lisbon as a sort of storytelling. A lot of fado music carries a sense of longing and melancholy. However there are also fados that are hopeful and upbeat, Mariza told the audience.

The concert began with what the singer said were traditional fados with melodies that date back 110 years, including Mariza’s personal favorite, “Fado Primavera.” Mariza then followed these traditional songs with fados that she wrote herself.

These more modern tunes combined the tradition of fado with sounds from jazz, blues, pop, gospel and African music.

Even when she wasn’t actively trying to get the audience to participate, there was a sense that you were a part of what was going on.

Secrest manager Hayden Barnes was very impressed with Mariza. “Her stage presence and demeanor were captivating,” Barnes said. “Her voice and passion for fado were infectious. You couldn’t help but be drawn in.”

Mariza’s style is certainly foreign and new while still retaining its traditional roots and elements.

The concert was an experience unto itself and fairly different than normally performed at Wait Chapel.

Secrest student intern Evan Schlameuss agreed. “I thought it was a spectacular performance,” he said. “Her voice really is something to be admired. I feel that she would have been fine without a microphone.”

However, Mariza’s more direct ways of interacting with the audience didn’t always register well, says senior Adrian Martino. “You could say that she couldn’t read a crowd in terms of us not wanting to sing,” Martino said.

The only disappointing thing about the concert was the turnout of students, or really, the lack thereof.

“I’m very pleased with how everything went from the production side of things,” Barnes said. “The only thing I wish was different was that we had had a larger audience to enjoy the show.”

“I’m glad I went, it was a cool experience. I just wish more students showed up,” said Schlameuss. “I think that for the people that went, it was worth it. She put on a great performance for a smaller crowd, which has both its advantages and disadvantages.”

After the concert here, Mariza traveled to Chapel Hill for a concert at UNC before moving on to New York to continue her tour.

As for the Secrest Artists Series, the next installment will be Keigwin + Company, a contemporary dance company who will perform a variety of solo, duet, and small group dances.