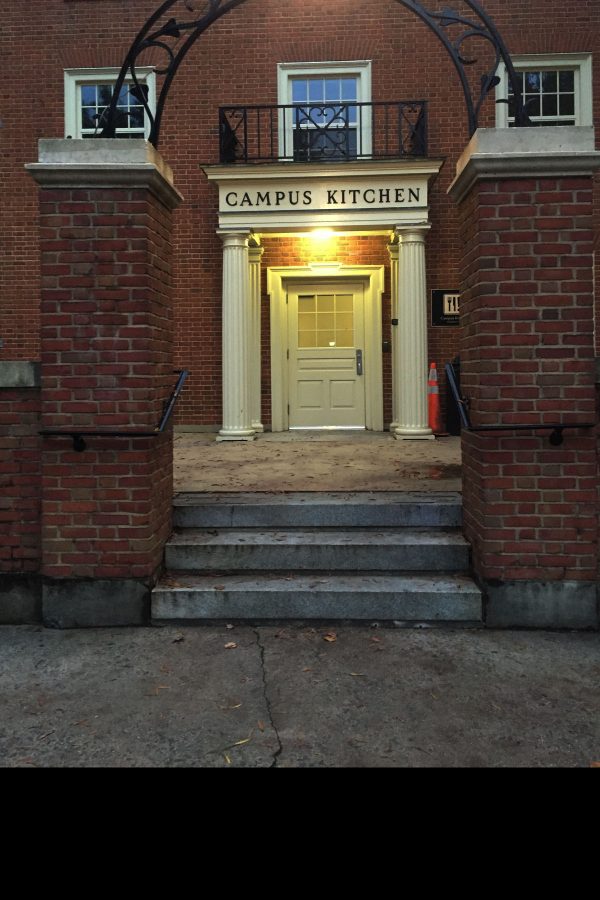 The word “sustainability” has a certain connotation to it. For most, it might conjure up general images of do-goodery like recycling, installing solar panels or turning off the lights when you leave a room.

For Campus Kitchen, a student-led organization that’s been a staple on campus since 2006, promoting a culture of sustainability comes down to food. More specifically, it’s how to minimize food waste while also giving back to the local community. The organization’s mission, then, is twofold: to be environmentally and philanthropically effective.

Campus Kitchen follows a simple, supply and demand type of formula. Our campus has an influx of food, and the Winston-Salem community has one of the highest rates of food insecurity in the nation.

According to the North Carolina Association of Food Banks, one in four children in North Carolina doesn’t have reliable access to enough affordable or nutritious food.

The Pit, on the other hand, has an excess of prepared food every week that doesn’t even make it to the line and isn’t ever served to students. That’s where Campus Kitchen comes in.

“Aramark has been a big piece of the puzzle; we take the food they don’t serve and deliver it to our community partners,” said senior Preston Metz, one of the seven students on Campus Kitchen’s executive board.  “One of big things we try to do is reduce food waste.”

Taking extra food from the Pit isn’t the only piece of the puzzle, though. Campus Kitchen relies on a leadership team of 50 students, along with its executive board, to cover almost 20 shifts a week for the organization.

These shifts include going to The Fresh Market to save food that isn’t being displayed but is still good to eat (and composting the rest), “cooking” or assembling the meals themselves and, finally, distributing it all to Campus Kitchen’s local partners, like The Children’s Home and Azalea Terrace Senior Apartment.

On top of receiving food from the Pit and The Fresh Market, Campus Kitchen partners with the Wake Forest Campus Garden to receive fresh produce. They also stock their own pantry so that even on slow weeks they have something to give the community. As of last year, Campus Kitchen “rescued” over 265,000 pounds of food that otherwise would have been thrown away.

Campus Kitchen isn’t just about the daily operations of gathering and delivering food — it’s also about informing the campus on food sustainability. On top of bi-weekly group meetings, Campus Kitchen hosts and promotes events that relate to their goals. This past week, the organization promoted an event with Dolores Huerta, co-founder of what would become the United Farm Workers, across campus.

Wake Forest administrators have been hugely supportive of the group, according to members of Campus Kitchen.

“Provost Kersh — food insecurity being his area of interest — has helped a lot,” Metz said. “President Hatch dropped our name in his ‘welcome back to school’ email, too, which was pretty exciting.”

For most members of Campus Kitchen, though, the best part of the organization is being able to use practices of food sustainability to better the community.

“The delivery shift is where you get that personal connection,” Metz said. “We’re not necessarily a food bank, we’re using food as a resource to lift that burden from our partner agencies who serve different roles in the community. They shouldn’t have to worry about food for a day or a couple of days; that’s where we come in.”