Public funds should not be used on stadiums 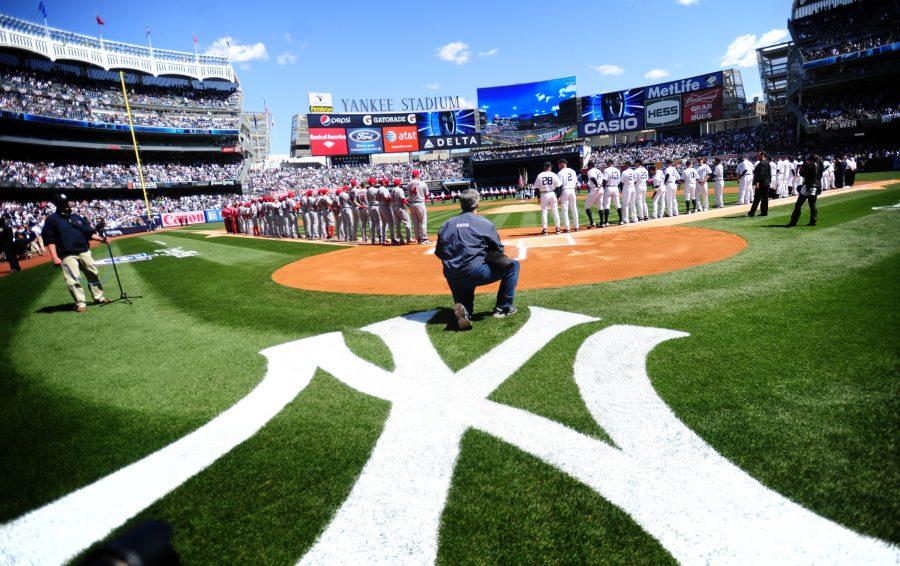 Professional sports play an important role in our society. Grown men sit in front of the television, their happiness dependent on the outcome of their favorite football team.

Professional athletes are also role models to millions of young children and teams are an important part of a city’s culture and identity. However, their stadiums are often a source of controversy. Teams, especially in the NFL, earn a billion dollars in profits per year, and build elaborate stadiums to house their teams. Teams claim that these stadiums stimulate the economy, so they are often funded through local and states taxes. Taxpayers pay millions of dollars to build an arena for their sports team, but the economic benefit does not compare to the cost.

The leading argument for publicly funded football stadiums is their effect on the local economy. Teams promise to create thousands of jobs in the city as well as bring revenue to local businesses.

They claim that people will travel to the city and spend money in restaurants and shops, ultimately making the subsidies worth the benefit. For example, in an attempt to convince lawmakers in Jacksonville, Fla., to fund a stadium, team owners claimed that the move would create $340 million in income for the city and 3,000 jobs.

Though the stadium would create a small number of jobs in the stadium itself, the assertion that it would increase income and create jobs within the community is false.

Rather than bring more revenue to the city, the stadium just substitutes spending. A fan who attended a game may spend money at a nearby restaurant prior to entering the stadium, but if he or she did not attend the game the money would simply be spent someplace else in the city. There is, in reality, no net benefit to the local economy.

In fact, not only are claims of economic growth unsubstantiated, the opposite effect has been observed. It is surprising that subsidizing a sports team could have a negative effect on a local economy, but once again, money spent on professional sports at stadiums, rather thing bring in more revenue, just redistribute wealth.

Money spent on goods inside the stadium are simply a substitute for money that would be spent elsewhere in the local economy. The idea of a sports team is appealing because of the people it will bring to the city, but while people will spend money at the stadium, they will spend less at other businesses.

Families must spend on a budget, and if they spend more money at a game, they will be forced to spend less elsewhere, decreasing the revenue of local businesses.

Since 1997, NFL teams alone have used $4.7 billion of tax payer money to build new stadiums. Cities are willing to pay millions of dollars to attract professional sports teams, because city leaders believe team owners’ claims that the team will draw more income to the region. There is substantial evidence from economists that professional sports are poor investments in local economies, but that doesn’t stop cities from trying to attract teams.