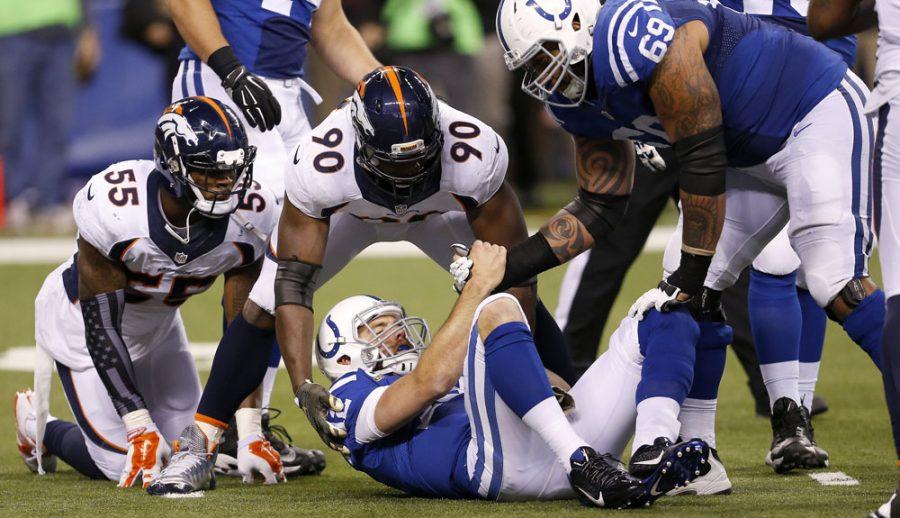 As an interesting NFL Week 9 wraps up, only three teams remain undefeated, the most at this point in the season in NFL history. While the Broncos lost a close one to the Colts, the Patriots, Panthers and Bengals all remain perfect with wins this past weekend. The full slate of games provided upsets, notable as well as dominant performances and a couple of key injuries leaving hurt teams in even more trouble.

Here is a quick recap of the three most important games from Week 9 of the NFL.

What was predicted to be a close and competitive game ended up getting away from the Packers early in Charlotte on Sunday.

Cam Newton, who threw for three touchdowns and ran for one, led the Panthers to victory in one of the best performances of his career, putting them two games ahead of the rest of the NFC at 8-0.

On the receiving end, the rookie Devin Funchess caught one of the touchdowns along with two other passes totaling 71 yards. His touchdown reception was the first of his young career.

The Packers have now lost two in a row after starting the season 6-0, but the blame cannot be put on quarterback Aaron Rodgers, who did his part, contributing 369 yards and four touchdowns.

Down by 23 in the second half, Rodgers led the Packers in a furious comeback but fell short when he was intercepted at the Carolina three-yard line with under two minutes remaining.

The Packers fall to 6-2 on the season while the Panthers remain one of three undefeated teams remaining.

Peyton Manning and the undefeated Broncos returned to Indiannapolis to face his former team Sunday afternoon. However, after a close back-and-forth game, Adam Vinateri kicked a 55 yard field goal in the fourth quarter to break the tie and secure the win for the struggling Colts. Andrew Luck, who threw for two touchdowns, completed 21 of 36 passes for 252 yards and brought the Colts into position to break the tie on that field goal.

However, Luck lacerated  his spleen during the second half and has been ruled out for 6-8 weeks.

Manning, in his return home, was also 21 for 36 with 281 yards, two touchdowns and two interceptions. Despite the poor performance, he is three yards short of becoming the NFL’s career leader in passing yards, which he will more than likely achieve in his next game.

The Colts, after ending a three game losing streak, are now 4-5 sitting atop of the AFC South. The Broncos are now 7-1.