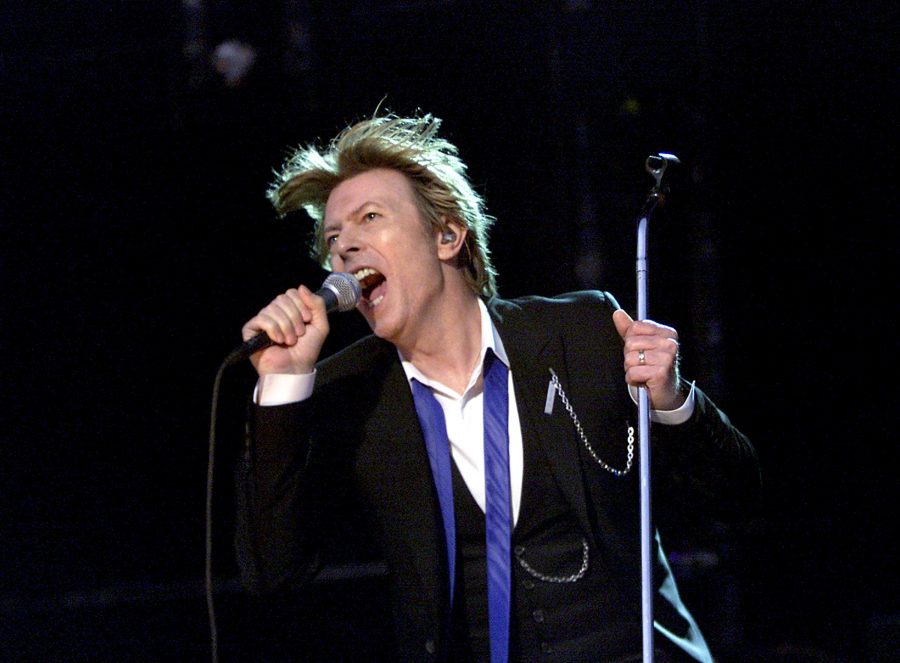 David Bowie’s half-century career spanned several personas from Ziggy Stardust to the Thin White Duke, but his most haunting persona is himself on Blackstar.

Bowie recorded his 25th album while battling a cancer that would steal his life two days after its release on his 69th birthday.

For his final studio album, Blackstar, Bowie returns to the music style that he has loved since boyhood: jazz. Bowie’s longtime producer, Tony Visconti, said Blackstar was inspired by Kendrick Lamar’s To Pimp a Butterfly.

“[They] loved the fact Kendrick was so open-minded,” Visconti said, “he threw everything on there, and that’s exactly what we wanted to do. The goal, in many, many ways, was to avoid rock n’ roll.”

The improvising quartet impressed Bowie so much that he invited the band to record with him; he found the perfect companion for his emotional lyrics.

The dramatic jazz fusion album opens with a haunting 10-minute track, “Blackstar,” setting the mood for the dark album. Bowie eerily foreshadowed the effect of his death in the lyrics: “something happened on the day he died/spirit rose a meter and stepped aside/somebody else took his place and bravely cried.”

The second track, “Tis a Pity She’s a Whore,” borrows its name from a controversial 17th century British tragedy about an incestial relationship. The track features a hip-hop drum beat and saxophone with classic Bowie gender-bending narrative lyrics (“she punched me like a dude”).

In “Lazarus,” Bowie talks about his life, illness, death and how the world will react, “Look up here, I’m in heaven/I’ve got scars that can’t be seen/I’ve got drama, can’t be stolen/everybody knows me know.”

The music video manages to convey the surreal death imagery of “Lazarus,” cutting between Bowie in a hospital bed with a bandage around his eyes and him passionately writing at a desk. He ends the goodbye song with, “oh, I’ll be free/just like that bluebird/oh, I’ll be free/ ain’t that just like me?”

“Sue (Or In A Season Of Crime)” is a reworking of the single released in 2014 from earlier exploration of jazz, the heavy bass and drum track with pained vocals is a narrative about death.

“Girl Loves Me,” has a unique lyrical combination of Nadsat, the language from A Clockwork Orange, and Polari, a slang language used by the London gay subculture in the mid-twentieth-century. This is the most hip-hop influenced track on Blackstar with the only legible line is Bowie’s pseudo rapping, “Where the f*** did Monday go?”

“Dollar Days” is a somber ballad where Bowie is resisting death, “I’m dying to/push their backs against the grain/and fool them all again and again.”

The final track, “I Can’t Give Everything Away,” is a closing reflection on his life, “seeing more and feeling less/saying no but meaning yes/this is all I ever meant/that’s the message that I sent.”

Through Blackstar, Bowie is coming to terms with his impending death and allowing his fans to do the same. Unlike the biblical Lazarus, Bowie will not be resurrected but Blackstar has breathed a new life into his career: his first number one album in America.