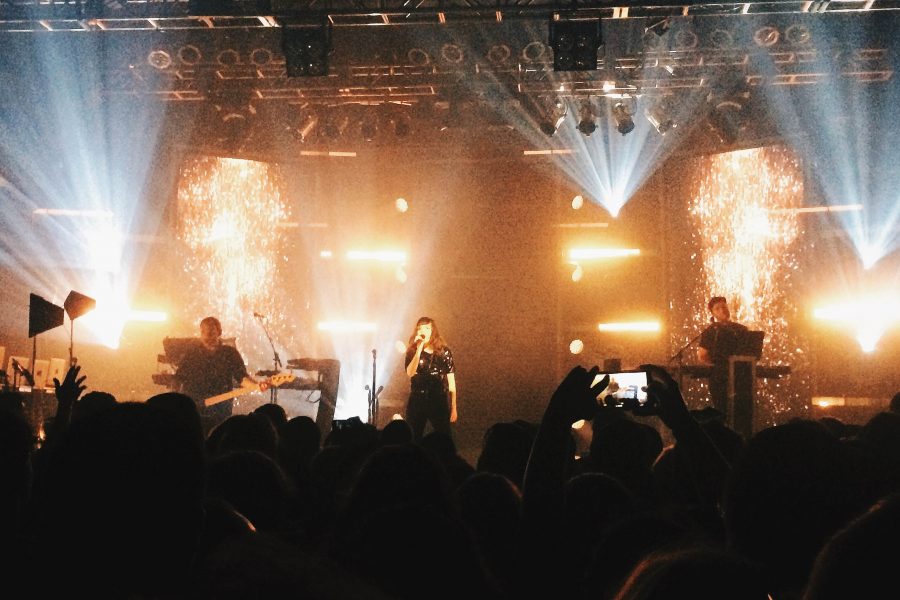 This past Wednesday, The Fillmore in Charlotte, N.C., hosted the band CHVRCHES and their opening act, Mansionair. The Fillmore was packed for the show, with smoke and anticipation in the air and old school rap setting the mood before Mansionair came to the stage.

Mansionair is a three-man band from Australia that has quickly risen on the charts in their home country and has had their album recently appear in Wake Radio’s repertoire.

Their most recent single, “Hold Me Down,” was one that I had stumbled upon before the show, and I immediately knew I would enjoy seeing this band. They have a sound very similar to Phantogram, with smooth and sultry, yet catchy, electronic rhythms and lyrics that catch the ear of any hopeless romantic.

When Mansionair came on stage the lighting was set low and blue behind the band, posing them as anonymous shadows on the stage. Even without seeing their faces, the audience was captivated by their Australian accents and their rendition of “Seasons (Waiting On You),” originally sung by Future Islands. At the end of their set, Mansionair introduced CHVRCHES by saying that they were some of the nicest people they had ever met, no matter how hard they tried not to like them.

Mansionair left the stage and silence fell over the crowd. Then the heavy beats of “Never Ending Circles” spilled from the speakers, and the crowd roared. CHVRCHES’s lead singer, Lauren Mayberry, lept forward and up and down as the “Synth Lords” Cook and Martin Doherty seemed to be lost in their keyboard beats. Hailing from the United Kingdom, CHVRCHES released their first album, The Bones of What You Believe, in 2013, and has just recently released their second album, Every Open Eye, this past September.

The electro-pop group’s sound is one all its own, and is what Russell Lawrence says, “is the sound that all of these new bands try to get, but none of them achieve.” During the concert, Lauren was “like a fairy,” according to attendee Caroline Perkins. You could tell that the band had a great relationship, which made the show that much more fun to watch. Following “Keep You on My Side” Lauren offered some solid life advice: “I used to think everyone had their lives together and I just didn’t, but I’ve realized that no one has their stuff together and that’s okay.”