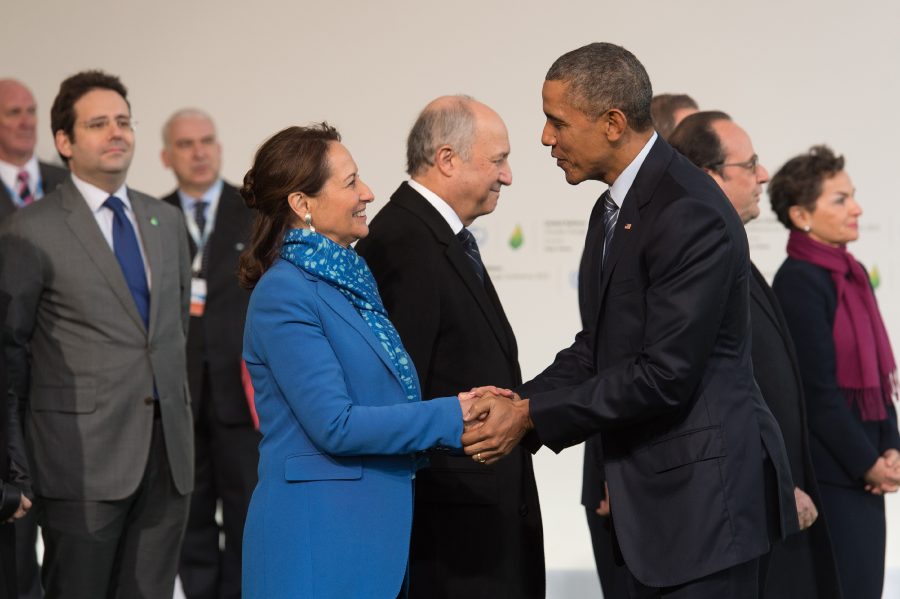 On the morning of November 13, senior Danny Timpona woke up ready to purchase his flight to the 2015 United Nations Climate Change Conference in Paris.

“I was convinced that the timing was finally right. I was going to participate in the largest act of civil disobedience for the climate ever,” said Timpona. “All I had to do was confirm the itinerary with my parents and send a few emails and I was all set.”

But on this same day, with just over two weeks left until the 21st Conference of the Parties (COP21) kicked off in Paris, three teams of Islamic terrorists launched six separate attacks on the city on Friday.

Now, in the wake of 130 deaths, the world anxiously carries on towards COP21 as the unpredictability of future attacks by ISIS hang in suspense. As two of the most pressing issues of our generation collide in Paris with impressive force, the global community understands climate change through a new lens.

While he watched the tragedy in Paris unfold on the news, Timpona determined it was in his best interest not to attend COP21.

But Timpona remains hopeful that as world leaders tentatively prepare to gather under a newfound spotlight on the terror-struck city, environmentalists and politicians alike will understand the importance of international cooperation in COP21 to secure matters of climate change and global security.

This year, one change is that major participating nations have submitted carbon reduction plans ahead of the conference, rather than negotiating them on site per usual.

Taken together, the Intended Nationally Determined Contributions (INDC) pledges from 200 countries are the biggest cut in emissions ever achieved.

Unfortunately, the fact of the matter is that these pledges are still not enough. Without the pledges, global temperatures are predicated to rise by more than eight degrees Fahrenheit by 2100. The INDC pledges lower this jump to just over six degrees Fahrenheit.

In 2010, the goal was to limit the temperature increase to just 3.6 degrees Fahrenheit.

“Even if all the pledges are fully implemented, we’re still going to end up halfway where we need to be,” said John Knox, Wake Forest law professor and UN Special Rapporteur for Human Rights and the Environment, in his November 19 moderated discussion on COP21 in Broyhill Auditorium.

“There’s a pretty clear consensus: we have a challenge in getting countries to do what they say they need to do, but also in convincing them to do more,” Knox said.

With politics revving up in the U.S. as the country prepares for the 2016 elections, stances on climate change have fallen across party lines. As Republican candidates stand firm that taking on climate change will ruin the economy, environmentalists fear that any progress made through COP21 will be reversed by a Republican-elected government.

“Unfortunately, ‘going green’ often gets caught in the crosshairs between red and blue states,” said Wake Forest director of sustainability Dedee Johnston. “When sustainability becomes a political issue, it unhinges our progress and gets mired down in rhetoric that’s based in pundancy, not policy.”

A current of optimism rang through the green community when Pope Francis claimed stake in the climate change conversation in his encyclical in June.

It was hoped that the encyclical’s political undertones would help sway Catholic Republicans into climate change action.

But it seems that most Republicans hope Pope Francis leaves his liberal-leaning views at the Vatican.

According to the Public Religion Research Institute, 60 percent of white U.S. Catholics deny that climate disruption is human-caused, and at least four of them are among the 2016 Republican Presidential candidates.

With a myriad of political, religious, economic and social factors already at play in the climate conversation in Paris, terrorism adds a dimension that can overshadow the rest.

Cultivate Consciousness, Wake Forest’s student-led environmental activism group on campus, had centered its plans this semester on COP21. In light of the recent attacks, they’ve shifted their focus significantly.

Now the activist group is planning an event exploring the link between climate change and terrorism, surrounding their discussion on national security.

One group member, Wesley Skidmore, was brave enough to acknowledge the elephant in the room at the Broyhill climate forum.

“Do you worry about the possible threat of terrorism at COP21?”

Confident that the French government will be able to provide security to world leaders, Knox discounted any doubt about attending the talks in a few weeks. Instead, Knox refocused his attention back to the future of climate change progress.

“Paris is not the endpoint in any sense; this is a road you’re going to be on for your whole lifetime,” said Knox to Wake Forest students. “There isn’t going to be a point where you’ll say, ‘We’re done with that issue.’ Continuing to work on actually making sure countries do what they say and making stronger commitments in the future are both steps that we’ll be continuing to take in the future.”