Adventure to Portugal while in Europe 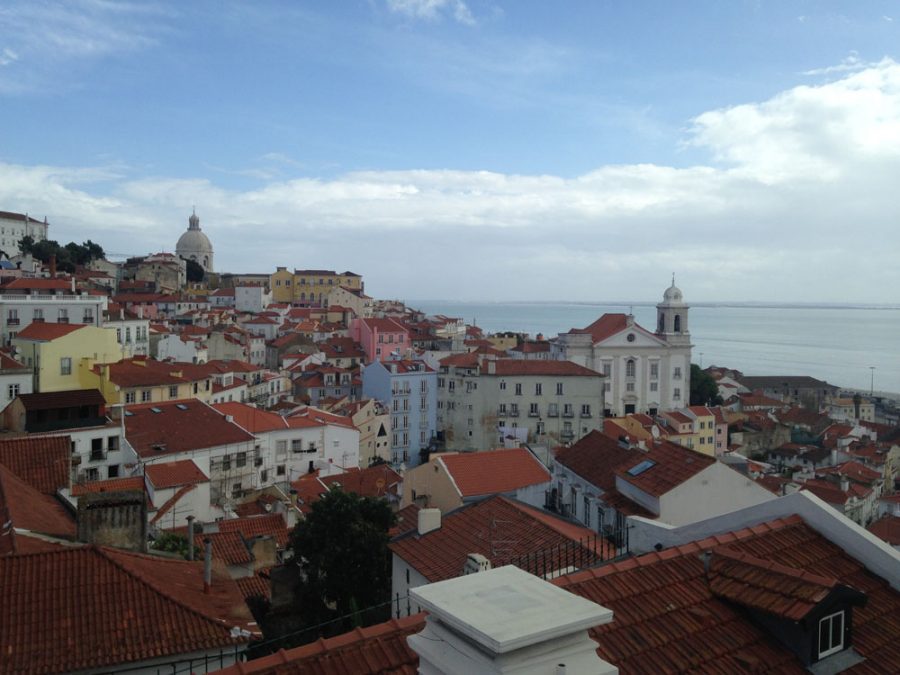 One of the most underrated cities in Europe — Lisbon, Portugal — sits on the edge of the Tagus River, just inland from the Iberian Coast.

I spent a weekend in Lisbon with some friends while studying abroad in Salamanca, Spain. Our first mission was to see St. George’s Castle, an ancient Moorish castle that sits on one of the highest points in the city.

What should have been a nice, 30-minute walk from our hostel ended up being an hour-long ordeal. The streets were hardly marked people kept giving us different directions and all we had to help us navigate through the city was a tiny map we’d picked up at the hostel.

Getting lost in Lisbon, however, should be some sort of a requirement for tourists. Cobblestone roads weave up and down the city’s hills and wind between brightly colored houses, which break every so often to give stunning views of the river. The plazas and sidewalks are decorated with black and white tiles that create massive patterns.

We eventually found the castle, but while wandering the streets, we stumbled across dozens of hidden gems that no one would have ever told us about — a small church perched on the edge of a cliff, the ruins of an old house entirely covered in flowers and gorgeous views of the red-roofed city climbing down to the river below.

The next day, we went to Sintra, a cute little town tucked into the side of a mountain a few miles west of Lisbon. Sintra is known for its castles and intricate gardens that are hidden at the top of the mountain, but we never quite made it there, thanks to a confusing bus system and the fact that none of us spoke Portuguese. We bought a ticket to take us to the top of the mountain, which ended up being the most harrowing bus ride of our lives, but somehow ended up in the wrong place. So instead, we went back down the mountain and ate our way through Sintra, drinking ginjinha, a cherry liqueur, from tiny chocolate cups and eating queijada and travesseiro, Portuguese pastries.

We impulsively decided to keep going west to Cabo de Roca, the western-most point of Europe. One more stomach-turning bus ride later and we found ourselves on a cliff with the sun setting over the Atlantic Ocean in front of us. This was by far the best part of the trip. We spent hours walking all along the cliff until the sun finally set.

On our last day in Portugal, we went to Belem, which is a historic area just outside of Lisbon. There were monuments and museums all stretched alongside the river and one restaurant that sold the best pastries in Portugal — or so we were told.

Even better than the day trips, the views of the river and the colorful buildings, though, is the nightlife. Lisbon at night is a whole different world.

First, everyone goes to a neighborhood called Bairro Alto around midnight. All the bars are all tiny, though, and there aren’t any open container laws, so everyone drinks out in the streets. Bairro Alto starts to shut down around 2 a.m., at which point everyone storms down the hill to a neighborhood called Cais do Sodre, where the main street is painted Pepto-Bismol pink. Again, thanks to the lack of open container laws, everyone drinks out in the streets until the late hours of the morning.

By the end of the weekend, I had about a dozen blisters on my feet and a long, overnight train back to Salamanca, but it was well worth it.