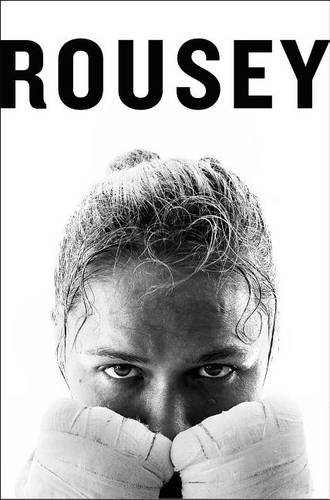 On a daily basis, everyone fights their own battles. Whether those battles are with work, relationships, health, dreams or — quite literally — fighting in an octagon.

While most individuals don’t necessarily experience the latter, Ronda Rousey has experienced them all. In her autobiography My Fight/Your Fight, Rousey tells the story of the fight of her life. Although the media currently portrays her as a woman who has a lot going for her, it has not always been that way for Rousey.

Before reading this book, I had only been exposed to Rousey through her appearances on talk shows and the persona she has when she fights. Based on these exposures, it appeared she was both internally and externally strong.

Rousey explained in her book exactly how she got to that level of strength today. She described how she has learned to always pick herself back up and take life by the reins, even when she is given the worst hand. Throughout the text, the reader experiences so much empathy — combined with a constant feeling of awe and inspiration at the manner in which Rousey attacks everything she encounters.

As a female athlete, her list of accomplishments runs a mile long — including being an Olympic medalist, a six-time UFC Women’s Bantamweight Champion and founding the women’s division of the UFC.

At the same time, Rousey has had experiences more common to the average person than one would expect. She does not sugarcoat her experiences or spare any gory details.  Being broke, living in debt, working multiple jobs and being in abusive relationships are just a few of the adversities she has faced. Rousey invites readers into her imperfect world which allows them to be receptive to the advice she provides throughout the book. As she described in her book, she was told countless times throughout her life that certain things were not possible. Each time, Rousey displayed resilience against those who made such claims and her perseverance allowed her to prove those people wrong.

She used wit and humor to describe some of her rougher encounters, which keeps the book light and entertaining. At the same time, when describing the internal processes of her fights, it is like the reader is in the cage with her.

Each chapter begins with a quote or blurb of motivational wisdom about a lesson to be learned that sets the tone for the ensuing chapter. This structure makes the book a continuous page-turner.

I found myself feeling empowered each time I read some of Rousey’s story. Rather than distancing herself from fans and the average reader, she makes the reader think, “If she can do it, why can’t I?” Whether in the octagon or out, she tries her best on her worst day.

Though only a few readers might want to go out and start training in MMA after reading her story, readers may walk away from her book with a more introspective understanding of themselves and their own lives than they had when they started.