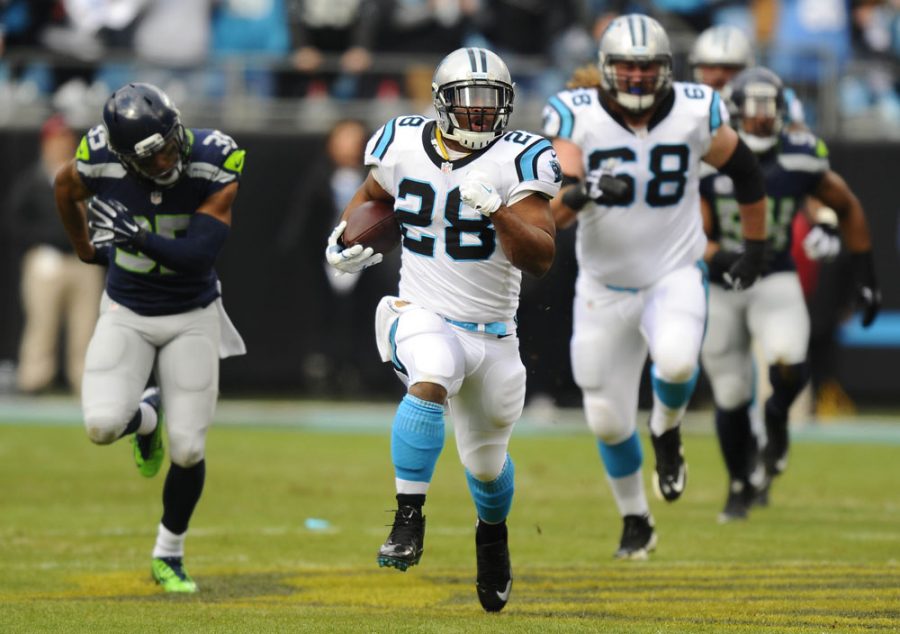 Brady and Manning face off in conference championship for arguably the final time.

The New England Patriots hosted the Kansas City Chiefs in the first of the AFC Divisional match-ups on Saturday afternoon. With the help of two touchdowns from tight end Rob Gronkowski and an impressive game from Julian Edelman, the Patriots were able to outlast the Chiefs and their late game comeback. The Chiefs on the other side were fresh off of a 33-0 win against Houston in the Divisional round and had won 11 consecutive games before heading to Foxboro. Alex Smith threw for 246 yards and one touchdown in New England, but failed to rally his team to complete the comeback as time quickly ran out. The defending Super Bowl Champs will advance to their fifth consecutive AFC Championship.

Despite a very close game throughout, the Denver Broncos found a way to beat the visiting Pittsburgh Steelers last Sunday afternoon. Manning threw for 222 yards and C.J. Anderson scored the team’s only touchdown with three minutes remaining. Ben Roethlisberger, on the other side, threw for 339 yards and Fitzgerald Toussaint had a rushing touchdown as well as a costly fumble late in the game. The Denver Broncos will host the New England Patriots on Sunday at 3:05 p.m. for a chance to head to Super Bowl 50.

In one of the most entertaining games of the Divisional Round, the Green Bay Packers traveled to Arizona to play the Cardinals on Saturday night. Aaron Rodgers threw for 261 yards with two touchdowns.

One of these touchdowns came on a Hail Mary as the clock expired in regulation. The touchdown to Jeff Janis brought the game to overtime. The Cardinals, who thought they had won in regulation before the Packers miracle play, got the ball first in overtime.

They did not waste time. Larry Fitzgerald turned a quick pass into a 75 yard gain and then scored a touchdown on the next play sending the Cardinals to the NFC Championship.

Carson Palmer finished with 349 yards and with three touchdowns, as he moved his team one step closer to the Super Bowl.

At halftime it appeared that this game would not even be a contest. Carolina dominated the first half with two touchdowns from Jonathan Stewart, a defensive touchdown and a touchdown from Cam Newton.

With a commanding 31-0 lead at the half, Carolina thought the game was theirs. However, Seattle had different plans in the second half.

Russell Wilson threw for 366 yards with three touchdown, two to Kearse. Seattle would not give up, bringing Carolina’s lead down to seven.

The Carolina Panthers will host the Arizona Cardinals on Sunday at 6:40 p.m. with a trip to Super Bowl 50 on the line.

The Patriots will travel to Denver to play for the AFC Championship on Sunday.

Tom Brady’s favorite weapons Julian Edelman and Danny Amendola will both be active for the second straight week for the Patriots. Peyton Manning will look to close the rivalry gap as Brady has owned a dominating 10 of the past 15 meetings. This will be the fifth matchup in the playoffs between the two future hall of fame quarterbacks. With two great defenses, look for a low scoring, but entertaining game.

Denver handed the Patriots their first loss of the season back in week 12 in overtime. Brock Osweiler played the entirety of that game, so this will be the first matchup between Manning and the Patriots this year.

The NFC Championship game will be played in Charlotte on Sunday night as the Arizona Cardinals visit the Carolina Panthers in a matchup of arguably the two best teams in the NFL this year. After a shaky divisional round for both teams, there are certainly things to improve on for this game.

The Panthers need to be able to maintain their leads, especially if they are 31-point leads. The Cardinals need to get back the offense we know that they have, especially after the scores of the last game of the season and last week. Watch for Carolina’s running game, the Carolina defensive line against Palmer and especially Larry Fitzgerald for the Cardinals. This game will be a great battle between two of the NFL’s best.