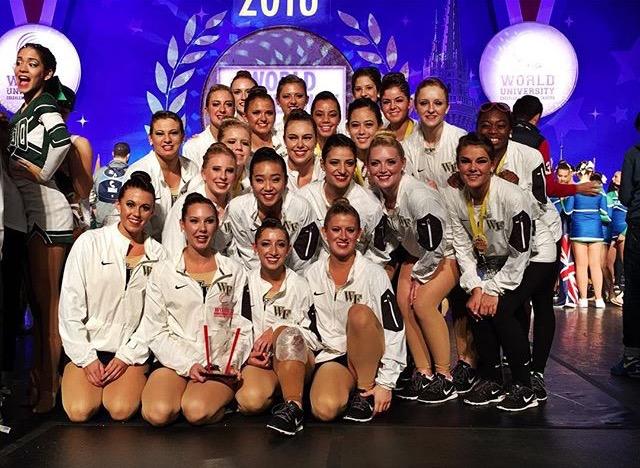 Wake Forest competed in Division 1A for two categories: Pom and Jazz.

Sophomore Yiefi Wu explained just how competitive the weekend was.

“The divisions are based on which division our football team is in, so we were in the hardest division for UDA,” said Wu.

The dance team placed 16th for Pom, and 26th for Jazz in the UDA competition.

The dance team also competed in the World Championship, which is against teams from Japan, Puerto Rico, Mexico and Australia. The team placed 5th in that specific competition in the Pom category of dance.

This is the first time since 2012 the dance team has competed.

“We learned a lot about the dance team world in general and how competitive it is at other schools,” Wu said.

“But as a team we were able to accomplish more than we originally thought.”

The team has been perfecting the routine since the beginning of the year, in addition to dancing at football, basketball and volleyball games.

“It was hard going into it because this was our first year at UDA Nationals and we didn’t know what to expect,” said Wu.

Spirit Coordinator, Bryan Hall, explained that the dance team competing at a national level was good, not just for the team, but for the university.

“I think [UDA] Nationals gives the team the ability to build the program, but also Wake Forest in general,” said Hall. “Anytime you hear Wake Forest — the name — you’re promoting your school, not just athletics.”