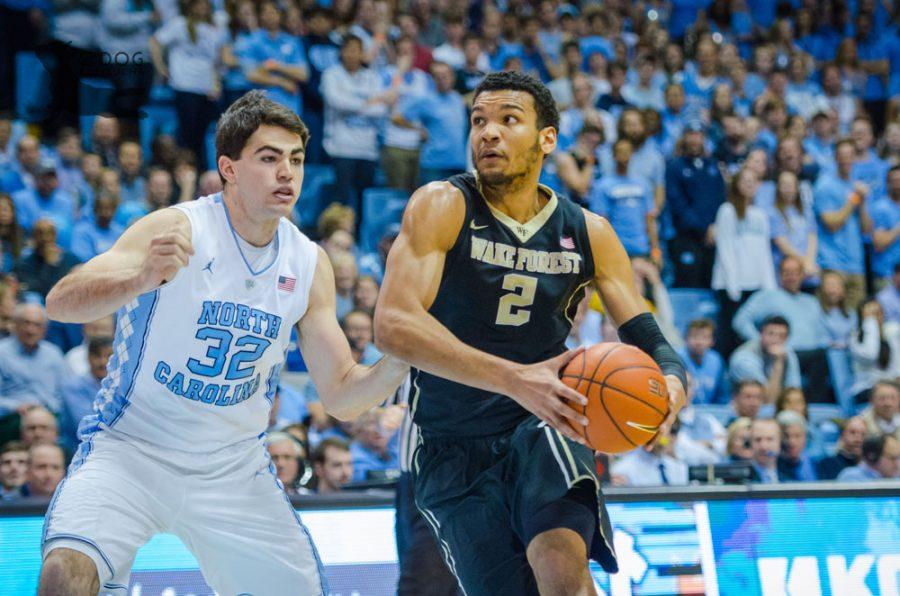 If Saturday’s Wake Forest Basketball game had been a heavyweight boxing fight, the match would’ve been stopped at halftime.

Syracuse, behind an unbelievable first twenty minutes from senior guard Trevor Cooney, came out swinging and never looked back. Cooney poured in Syracuse’s first 11 points and 19 total in the first half, to lead the Orange to a 47-27 halftime lead.

Many assumed that the Deacs would come out prepared and energized after a lackluster performance earlier in the week against Virginia Tech; however, this was not at all the case.

They came out in the exact same fashion and found themselves in an early hole in which they were ultimately unable to rebound.

The same issues that plagued the Deacs against the Hokies were once again prevalent. The team was extremely sloppy defensively, and turned the ball over far too many times to ever be competitive in the game.

The Deacs were two-point favorites coming into Saturday’s game, although Syracuse was likely underrated, as evidence by their win over Duke at Cameron Indoor Stadium earlier this week; however, no team should ever lose to a conference foe by 28 points on their home court.

After a promising start to the season, filled with major upsets and continued signs of growth, the Deacs now appear to be trending in the wrong direction.

It is not unreasonable to expect a relatively young team to struggle and to be inconsistent throughout a long and treacherous season; however, the way in which this Wake Forest team is struggling is what is becoming extremely worrisome.

Over the last two games it is hard to avoid the fact that there appears to be a lack of effort, coming from both the players and the coaching staff at critical moments in the game. Last week’s effort against Virginia Tech is excusable as it was a road game in front of a nearly empty crowd, after just having played the toughest four game stretch of the season. Saturday’s effort; on the other hand, is not.

Granted, the Joel was not sold out, but it was mostly filled and there was a palpable energy in the arena leading up to the tip-off.

There was simply no excuse for the team to come out as flat as they did, allowing the Orange to completely suck the life out of the building.

What was perhaps most disappointing was how the team responded to the early adversity they encountered in the game. Instead of rising to the occasion and clawing their way back into the game, the team simply quit.

There was no apparent urgency or passion in the players on the court for Wake Forest last Saturday. After getting down early, there was never a moment in the game where it seemed as if the Deacs had a legitimate shot at winning and this was not due to a lack of talent.