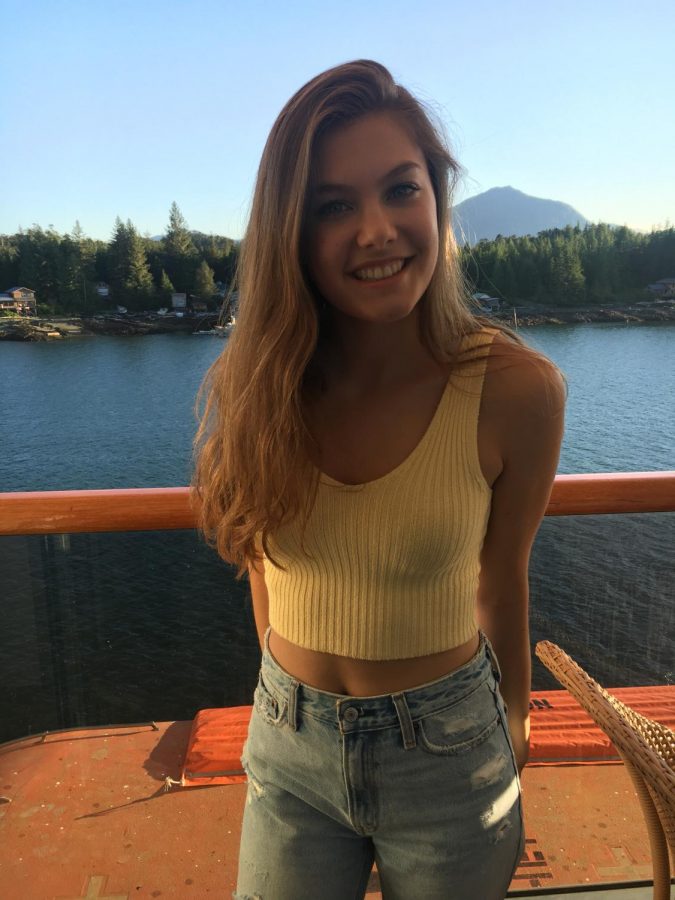 Izzy McMahon is a senior majoring in Political Science and International Affairs from McLean, Virginia. McMahon is the student organizer for “March to the Polls,” an initiative to promote student voter turnout on campus this election. The initiative has been shifted to virtual efforts only after Wake Forest switched to Orange operation status on Oct. 22. But, for McMahon, the message to drive up voter turnout among students will continue strong through this last week of the early voting period.

Tell me about your role in the creation and execution of March to the Polls. How and why did you decide to be involved with civic engagement on campus?

Over the summer, I was a part of Deacs Decide, which is a program that was hosted by the Office of Civic and Community Engagement (OCCE) to try to gather a group of students who wanted to be civically engaged in this election. That’s where the effort started. Then I started working with MTV and a program called “+1 the polls,” which is a program that gets involved with students to protect or preserve polling sites on their campuses. So I reached out to the OCCE and said that I wanted to do a big event to get students to the polls. So that’s how it was started and this is the first year that “March to the Polls” has happened. A big reason why this is the first year is because the polling location on University Parkway is open for the very first time this election, which was an effort that was spearheaded by the OCCE. We wanted to do anything we could to promote that polling location and get students actually using it. Voting this year has been more accessible than it has ever been for students on campus, and we wanted to keep pushing that forward.

The reason why I really wanted to get involved this election and what I think was the momentum behind “March for the Polls” both from myself and from the OCCE is the fact that the young electorate block is going to be the strongest electorate in this election by far. In years past, the power has been held by the Baby Boomers, and young people haven’t had this kind of political power before. But, the only way for young people to actually exert that power is to vote. There’s a whole lot of potential for Millenials and Gen-Z to hold control this election, but there has to be some momentum behind the electorate to get people actually voting because, statistically, young people don’t vote at high rates. That is something that has been true of Wake Forest’s campus for a number of years.

In 2016, only 41.1% of Wake Forest students voted in the general election which is nearly 10 points below the national average for educational institutions. We knew that voting was an issue on campus and we knew that voting has a lot of power. It was a dual effort in that sense, and we just wanted to facilitate voting in any way we could. There is research that shows when students are given a plan to vote and they hear that their friends are voting at one time, it makes people so much more likely to actually go and cast their ballot. We wanted to create a plan for students that might not otherwise have one. Now it’s going to be more of a virtual effort, but we are still trying to get as many students to the polls as possible.

What were your responsibilities as the student organizer?

I reached out to all the organizations, planned all the dates they were going to go, kept track of who was going when and where, and what was happening. I also helped create the social media content that was used to help promote the event. I organized all the logistics of it and the OCCE used their network to blast it out there. They used their email chain, and they put it on Instagram, but then I was behind the scenes making sure organizations were signed up and just taking care of all the logistics.

What is something you’ve learned through leading March to the Polls?

What the past couple of days have taught me is that, with COVID-19, this election is so unpredictable. We had this whole event planned and then it got shut down. Our election is in eight days, and the whole country is shutting down. There are so many states that are peaking [in COVID-19 cases]. Everything is just so uncertain, and I think that can make people feel really overwhelmed or really powerless, but I would encourage those people to still carve out some time in their day to go vote. It is so important because your vote will change the direction of our country or maintain the direction of our country.

I would say the reason why I’ve gotten so involved in student voting is because, like I said before, Millennials and Gen-Z literally hold the power in their hands to change this election. I think a lot of people don’t realize that and because of that there are lower student voter turnout rates. That’s why it’s important to create that energy and momentum behind voting to make people realize how important it is. Voting is so important because it is the only tangible way to have your opinion translate into politics. You can feel anyway you want about policy and legislation, but if you are not actually voting then your attitudes aren’t necessarily reflecting upon policy and legislation. Students tend to get really involved in social movements and protests like we saw this summer. I think a lot of students were involved in protests and they posted on social media, but it becomes important for those very same students to then vote on Election Day. It puts another pressure on our politicians to create policy that will reflect those views. It all comes down to making your voice heard in a really tangible way because it’s the way politics works, and it’s so fundamental to our democracy. Your vote is your voice, and I want to encourage as many people to use their voice as possible.