Though the rise in cases is worrying, many professors believe campus will weather the storm caused by a spike in COVID-19 cases 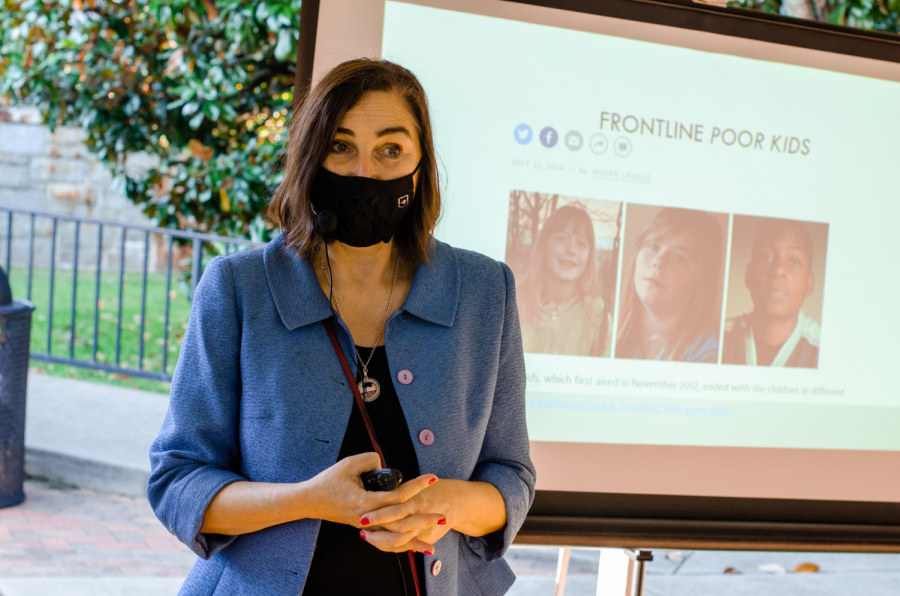 Even as coronavirus cases on campus surged, leading to a  switch to Orange status, leads to worry on campus, many faculty members teaching face-to-face are keeping their classrooms the same — believing, in wide consensus, that the university will weather the storm.

Many are worried or disappointed in the sudden rise in case numbers. However, the faculty members interviewed widely believe that a spike in cases was inevitable.

“Yes, I’m worried, because I do take COVID-19 seriously and I think we should all take it seriously. At the same time, it’s a tempered or a balanced kind of worry, because I believe we have the means to mitigate it,” said communication professor Rebecca Gill. “It’s not surprising that we would have a spike. I think it would be surprising if we went through the whole semester without a spike.”

Gill is making a few modifications to her face-to-face class. Notably, she is offering a Zoom link for every class after noticing that many students could not attend due to quarantine regulations.

Pat Lord, a biology professor and virologist, agrees. Though online lectures have forced her to rethink how she teaches, her face-to-face classes are largely the same. Like Gill, she isn’t shocked by the spike.

Robert Whaples, who teaches economics, is primarily worried about his students. His biggest concern is that campus will switch to Red operation status, and he will be unable to teach to his students face-to-face.

“Of course, I taught the same class this summer, entirely online. But students just don’t learn as well when they [take [classes] online,” Whaples said. “To me, one of the main reasons is that you know that the test is going to be open book. You just don’t study the same way, you don’t learn the information as well, you don’t retain it as well. I gave the exact same exam this semester as one of my sections over the summer. In the summer, [my students] had an hour and 20 minutes, and in this class they had 55 minutes. In the summer it was open book, and in this one it wasn’t. And the students [still] did better this semester.”

In describing the spike on campus, Whaples called it a “hiccup” — something of a common theme among the interviews. Sam Gladding, who is teaching a face-to-face first year seminar this semester, used the same word to describe the recent spike. He said he believed the university had a good plan for addressing COVID-19 on campus, and that following the guidelines remains the key to mitigating the spread.

“I think there was a good plan to start with, and it’s been followed except for this recent hiccup. And I consider it more of a hiccup than indigestion. I think we’ll come out of it okay,” Gladding said.

Faculty members tend to believe that the rise in cases is due to the actions of a few. Almost all praised the majority of students for remaining responsible as the semester continues.

“Everybody has been pretty responsible about wearing a mask and keeping social distance. I’m disappointed that, apparently, some students did things that maybe were not as prudent as they should have, and therefore let their guard down,” Gladding said. “I’m disappointed in that because we were doing so well, and I thought students were doing great.”

Lord praised the university’s response to the virus. Yet, to mitigate the spread of the disease, she said, it comes down to the actions of individuals, like wearing masks and minimizing possible exposure. Large gatherings and parties — especially superspreader events — are the culprits university students need to avoid, she added. She also emphasized the responsibility the community has to keep each other safe.

“The individuals, the members of this community, we think about as our family. When I think about family, I think about what I can do to minimize somebody else’s exposure. I wear my mask and I don’t put myself in situations where I can be exposed to the best of my abilities,” Lord said.

As the university watches the spread of COVID-19 during the evaluation period, many professors hope they’ll remain able to teach in-person.

“I’m feeling like this is almost a regular semester,” Whaples said. “I’m totally happy and ready to go.”