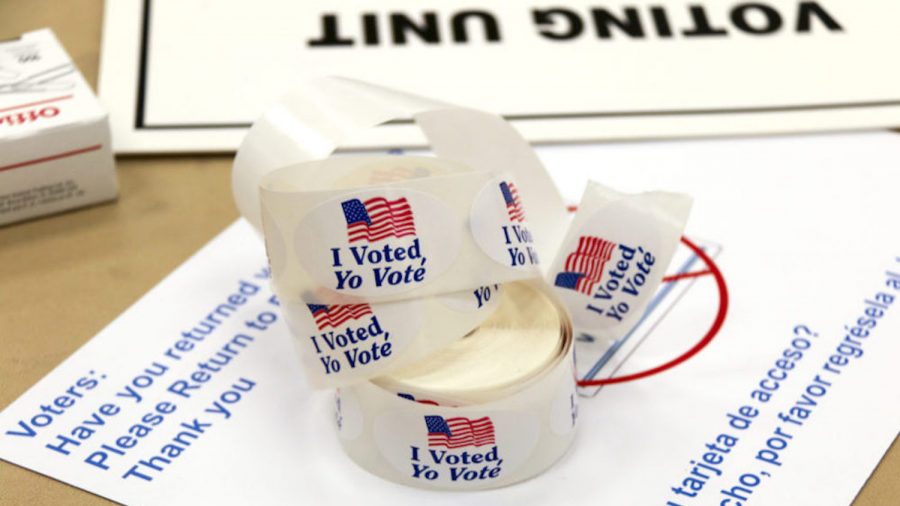 Presidential Race:
Former Vice President Joe Biden has been the front-runner for the 2020 presidential race for what seems like forever now. Biden’s lead over President Donald Trump has fluctuated on average across national polls from 6.4 points in late March — when the COVID-19 pandemic was at its worst in the U.S. — to 8.6 points now with less than 48 hours before Election Day, according to FiveThirtyEight’s national polls average.

In North Carolina, however, Biden appears to hold a slimmer lead, being favored by just two points, according to the latest Siena College/The New York Times forecast, a difference that is within the +/- 3% margin of error. This means that if a similar scenario to the one in 2016, where polls slightly underestimated Trump, the president could carry North Carolina on election night.

A figure that might play to Biden’s advantage, however, is North Carolina’s higher voter turnout during early voting in 2020, which is usually associated with a higher percentage of Democratic voters. So far, more than 4.5 million people have cast a ballot in the state ahead of Election Day, roughly 1.4 million more votes than the 3.1 million registered during early voting in 2016.

The higher early voting turnout might also translate to a higher turnout among young voters in North Carolina. So far, young voters (age 18-29) have cast 462,600 ballots during early voting, equivalent to 64.75% of the total youth vote recorded in 2016. This might also bode well for Biden, as Hillary Clinton did better than Trump among young voters in 2016. FiveThirtyEight has Biden as a “slight favorite” to win the state’s 15 electoral votes with a 66% chance against Trump’s 34%.

The North Carolina State Board of Elections expects to process 97% or more of all ballots cast in the general election by election night, meaning that a winner could be declared on the eve of Nov. 4.
Senate Race:
The North Carolina Senate race has been one to watch since the very beginning of this election cycle. Thom Tillis, the Republican incumbent, is currently serving his first term as senator. He is being challenged by Democrat Cal Cunningham from Lexington, N.C. Cunningham is looking to get back into politics after serving as a state senator from 2001 to 2003 and then in the United States Army Reserve in Afghanistan as a lieutenant colonel.

This race is considered to be one of the Democrats’ best chances to flip a Senate seat, as well as a key seat in helping them win a majority, despite the fact that the race has been plagued by scandal. On Oct. 2, Tillis announced that he had tested positive for the coronavirus after attending the notorious White House “super spreader” event. That same day, Cunningham, who has centered his campaign on his character, was caught in a sexting scandal and was alleged to have engaged in an extramarital relationship.

Despite these two scandals, polling does not show that public opinion has changed significantly with regard to this race. In a Times/Siena College poll from this past week, Cunningham continues to hold a narrow three-point lead over Tillis, though his lead has decreased since the beginning of October.


Gubernatorial Race:
Democrat Governor Roy Cooper is running for re-election against Republican and current Lieutenant Governor of North Carolina, Dan Forest. Cooper has been consistently polling better than Forest throughout the race. According to FiveThirtyEight.com, the latest Emerson College poll has Cooper sitting on a comfortable ten-point lead above Forest.

In a state full of toss-up races at the top of the ballot, the gubernatorial race is not expected to be one. Cooper is projected as a double-digit favorite by most polls and a win by the Republican challenger would take a rare polling error. Each candidate’s campaign contributions accentuate the sizable disparity between the two, as Cooper has outraised Forest by almost $26 million, according to the latest campaign finance reports.

Cooper’s lead in the campaign trail is likely a result of the Governor’s positive handling of the COVID-19 pandemic. Despite the state registering over 277,000 cases and 4,000 deaths since the start of the pandemic, most voters seem to approve Cooper’s handling of the public health crisis, with Cooper standing at a 47% approval rate according to data intelligence company Morning Consult. Expect the incumbent to win this one.
Congressional Race:
Democrat Kathy Manning is running for Congress again this election season after unsuccessfully challenging republican Ted Budd in 2018 in the 13th Congressional District. This time, she’s running in the reconstructed 6th District, which now includes Wake Forest, and will face GOP-nominee Lee Haywood in her quest to fill the open seat.

The 6th District tilted left after partisan and racial gerrymandering favoring Republicans led lawmakers to redraw the state’s congressional map following the 2018 election. Former Republican Rep. Mark Walker announced he would not even run for re-election in the newly formed 6th District, opting instead to give up the seat he first won in 2014.

Manning’s ties to the local community helped establish her as a fierce competitor early in the 2018 race and earned her name recognition. She practiced immigration law in Greensboro before starting her own firm and has long been an active fundraiser for community causes such as the Community Foundation of Greater Greensboro and the University of North Carolina at Greensboro. By the end of the race, Manning raised more than $4 million and significantly outraised and outspent Budd.

Haywood, who has never run in a campaign before, is the chairman of the Guilford County Republican Party. His congressional campaign has focused on three main issues: getting rid of the national debt, establishing a fair immigration policy and abolishing the Department of Education, thereby turning over that power to the states.

Campaign finance records reveal that Manning had raised significantly more than Haywood, putting up over $1.3 million to his mere $15,000. She has outspent him by even greater margins. No recent polling for this race could be found, but it has been projected that Manning will likely win the seat.


State House Race:
Expect a solid line on education policy from either of the two candidates vying to represent the 72nd Legislative District in the North Carolina House of Representatives.

This is because the race to fill the seat left vacant by Derwin Montgommery, who challenged Democrat Kathy Manning in the 6th District Congressional primary and lost, is being run by two educators: Democratic principal Amber Baker, and Republican special education teacher Dan Lawlor.

Lawlor, who was a salesman for sports companies before becoming a teacher at the local R.J. Reynolds High School, is running a moderate issue line. His campaign site lauds the pandemic response taken by both New York Governor Andrew Cuomo and incumbent Vice President Mike Pence. His education stance supports public education, and he has called for increased surveillance of law enforcement.

Baker, the former principal at Kimberley Park Elementary School, chairs the Forsyth County Democrats’ African American Caucus. Her campaign website does not outline any specific policy issues.
State Senate Race:
N.C. Senator Paul Lowe is seeking a fourth term in Raleigh after first being elected to the body in 2015. Lowe will face off against Republican Ven Challa in this year’s race to represent the 32nd District.

Lowe, a former clergyman, found himself in hot water this term, as a police investigation found that he assaulted a member of the press, Policy Watch reporter Joe Killian, inside the capitol on Sept. 11, 2019 by grabbing and throwing Killian’s phone across a room — no charges were filed, and Lowe has since apologized. Additionally, an April ethics complaint of bullying and harassment by NC State Senator Erica Smith named Lowe, with whom members of the senate said had used hostile language before, according to The News and Observer.

Challa, a former pathologist at Wake Forest’s School of Medicine, has been trying to pick off Black voters, stressing issues like education. He may run into a snag there, considering Lowe is the Chair of the NC Senate’s Black Caucus. Challa supports school choice, meaning he believes that parents, rather than the Department of Education, should receive federal education dollars. He also believes teachers should be able to carry guns to school, according to responses he provided to iVoterGuide. Lowe’s focus, per his campaign website, is on improving public education and making it safer and better for students.

Lowe has been endorsed by Planned Parenthood Votes! South Atlantic and the North Carolina Association of Educators. There are no evident endorsements for Challa by any group.

Challa appears to be self-funding his race and is the source of over $77,000 of his campaign’s $79,783 raised. Lowe boasts a fundraising total of $88,878, mostly from Political Action Committees (PACs).
State Attorney General Race:
North Carolina Attorney General and Democrat Josh Stein is being challenged by Forsyth County’s District Attorney, Republican Jim O’Neill. Stein is currently serving his first term as Attorney General, which he began in 2017, and is the state’s 50th attorney general. Stein also served as a member of the North Carolina State Senate’s 16th District from 2008 to 2016, a position he left to run for Attorney General. The campaign has been recently defined by O’Neill’s accusal of Stein’s failing to address a backlog of approximately 15,000 of untested rape-kits in the state.

O’Neill was first appointed to serve as Forsyth County DA in 2009, and has served in the position ever since. In 2016, O’Neill made a bid for the Attorney General position after Roy Cooper left it vacant to run, and eventually be elected, as governor. He was defeated in the primary by State Senator Buck Newton, who went on to unsuccessfully challenge Stein in the general election.

O’Neill has also closely aligned himself with President Trump and spoke at Trump’s Sept. 8 rally in Winston-Salem at Smith Reynolds Airport. During his speech, he described Stein as a radical leftist. O’Neill has cast himself as a “law-and-order” prosecutor. Following O’Neill’s announcement that five detention officers and a nurse involved in the death of John Neville were to be charged with involuntary manslaughter, protests and occupations broke out in Winston-Salem, just as the country was reeling from the death of George Floyd. That night, five protestors, including Wake Forest sociology professor Brittany Battle were arrested on charges of impeding traffic. O’Neill has also accused Stein of failing to contain protests in Raleigh over the summer.

Both candidates have publicly denounced defunding the police. While Stein supports creating opportunities for reform in law enforcement, O’Neill has stood by law enforcement agencies, even in the midst of protests over racial injustice and police brutality.

The most recent poll conducted by East Carolina University just last week has Stein holding a seven-point lead over O’Neill.