With the recent global attention received by the #EndSARS campaign in Nigeria, Fela Kuti's music has experienced a resurgence 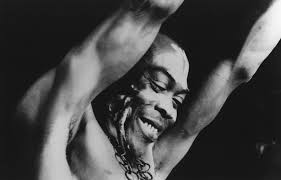 Fela Kuti was a Nigerian musician and political activist, known for his advocacy for marginalized peoples in Nigeria. His influence was critical while he was alive, and still today 23 years after his death (Photo courtesy of spotify.com)

The #EndSARS campaign launched in Nigeria has opened the world to the mass atrocities for which President Buhari’s Nigerian government is responsible. Starting as a rallying cry to end police brutality in the country, it has turned into a violent affair with numerous murders by the police force and army thus far. The peak of these protests and violence so far has been the Lekki Massacre in Lagos, where army troops shot into a crowd of protesters, killing at least a dozen, with numbers being under reported by the country. As concerned people all over struggle with how to aid this issue, the United States, Europe, Asia and the United Nations have all turned a blind eye to what has occurred. Unfortunately, this has been standard procedure for generations in Africa, one that the late Fela Kuti, founder of the Afrobeat genre, multi-instrumentalist and Pan-Africanist, has long documented in his music. Kuti’s music couldn’t be timelier to study as a look into Nigeria’s continued struggle of leadership and a realization of the country’s need for radical change.

Known as the “Black President,” Kuti fully encompassed his role as a fearless leader for the marginalized voices in Nigeria and on countless occasions was brutalized for it. It would be an understatement to claim the Nigerian government hated him and his activism. A harsh critic of the army and leadership, Kuti not only was crucial to fighting the power of his time, but ultimately fighting the power that is still in charge today, 23 years after his death.

On Feb. 18, 1977, 1,000 soldiers marched up to Kuti’s housing complex in Lagos and brutally beat him, and the men and women in the complex. Most notably, Kuti’s mother, Funmilayo Ransome-Kuti, a women’s rights activist and founding mother of the country who pushed for Nigeria’s independence, was hurt with wounds that would eventually lead to her death. There’s two deep layers to this response from the army. First, as an event allowed by a military dictator in Obasanjo who would run the country as president again over 20 years later, this situation speaks to the stagnant nature of Nigeria’s government that led to the events we see now. Second, if this is the response to a musician using his freedom of speech, surely the response to youth all over the country must be bad as well.

Kuti’s music from this moment of brutality can be tracked in a timeline of expanding political consciousness not only in his messaging for the people of Nigeria, but to African people and all the way up to the United Nations. “Sorrow, Tears and Blood” explains the hurt and confusion that arises just from the police and army paying a visit to neighborhoods. He argues that citizens are scared to fight for their rights because of this intimidation. As a symbolic gesture for his mother’s passing, Kuti traveled to Obasanjo’s home to deliver a symbolic “Coffin for the Head of State” as a sign of shame, which is also the title of Kuti’s 1981 album and track. On top of this funky tune, Kuti sings about the corruption and danger that the government brings to Nigerians, especially the young population of students.

As Kuti’s career wound down, he still had yet to make his most important statement. His 1989 track “Beasts of No Nation” is a summation of heart of the issues Nigeria faces in its leadership and the ultimate protest music for #EndSARS movement. This track arrived after Kuti was jailed for three years by General Muhammadu Buhari’s military government on phony charges. Another example of Nigeria’s stagnant leadership, Buhari would become president again in 2015, and he is now the current incumbent at fault for the past month’s occurrences. In this song 31 years ago, Kuti told his supporters instead of worrying about his prison stories, they should focus on the outside world where all of the craziness and human rights violations occur. Confrontation with the police, judges and soldiers were all worse than prison could have ever been for him. He recalled the news of authorities killing students in Soweto, South Africa and Zaria and Ife, Nigeria, and calls out figures as big as President Ronald Reagan and Prime Minister Margaret Thatcher. Kuti warned that President Buhari was a crazy man with animal-like qualities. A cool lyric originally to dance along to, it has now become a devastating reality with the lack of action displayed by the President.

Even further, Kuti’s attack on the United Nations is still applicable to this day. Along with Buhari, Kuti calls leaders of the U.N. animals who don’t care about the rights of citizens. In the midst of current protests and the Lekki Massacre, the response from these leaders has been minimal at best. Pushing forward towards a brighter future, Nigeria’s youth, with the understanding of the lack of care they receive and stagnant government they reside in, Kuti’s music will continue to be central to this fight.