The Giants, Ravens and Patriots all suffered tough losses over the weekend 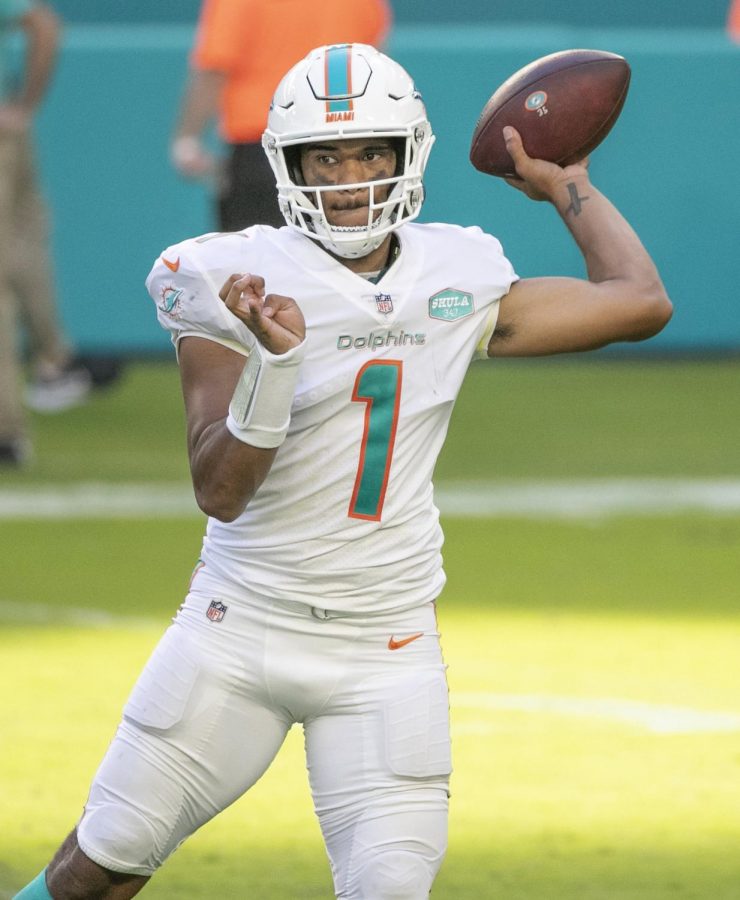 Week 8 has finally rolled around, and the league looks inarguably different from the way it was projected at the beginning of the season. There is only one undefeated team that remains, but there are still more than a handful of title-contenders. There isn’t a clear favorite in either conference, as great players have reshaped bottom dwellers and other star players have folded in consecutive games.

The Pittsburgh Steelers survived an early season test in the form of former MVP Lamar Jackson and his Baltimore Ravens. Coming into the game, Jackson and the Ravens had stayed afloat, maintaining their status as one of the few elite teams in the NFL. Lamar Jackson had done just enough to carry his team to victory in five games, but in this game, under the weight of national attention, Jackson fell prey to the Steelers Defense, turning the ball over four times in a four point loss. The big story that should come away from this game is how dominant the Steelers’ defense is. Their unit, which reminds me of the famed Steel Curtain of old, held the Baltimore offense to 24 total points, withstanding a rushing attack that amassed 265 rushing yards. If you’re going to pick a Super Bowl favorite, the answer should be obvious thus far. The Steelers have the DNA for a title-winner, the only remaining problems that need to be addressed involve their offense, which failed to score in the first half.

Some of the more surprising results of this weekend of football came in the following pair of games: the Los Angeles Rams at the Miami Dolphins, and the Minnesota Vikings at the Green Bay Packers. In the first matchup, the usually proficient Rams offense was shut down by the Dolphins defense, who may or may not have been rejuvenated by the emergence of Miami’s new starting quarterback, Tua Tagovailoa. Jared Goff had four turnovers in an absolute collapse that reminds me of his Super Bowl performance. Every now and then it seems as if the Rams have never fully answered the question posed by the Patriots in their Super Bowl loss. The recipe for victory in this Dolphins win was a spectacular pass rush, great special teams play, and no turnovers from the rookie QB. This win gives them some promise. Everyone thought they wouldn’t have won but one or two games, but this victory raises the Dolphins to a 4-3 record.

In Lambeau Field, there was an explosion. If you played against Dalvin Cook in fantasy this week, I feel your pain. The 25-year-old running back erupted for 226 scrimmage yards and four touchdowns over the same old inept Packers defense. This game is a serious warning sign for the Packers. It wasn’t Kirk Cousins finally playing up to his contract, nor a down game from Aaron Rodgers, who threw three touchdown passes and no interceptions. This was a reappearance of the Packers defense of old. It is the same Packers defense which has prevented Rodgers from winning Super Bowl titles, and if the coaching staff and general manager aren’t careful, it will be the same Packers defense which will stop him from winning a title this year.

On Monday night, the New York Giants played a surging Tampa Bay Buccaneers squad. One of the most interesting stories to track during this season has been the parallel story of Bill Belichick and the Patriots and Tom Brady and the Buccaneers. There were questions being asked about the Patriots dynasty of old. Who was more integral to their success? Brady or Belichick? It seems as if most people have determined an answer. Brady looks to be leading a Buccaneers team that was a bottom feeder last year, whereas the Patriots are stuck in a 2-5 hole with a quarterback who seems to be on his way out. Take from that what you will. Brady and the Bucs walked away with the victory tonight, overcoming an early 14-3 deficit to win 28-26.

If there is one thing to be learned from this week of football, it is that defense is still king. The brunt of front office work may be directed towards building an astronomical offense to match the likes of the Kansas City Chiefs, but in reality, you need a defense that can stop them. Right now, it seem as if the Steelers have realized this formula. Ben Roethlisberger seems to be elite, and the offense has plenty of options to score and to move the chains. Don’t count out some of the NFC title-contenders. Sometimes all it takes is a transcendent talent like Brady to put you over the edge.